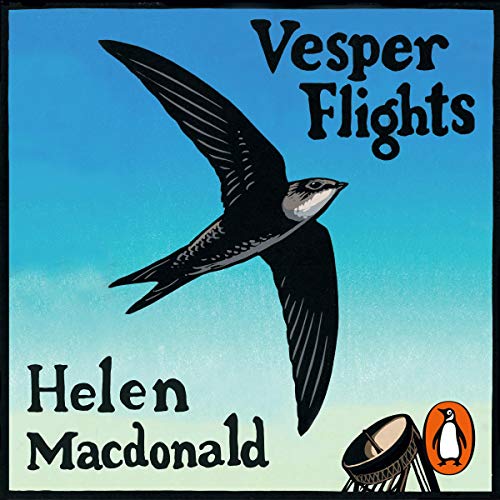 This week, we have an intriguing and lengthy collection of evocative essays about nature to help us ride out the rest of winter, a novel based on a wunderkind of Old Hollywood, and a spy caper. Please remember that all titles are available at local bookstores and libraries.

You would never know British writer and naturalist Macdonald is not a trained narrator because, while she may sound a bit careful and controlled, her diction is perfect and her inflection is enhanced by her feelings. We hear her authentic voice as she relates her personal story in this evocative collection of essays about the natural world. With 41 entries, many short enough to enjoy during a coffee break, we join her while she hunts mushrooms, faces down wild pigs, and explains how and why she became a naturalist. Macdonald reveals a gentle style and a sense of wonderment, both in her writing and her delivery, that leaves the listener feeling relaxed, educated, and entertained. Grade: A

The Heart of the Lion: A Novel of Irving Thalberg’s Hollywood
Martin Turnbull; read by Donald Davenport
Martin Turnbull, 13 hours and 48 minutes; audible download only; $24.95

Old Hollywood is conjured up in this fictional biography about golden boy Irving Thalberg, the wunderkind who helped establish an industry that still flourishes. This is when talkies were just being ushered into theaters, when ladies drank sidecars, and the studio system was in full play, covering up scandals and controlling careers. Well researched, this digs deep into Thalberg’s short life, but also explains Greta Garbo’s unique approach to her career, his relationship with Louis B. Mayer, and reveals intimacies about his marriage to Norma Shearer. Davenport’s impersonations are a bit off the mark, but he nicely elicits a time and an era that fairly sparkles with wit and creativity. This is great fun. Grade: B+

Though this is the third in Tom Rob Smith’s trilogy about a former KGB agent, Leo Demidov, it manages to stand alone. However, it doesn’t stand up to much scrutiny, being that it is occasionally ponderous and esoteric, screaming for some quick-paced thrills. It shines when showing how subjugated we can be by our governments, but there are too many passages with little movement. The action snakes, albeit slowly, from paranoid Stalin-era Russia through American Civil Rights unrest to war-torn Afghanistan in the 1980s. Narrator Boutsikaris has a deep, pleasing voice and does a decent Russian accent that he mostly maintains. Grade: C+