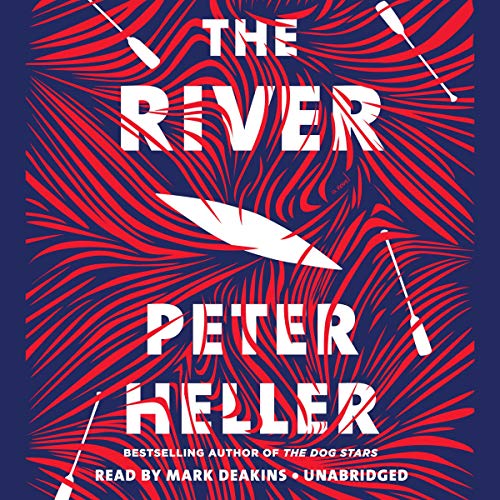 This week we have a thriller, a wry spy caper and a novel about neighborhood drama. Please note that all titles are available at local bookstores and libraries.

This is an entertaining thriller set in the deep woods of Canada when a late summer canoe trip goes horribly wrong. There is a fire driving out the animals, a crazy man and even a damsel in distress. Though not his strongest novel, anything by Heller is going to be entertaining, and this is, though it is also a bit disjointed and somewhat repetitive. However, he successfully captures the male psyche, so his dialogue and motivations all seem natural. Narrator Deakins is fabulous as always. He adds subtext and edginess as needed, but never emotes. Grade: B

When a middle-aged spy is sent back to England from Moscow, he must face possible redundancy as he trains a much younger man as an operative. Peppered with dry humor, this is different from Le Carre’s past novels, as it is smaller in scope and gives an intimate portrayal of life as a foreign agent. The ending is a bit of a letdown, but prior to that point, this is a bracing and fun novel read with much brio by the author, though he sounds rather elderly when tackling the roles of 20-somethings. There is quite a bit of Trump-bashing, so consider yourself forewarned. Grade: B

Neighbors clash, revenge is sought, a neighborhood is involved and each person has their own viewpoint of the unfolding drama. Though it is easy to get caught up in the theatrics, one can’t help but to wince at characters that often appear clichéd. The material is sometimes quite adult and often serious; it should have been paired with a narrator who could help carry the weight. Instead, we have Turenne, who sounds very young, very callow and not adept at altering her voice for various characters. This is a difficult listen, but not for the right reasons. Grade: B-minus