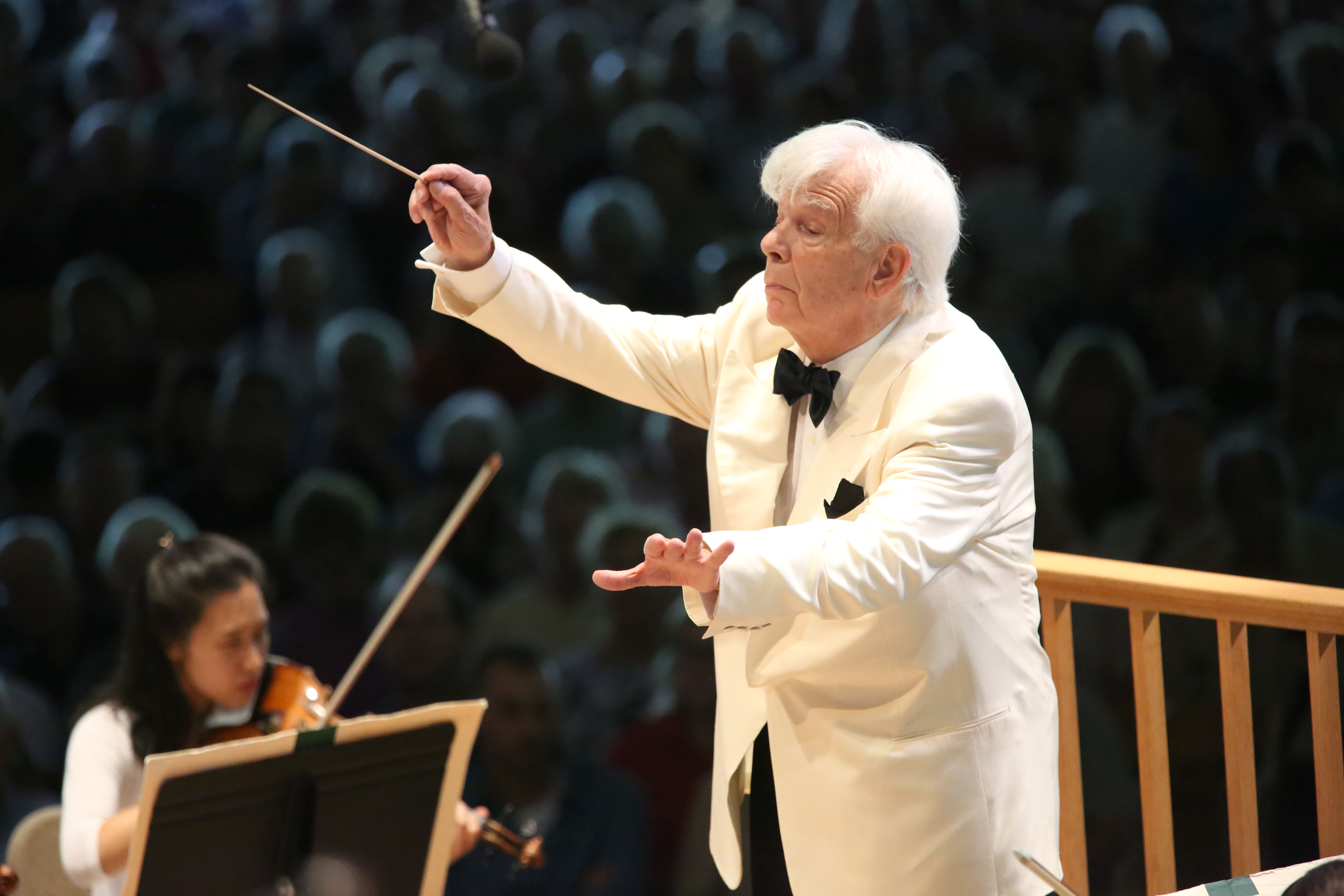 Christoph von Dohnanyi led the Boston Symphony Orchestra at Tanglewood in a program of Mozart symphonies,

Lenox — You think you know Mozart’s last three symphonies pretty well? So did I. I can hum along with all the main themes and even keep up (sort of) with discussions about expositions, recapitulations, and other esoteric matters of classical music analysis.

Then I heard these three symphonic masterpieces (No. 39 in E-flat, K.543; No. 40 in G minor, K.550; and No. 41 in C, K.551, “Jupiter”) performed at Tanglewood Sunday (July 26) in sequence, all in one program, by the Boston Symphony Orchestra, Christoph von Dohnányi conducting. This is a bit like hearing Laurence Olivier recite William Shakespeare’s best three sonnets in your living room. And it’s been six years since the BSO performed them this way at Tanglewood.

Here’s what I learned from this performance:

Even if this music is easy to listen to, it never wears out. Like all of Mozart’s music, it hides a multitude of sophisticated and expressive secrets, which reveal themselves only on repeated hearing. Mozart had it right when he wrote, “My music appeals to amateurs and specialists. The amateurs because they just love it without knowing why; the professionals because they can hear everything I am doing.”

Few pieces of classical music are as beloved as Mozart’s last three symphonies. But that doesn’t mean we’ve all experienced a full measure of their miraculous perfection. There’s always something more enlightening, more delightful, more amazing to discover in each of these works, and it seems the BSO is determined to give us all a fair shot at enjoying it all.