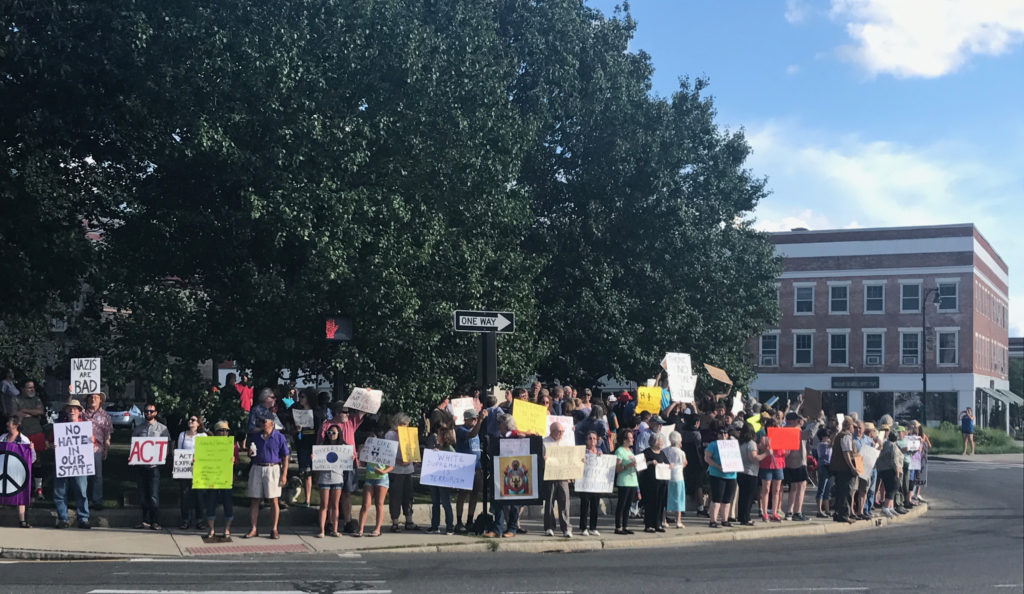 Victor Feldman
More than 100 people gathered in Park Square in the center of Pittsfield, Massachusetts, Sunday afternoon (Aug. 13) to express solidarity with the people of Charlottesville, Virginia, who had endured a deadly rally of white supremacists.

Pittsfield — At 5 p.m. Sunday afternoon (August 13), a group of roughly 120 men, women, and children from all brands of political persuasions, gathered in Park Square to stand in solidarity with the people of Charlottesville, Virginia. 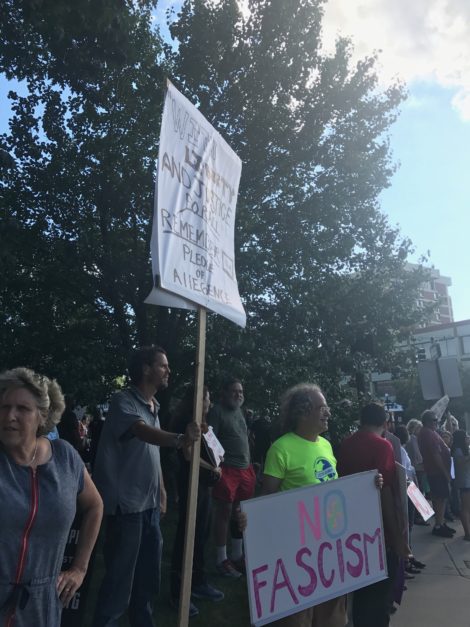 The Berkshire rally comes barely a day after a group of thousands of white supremacists descended on Charlottesville, purportedly protesting the removal of a statue of Confederate General Robert E. Lee, from the town square. The march turned deadly when James Alex Fields, a neo-Nazi sympathizer, drove his car at high speed into a group of counter-protesters, killing a 32-year-old woman. Two more people were killed – both State Police officers — when their helicopter crashed outside the city. Ultimately, Virginia Gov. Terry McAuliffe was forced to declare a State of Emergency, and the national guard was tasked with breaking up the fighting and restoring order.

However, the people who gathered in Pittsfield were not there simply to stand in solidarity; they also came to denounce President Trump’s statements on the Charlottesville protests, which condemned “bigotry and violence on many sides” but failed to call the violence an act of domestic terrorism carried out by self-proclaimed neo-Nazis and white supremacists.

Jeff Turner, a Pittsfield resident, stood for over an hour holding up a sign with the words “No Fascism” written on it in in red and purple sharpie. He expressed his frustration saying, “When I heard what was happening in Virginia, I was devastated. How is this happening in America? I feel terrible for the people of Charlottesville so I had to come out here today and show that just because the president hasn’t condemned the actions of the Alt-Right doesn’t mean I won’t.” 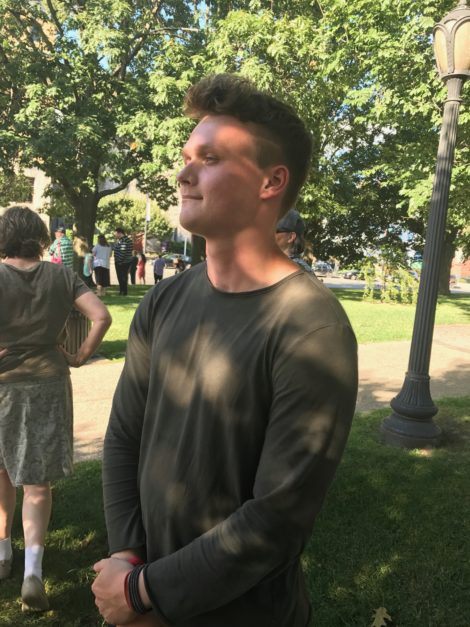 A couple traveling through the area on their way to Syracuse, N.Y., said that they saw the rally and “had to pull over.” The woman, (who wanted her name to remain off the record), said: “We just had to stop and join these people. It’s encouraging to see so many cars driving past and honking in support. We have to overcome hatred together.”

Among the demonstrators was a fiddler playing folk music and a group of students from Monument Mountain Regional High School. Julien McKee, a resident of Egremont and graduate of Monument Mountain observed that he, too, “was appalled by the news. These racists are Trump’s biggest supporters.” He added, “It’s just despicable.”

Intermittently people joined in folk songs such as “This Land in Your Land” and “Wade in the Water,” led by a group of school children at the front of the crowd. As the demonstrators began singing “We Shall Overcome” the drone of the cars passing by melted away, and for a brief moment the only sound was that of this makeshift chorus singing of hope in dark times.