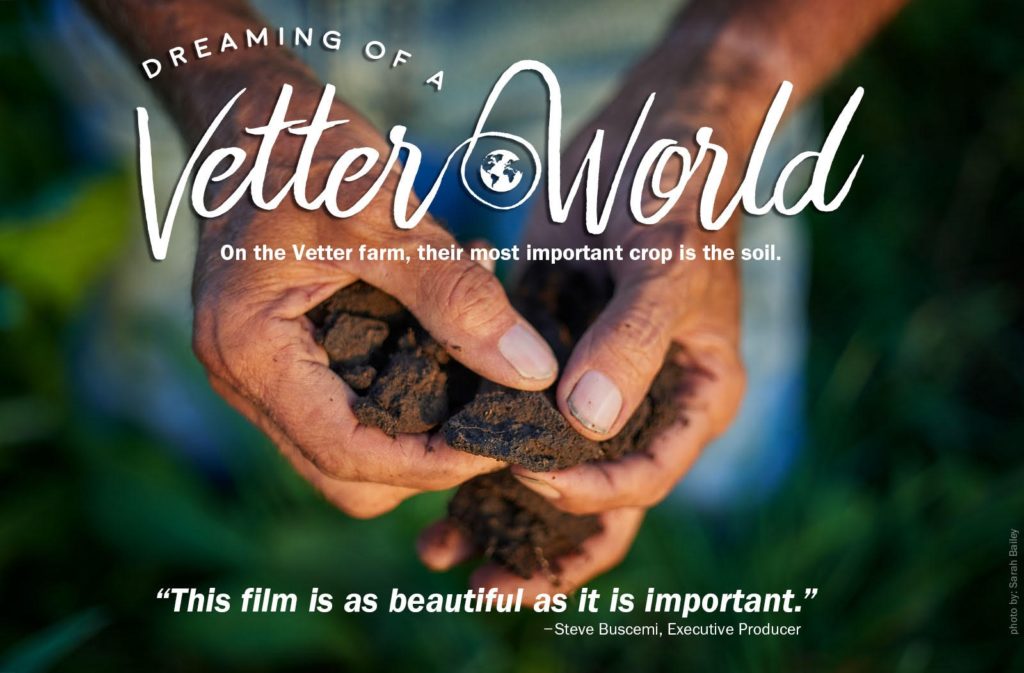 At BIFF ‘Dreaming of a Vetter World,’ a Nebraska farmer goes organic

Editor’s Note:  Bonnie Hawthorne’s “Dreaming of a Vetter World” will be shown at the Berkshire International Film Festival (BIFF) on Friday, May 31, at the Mahaiwe in Great Barrington. A community conversation with filmmaker will follow the screening.

Q: So Bonnie, congratulations are in order. Your new documentary is winning awards on the festival circuit and I hear it was just screened at the USDA.

BONNIE: Yes, that’s amazing that a bunch of ag policy makers got to see it. And now it’s playing at BIFF!  Which is exciting for me. Our screening is bright and early Friday morning—9 a.m. at the Triplex in Gt Barrington. Perfect for farmers. Also Saturday morning at the Beacon in Pittsfield.

Q: Your movie, “Dreaming of a Vetter World,” is a tender, loving take on an agricultural insurrection in Nebraska – when Donald Vetter went organic on his family farm in 1953. I was amazed to learn his neighbors thought he was crazy. How did you come to make this movie? 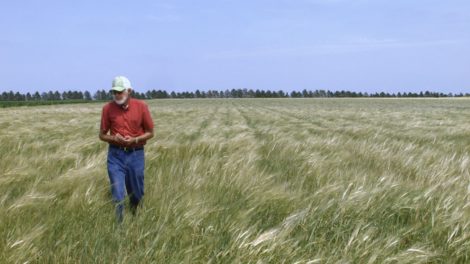 BONNIE: After not giving it much thought, I suddenly had some questions about how our food’s being grown here in America. The corn I ate as a kid is not what’s being grown across the Midwest. So, I took a little road trip to Nebraska with my small camper to see what I could learn from my friend Molly Vetter’s family farm. It turned into an odyssey that kind of took over my life for the next few years. I ended up camping on the Vetter farm in Nebraska — and others in Kansas, Ohio, Iowa, North Dakota, South Dakota over three summers.

BONNIE: Yes, all by my lonesome. I started out in nice RV parks and ended up in Walmart parking lots — when I wasn’t on a farm — because of budgetary concerns. I met the most wonderful people along the way, like the Vetters. Oh my goodness, so great. I also discovered there’s a whole lot of drama going on in the Midwest that gets very little media coverage. They really are “Flyover Country” in the minds of the coasts. There’s a huge disaster going on right now that few people even know about.

Q: You’re referring to the current flooding in the Midwest?

BONNIE: Yes. The Bomb Cyclone. You’d think the word “bomb” would get some headlines, but not so much. Total disaster. Nebraska has more miles of river than any state in the U.S. and they all flooded, sending ice chunks the size of cars into farmhouses in the path. In four states, almost no one has crops in the ground. It’s bad.

BONNIE: Yes. Climate change is looking pretty soggy in a lot of places. Which begs the question: If this is the new normal, will we be able to feed ourselves going forward? It’s a serious question.

Q: Let’s talk for a second about Roundup. It’s right there for sale on the shelf. What’s the problem?

BONNIE: Well, it’s sort of a multi-pronged problem. There’s the consumer Roundup in the small bottle in the big box store. There’s the Roundup used in your kid’s playground. Then there’s the millions of tons being used in agriculture. So far, the consumer/landscaper use is what’s making the headlines and getting billion-dollar lawsuit verdicts. What’s going to happen it starts to be about farming? There are areas of the Midwest where it’s literally raining glyphosate.

Q: So how did we get here? Roundup is relatively new, yes? In the big scheme of things?

BONNIE: New in geologic time, sure, but glyphosate (the active ingredient in Roundup) was developed as a chelating (or cleaning) agent for industrial pipes, in the 1960s. It’s weedkilling super power was discovered by accident and then patented my Monsanto.

Then genetic engineering of seeds came along, and Monsanto—a chemical company — became a seed company. They developed Roundup-Ready crops — soybeans, corn, cotton — others came later — which are genetically engineered to survive when sprayed by glyphosate. It made farming huge acres so easy that farmers really thought it was a miracle. But then, after 20 years or so, glyphosate stopped working (nature always wins) so now it’s being combined with other, older herbicides that were the whole reason farmers embraced glyphosate to begin with. There’s a term for this: Pesticide Treadmill.

Q: Let’s back up a step, to the dawn of industrial fertilizer.

BONNIE: Well, there was a surplus of nitrogen after WW2, which was used in bombs, of course. And they’d build plants to make it. So they convinced returning American soldier farmers that nitrogen was the best thing since sliced bread. Other war-time chemicals were repurposed in this way. Many young farmers don’t believe it when you tell them agricultural chemicals have only been in use for 70 years. They think it’s been that way forever.

Q: Well, Bonnie, I’m glad your film is about good people! David Vetter reminds me of Nick Stanton, a hero of mine and a local legend. Nick had the same beard. David and Nick – a couple of saints – in my humble opinion.

A: David Vetter is a hero for sure. From his little farm in Nebraska, he helped change the way the whole world thinks about food. I hope you enjoyed the film?