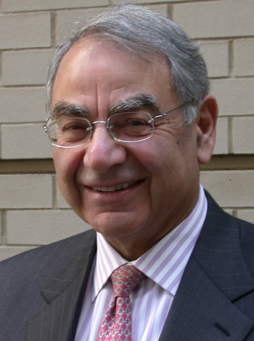 Stockbridge — Aso O. Tavitian of New York City and Stockbridge, Mass., passed away on April 21, 2020 after his courageous battle with cancer, with his loving wife Isabella Meisinger at his side.

Known widely in the Berkshires for his generous support of many organizations, Tavitian was a founding board member of the chamber music series Close Encounters With Music in Great Barrington. He also served on the boards of the former Berkshire Theatre Festival in Stockbridge, the Austen Riggs Center in Stockbridge and The Clark Art Museum in Williamstown. In 2013, the Literacy Network of Southern Berkshire (LitNet) presented Mr. Tavitian with its Fifth Annual Founders of America Award in honor of his inspirational advocacy for education.

Mr. Tavitian was born in Sofia, Bulgaria. In 1959, after leaving Communist Bulgaria he arrived in Beirut, Lebanon. After learning English from an Armenian English High School teacher in Beirut, he was accepted at Haigazian College on a full scholarship but couldn’t afford his living expenses and thought he would not be able to pursue his education when an anonymous benefactor altered his life. Tavitian later learned that his English teacher of minimal means made his education possible.

This act of generosity and kindness is one that he never forgot. Throughout his life’s journey, Tavitian was a model of integrity and decency. He approached every part of life with intellectual rigor but also with enthusiasm and a generosity of spirit. He was passionate about the arts and his heritage. He was loved and respected by all who knew him.

Mr. Tavitian attended Columbia University and graduated in 1965 with a Master of Science degree in Nuclear Engineering and in 1969, he co-founded Syncsort Inc. and was its CEO from 1975 until April of 2008 and continued to be involved with Syncsort at the Board level until 2015.

In 1995, he established and funded the Tavitian Foundation where his generosity and passions flourished. Always keeping his heritage close to his heart, he strived to strengthen the governance of the Republic of Armenia as well as providing educational opportunities for individuals of Armenian ethnicity. Mr. Tavitian supported research on issues of significance for a globalized world and his love of the arts.

His Foundation’s work on strengthening the governance of the Republic of Armenia includes the organization of a series of six months special training programs for mid-level employees in various Armenian Ministries & Governmental Institutions. These programs have been designed in conjunction with the faculty of the Fletcher School of Law and International Diplomacy and are taught at Fletcher. The pride in his work could not be more evident than when attending the student graduations. There have been close to 350 graduates of this program, Tavitian Scholars.

Mr. Tavitian’s efforts have been recognized by the government of Armenia through the awarding of the Order of Honor on October 7, 2017 as well as the Prime Minister’s Medal in 2012. Tavitian has also been awarded Honorary Doctorates from Tufts University and Yerevan State University.

In lieu of flowers, donations can be made to The American Red Cross towards the Coronavirus Outbreak fund https://www.redcross.org/ . To send remembrances to his family please go to www.finnertyandstevens.com