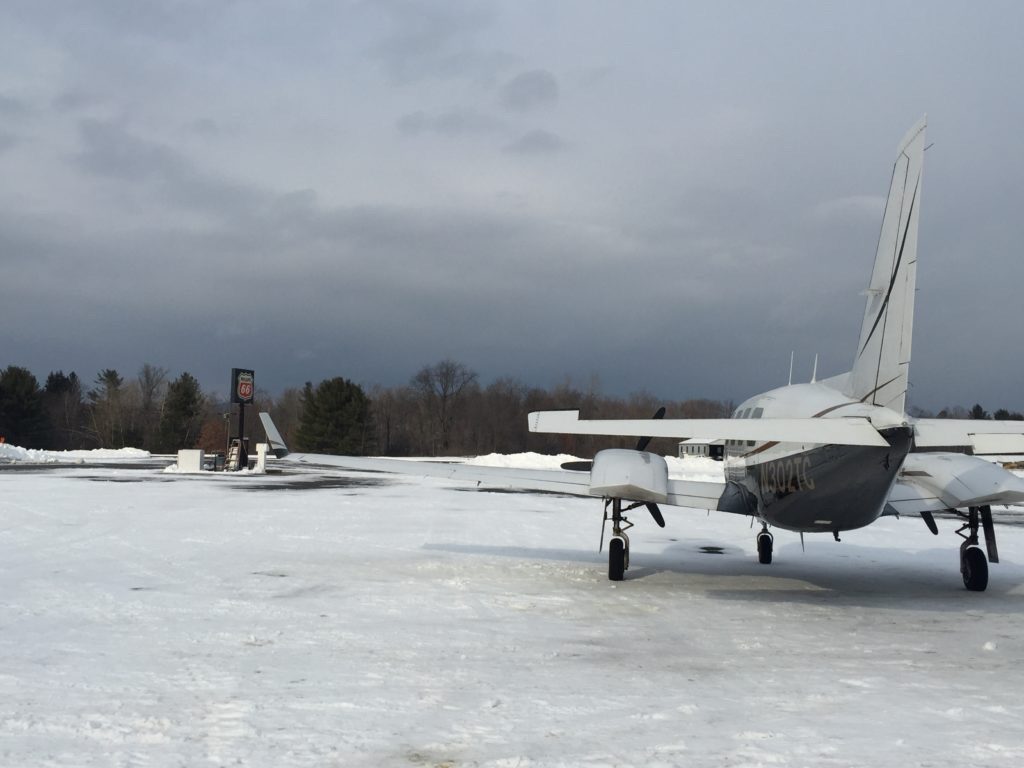 Heather Bellow
The self-serve fueling station at Walter J. Koladza Airport in Great Barrington has residents worried about pollution to the aquifer and Green River that runs along the property. The airport sells leaded aviation fuel, something the FAA and EPA are trying to phase out. Pollution is just one of many worries abutters and the airport's neighbors have about plans to improve or expand the airport into the future.

Great Barrington — There was a new twist last night in Berkshire Aviation’s continued quest for a special permit for Walter J. Koladza Airport: concern over the use and sale of leaded aviation fuel. 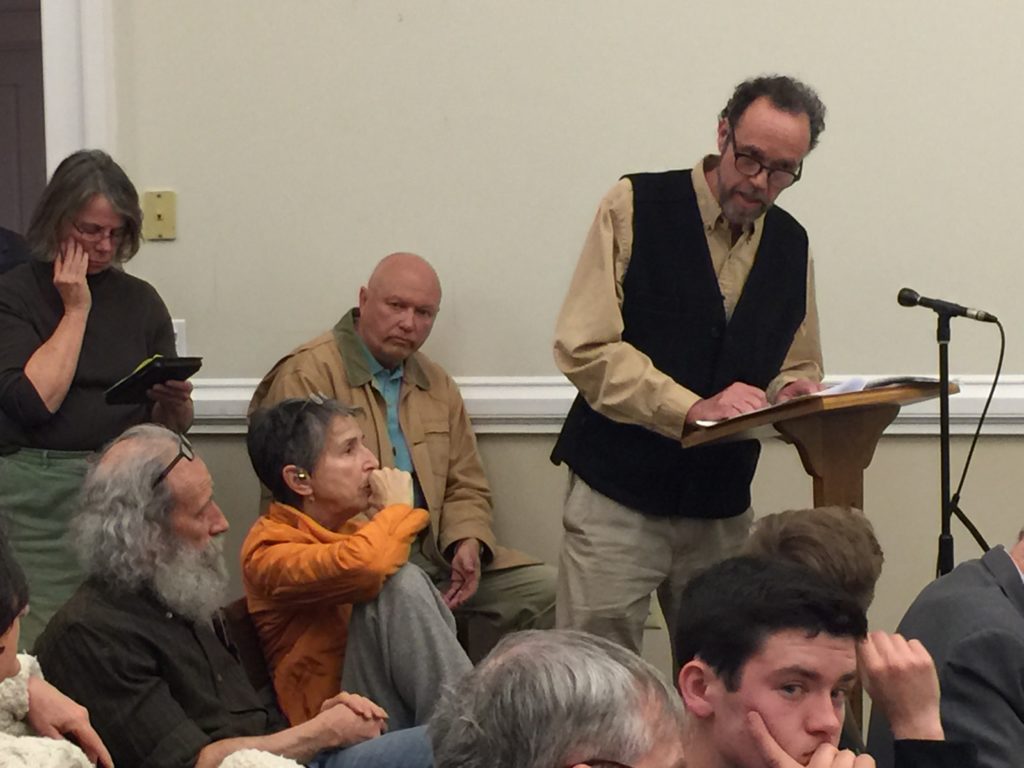 It was the third evening that airport neighbors, abutters and pilots packed the meeting room and lined up to speak to the Selectboard about a proposal to build three new hangars to store aircraft that are now tied down outside and the possibility of other future changes made possible if the board grants this special permit to bring the airport into zoning compliance.

Most of the issues raised so far – and again last night – have touched on noise, hovering military helicopters that rattle houses and their inhabitants, property devaluation from future airport expansion, obstructed views from the new hangars, and the threat to the aquifer that feeds the town’s water supply and nearby wells.

But on this evening, neighbor James Webber brought up something else: the sale and use of avgas (aviation gasoline) at Koladza, something he noted is now only used by small aircraft and banned from all other forms of transportation. 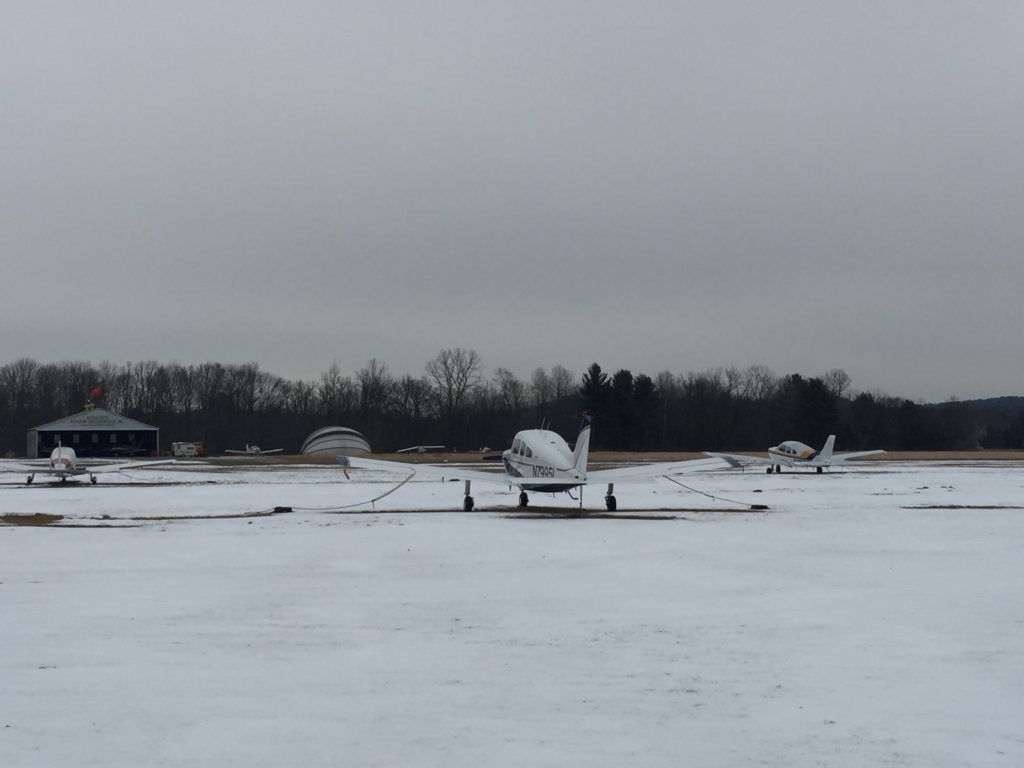 The 50 planes now at the airport are tied down. One of the property’s open hangars is in the background. Airplane owners say indoor hangars would help with aircraft maintenance and safety issues. Photo: Heather Bellow

Webber said leaded avgas creates “clouds of lead” and said he is worried about airborne lead contaminating the aquifer.

“Lead in avgas prevents damaging engine knock, or detonation, that can result in a sudden engine failure. Lead is a toxic substance that can be inhaled or absorbed in the bloodstream, and the FAA and EPA [Environmental Protection Agency] and industry are partnering to remove it from avgas. Avgas emissions have become the largest contributor to the relatively low levels of lead emissions produced in this country.”

Among other research, the EPA’s findings indicate that where there are small, piston-engine aircraft operating, there is an increase in lead concentrations in air.

That might lead to concentrations in the human bloodstream, as a 2011 Duke University study found: “…kids living within 500 meters of an airport where leaded avgas is used have higher blood lead levels than other children, with elevated lead levels in blood found in kids as far as one kilometer away. The EPA estimates that 16 million Americans live close to one of 22,000 airports where leaded avgas is routinely used — and three million children go to schools near these airports.” 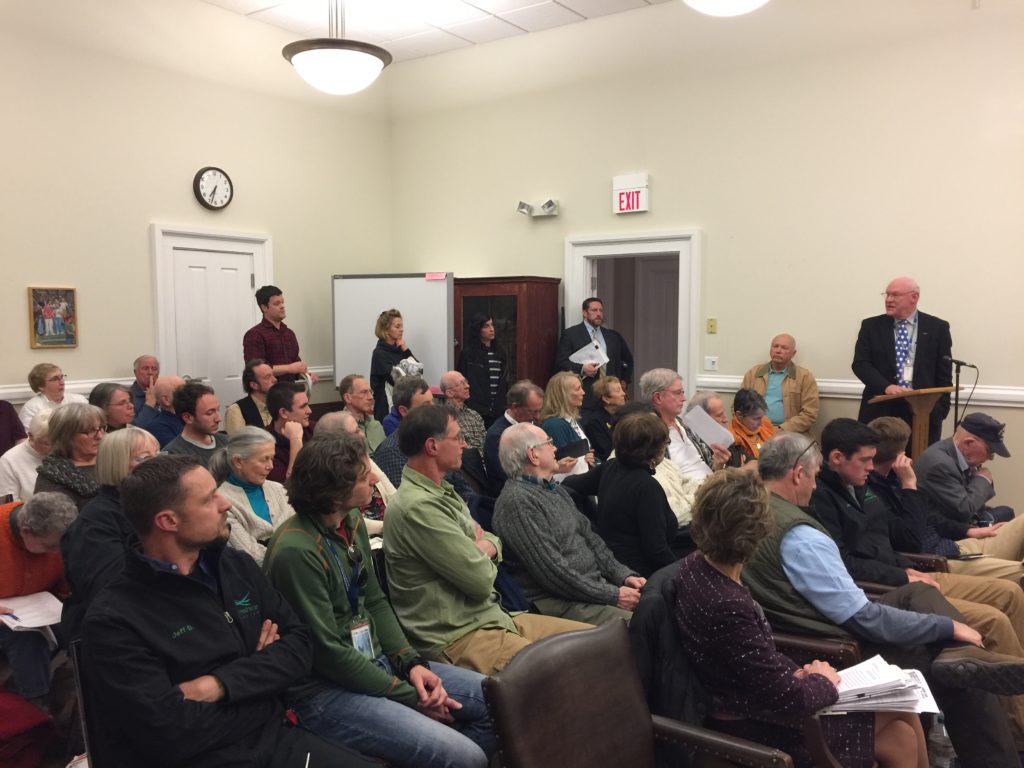 Friends of the Earth (FoE) sued the EPA seven years ago for not regulating leaded avgas. The FAA says it, along with the EPA, is working to stop the use of lead in the fuel, and backing research to come up with alternatives.

But according to this Scientific American article, unleaded avgas is already available and the Aviation Fuel Club is encouraging small airports to use it.

Indeed, both Swift Fuels and Shell are part of the FAA’s initiative to get the lead out, but Swift developed something already in use. Swift is an 11-person shop in Indiana that has an unleaded blend, UL 94, already in use at 20 airports around the country and has just signed its first deal in Massachusetts with the Falmouth Airpark.

Swift CEO Chris D’Acosta says his company’s “ultimate aim is to completely replace [leaded] fuel.” Swift invented the UL 94 blend for interim use until the FAA’s five-year testing and research program ends in 2018. Swift is the only company in the country that makes and distributes this blend.

“We want to get pilots and communities and airport boards and distributors talking about it,” he added. “Lead has been around for a long time, but lead also brings a lot of corrosion and acidity.”

And D’Acosta said Swift will help airports in all sorts of ways to make it possible to use their fuel. He said UL 94 is priced competitively with leaded avgas at wholesale, but final pricing is “a function of the supply chain.” 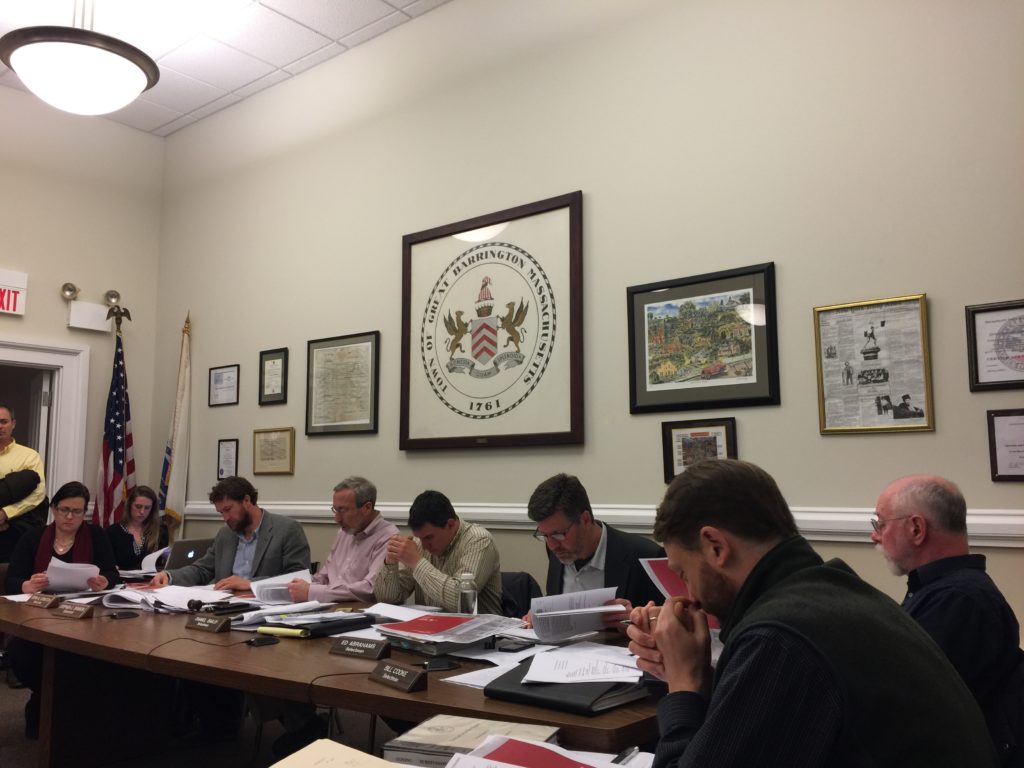 But this was the first time the leaded gas issue was raised. Most of the airport abutters and neighbors in this more agricultural part of town said they did not take issue with the airport as it now stands but are worried about extra noise from any increases in air traffic that might make this popular country airport a busier hive of activity.

The special permit hearing has been continued twice already and was again last night to Monday, March 27, as there are too many questions and thoughts by residents and board members that still need to be run to the ground.

Built in 1931 before the town’s zoning regulations were drafted, the Koladza Airport is surrounded by farm fields and homes and a few home-based industrial businesses. So to continue officially operating as an airport in this residential/agricultural zone, Berkshire Aviation needs a special permit that will allow it to add new buildings and make other changes to its property. The airport sees about 100 takeoffs and around 115 landings per day.

Board chair Sean Stanton had to remind everyone that this hearing was simply for the special permit and limited to the zoning issue, and that the hangars are a matter for the planning board on Thursday, March 9.

Yet once the permit is granted, it gets easier and cheaper for the airport to change things, though, as airport manager and former United Airlines pilot Ken Krentza pointed out. Koladza can’t compete with the Pittsfield airport, which services corporate jets, for instance. He said fears of major growth here are unfounded, particularly given the small, 2,500-foot runway.

The runway is indeed hemmed in by a property line and Green River setback on one side and Seekonk Cross Road on the other. 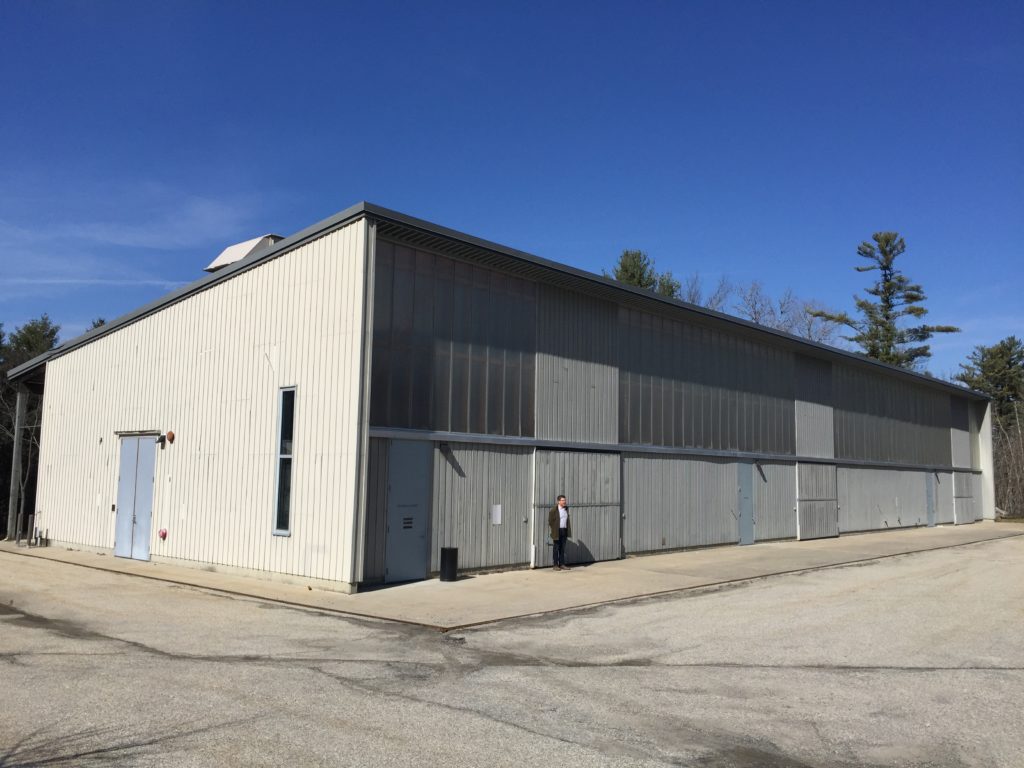 Selectboard member Ed Abrahams tried to get a sense of the size of the hangars and found that the ceramics department at Bard College of Simon’s Rock is almost exactly the same size in width and length. The height at the rear, however, is closer to that of the proposed hangars. Photo: Heather Bellow

Krentza addressed the military’s use of the airport for training exercises with Black Hawk helicopters that has, more than other things, frustrated the neighbors.

He said he had only had a few phone calls from people about military helicopters since he began working here one year ago.

“Ever since I applied for the hangars, the helicopters are all I hear about,” Krentza said, adding that he will “support the military.”

“I will not restrict them from coming,” he said, noting that it was important they know how to get in and out of this “dark” airport, both for local disaster preparation and support of training pilots generally.

Over the past month, a handful of neighbors have said the nighttime Black Hawk flyovers are noisy and frightening. Krentza said this happens about once every two weeks during the day.

World War II pilot and airport neighbor William Weigle said the military presence was a benefit in case of problems like forest fires, and said those Black Hawks do not present a danger.

This Slate article says the crash rate for helicopters is slightly higher than the general aircraft rate. And the Associated Press made this list of some non-combat crashes of the UH 60 Black Hawk. 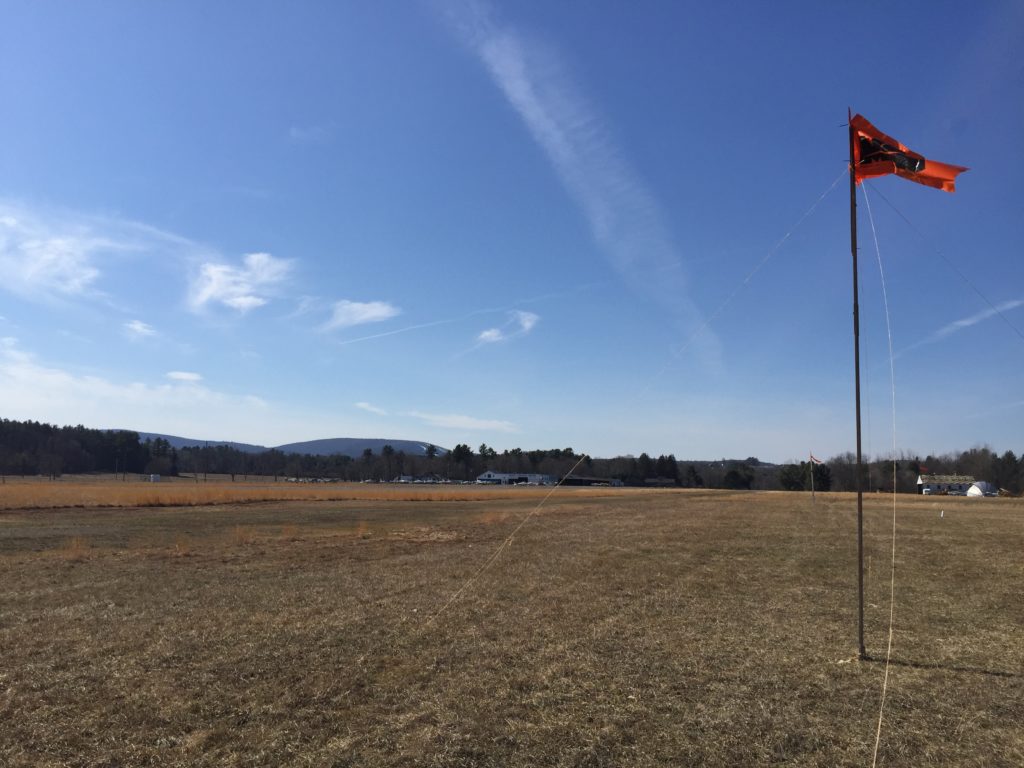 Flags mark the footprint of the three proposed hangars to the north of the runway. Photo: Heather Bellow

Apart from safety, they are noisy. “A Black Hawk hovering overhead is a big deal, especially at 1:30 in the morning,” said neighbor Derek Eshelman. Neighbor James Webber ticked off a few court cases in which airports were successfully sued over aircraft noise.

And attorney Richard Dohoney spoke for clients Marc Fasteau and Anne Fredericks, airport neighbors who support it but do not want the hangars built in that location. He said the zoning ordinance was drafted to “make sure this airport wouldn’t have any adverse effects” on the area. “There’s been no demonstration that this is the best location for these hangars,” he added.

The hangars would be 150 feet by 49 feet with a 16 feet 6 inches height, with six private bays each and a parking lot for 18 cars outside, as well as a new access road. Right now the total footprint of all three hangars is marked by four flags the same height as the proposed buildings.

Some neighbors say that location on a large patch of farmland will spoil the views; Berkshire Aviation says they are critical for financial survival by generating a $450-per-month rental fee. Krentza, however, said he was willing to move their location.

“I am open to adjusting the project we submitted to the board,” he said. “I don’t have to have these tobacco road buildings…we’ll paint them…make them pretty…”