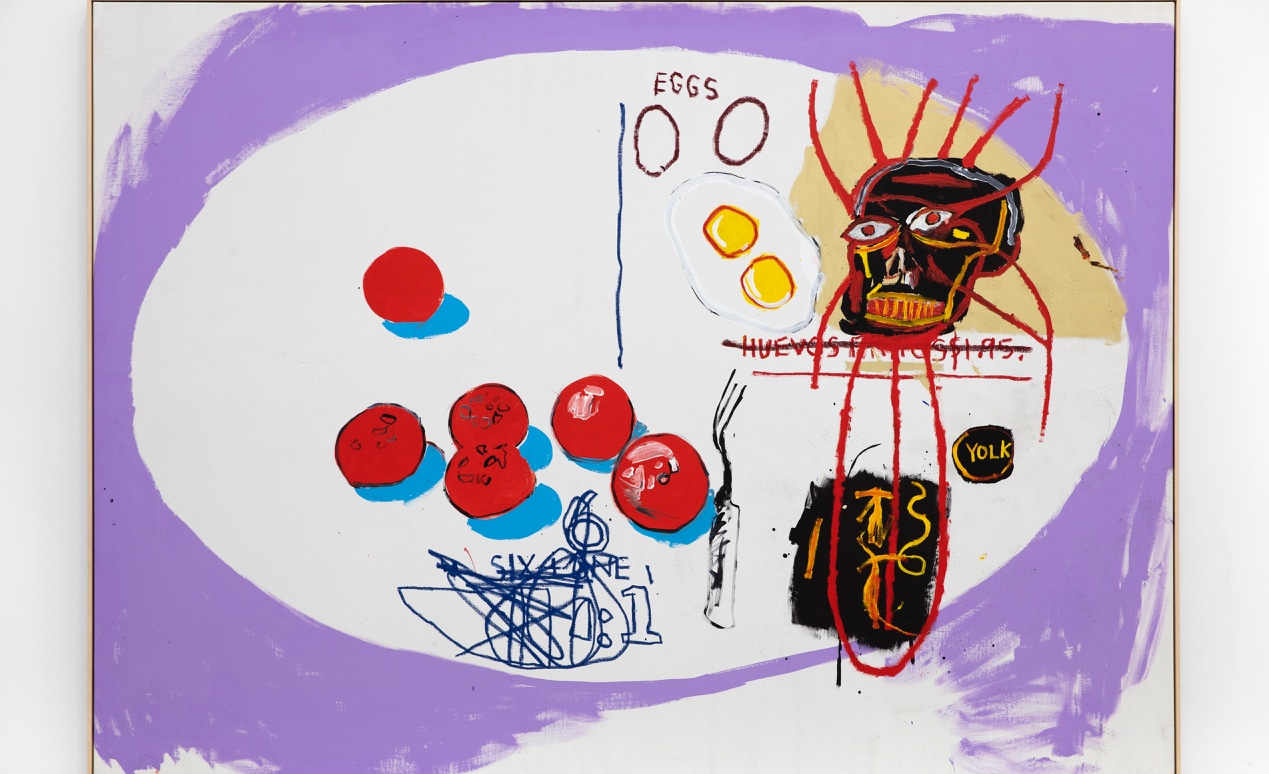 The hit of the summer of 2019 in these parts isn’t a song or an excursion to Massachusetts outposts for legal weed; it’s art.

Two shows in the Hudson Valley and two in the Berkshires are on all summer long and range from pop art to graffiti art to environmentally astute art to nudes by Renoir in a setting they deserve.

Exhibiting at The School are a couple of eighties artists whose work sells for millions but now can be seen for free in Kinderhook N.Y.

The exhibit space offer works by graffiti artist SAMO turned fine-artist Jean Michel Basquiat in collaboration with Andy Warhol of Campbell’s Soup and Eight Elvises fame. The two met when Basquiat was selling his works in restaurants and Warhol bought one, and they collaborated for a time.

Gallerist Jack Shainman purchased the school several years ago to create a pristine and light-filled space with soaring ceilings. This summer’s exhibit Basquiat x Warhol opened with a picnic on the grounds behind The School where the community, other artists who show with Shainman, and dancers were there for the wine, photo booth, sunshine and the art.

At the center of this exhibit is a collaboration of these two strange bedfellows beginning in 1985 and lasting a short time before each artist died, Warhol in 1987 after gall bladder surgery and Basquiat in 1988 of a heroin overdose.

The fruits of what Shainman describes as “a competitive relationship,” can be seen in “Dog 1984” begun by Warhol and “Untitled (Two Dogs)” finished by Basquiat, among other works the two collaborated on.

Anybody with an inkling of knowledge of Warhol’s process might be curious about how an artist with a genre shifting aesthetic and somewhat paranoid temperament might collaborate with anyone beyond farming out repetitive work.

Basquiat, a rising art star who tagged SAMO, the Brooklyn “what’s up” phrase for Same Old Shit on Lower East Side buildings, then made compelling and gut wrenchingly original work in a studio on Crosby Street, sold his own work before he was discovered by art dealers.

He rose quickly in the art world amid a racist backdrop and jealousy from other artists, an environment less than ideal for collaboration. But the energy between the two, a pushing and pulling energy, is in sharp relief.

The glorious light and space inside The School, offer an ethereal setting for  Shainman’s exhibit of these two powerhouses of the art world and their collaboration. In addition, the exhibit’s 100-plus works include individual pieces by Warhol and Basquiat.

According to Shainman the inspiration for the show came about when a different exhibit fell through. It took the dealer one year to collect enough works from private owners to fill the space. Some of the art work is for sale.

Diverging widely from the 80’s scene on the Lower East Side, this summer’s exhibits include two other notable artists, one living, the other long dead.

Artist Peter Dellert, who works from a studio in Holyoke, Mass., makes mixed media pieces using natural materials such as leaves, flower petals, onion and garlic skins, wasp nests as well as vintage atlas pages, vintage sheet music, and tea bags combined with handmade papers, and found objects. These materials are combined into minimalist statements, often with an ecological backstory, using varied substrates from painted plywood and found rusted metal sheets to images taken in Japan, laser printed on Washi, and then applied to artist board. The aMuse Gallery in Chatham, N.Y., is showing Dellert’s assemblage and collage work at an exhibit titled iMaterial reActions.

In a much larger format and in a fit of re-use restitution, Dellert is showing three pieces at Sculpture Now  at The Mount in Lenox. These pieces, titled collectively “Core/Chop/Blend,” consist of three items once used daily in American kitchens: a wooden-handled apple-coring device, a vegetable- and nut-chopper, and an early whisk. There, on the grass at Edith’s Wharton’s 19th century mansion, they give the impression of having been tossed out the kitchen window of the servant’s wing and left to grow gigantic, perhaps as a form of protest that women’s work is never done.

At the Clark Art Institute in Williamstown, nudes abound and will continue to do so until September 22 in a show titled Renoir: The Body the Senses. Pierre-Auguste Renoir grew up in Paris in the shadow of the Louvre, hungering for formal art training. He found it in the tutelage of a Swiss painter who stressed the importance of accurately rendering human anatomy.

After you leave the galleries, The Clark’s verdant vistas and three-tiered reflecting pool offer ample opportunity for reflection on the paintings inside.

WHERE TO SEE THESE EXHIBITS