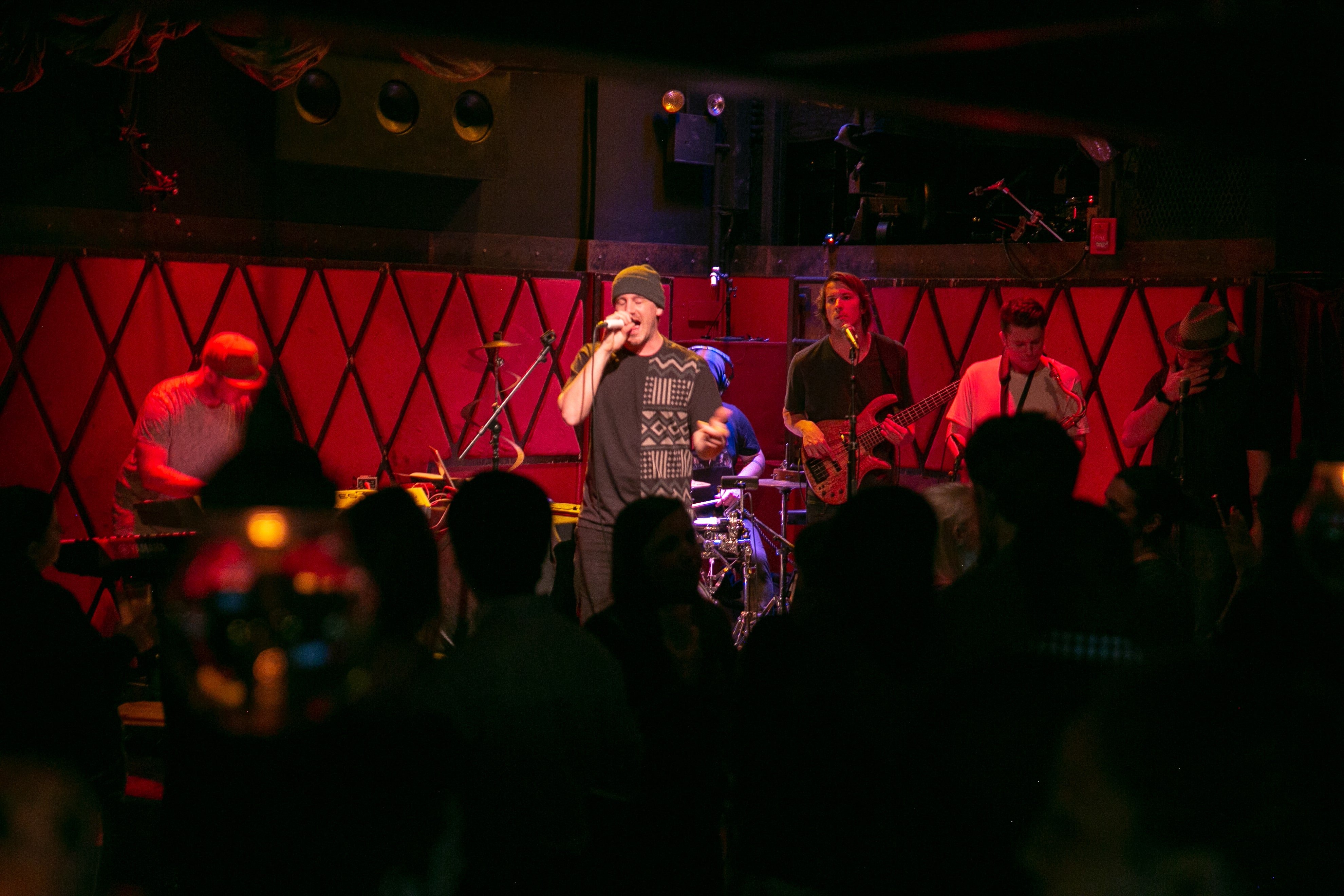 Housatonic — Jackson Whalan was in college when he bought his first vinyl record. The purchase stemmed from an assignment for a turntabling class at the New School in the heart of Greenwich Village, New York City. For Whalan, who began rapping at the tender age of 10, he approached the assignment in terms of DJing and settled on a handful of albums rife with hip-hop instrumentals, including a copy of Kool & the Gang’s “Get Down On It.” From there, the young musician set to work beat-matching and back-spinning, honing in on the instrumental portions of the song. On a pair of turntables, he set the first record to play in a loop—no vocals, just a beat—while rewinding the same record on a second turntable. By the time the loop ended on the first record, he’d switched the fader to the other record, thereby creating a continuous loop. “[It looks] way easy, but the old technique requires a lot of skill,” he recalled of the project, now a decade ago, that proved conducive to setting him on a passion-fueled path.

Today, the 28-year-old Housy resident is making a career in music. Despite being hyper-focused on getting his streaming numbers up, cultivating an online fan base via Spotify and building a solid following on SoundCloud, he’s not afraid to embrace a bit of retro. “I’m excited to see what it’s like to depart,” he explained, over coffee at Rubi’s, of his new project, one that “revolves” around the vinyl LP. Next month, Whalan has booked time at Leesta Vall, a sound recording studio in Brooklyn, where he will record his original songs straight to vinyl as many times as each song is pre-ordered.

“It’s like a departure from the algorithmic music streaming culture that we live in,” Whalan said of the model, one he calls “new and exciting” because it goes against the grain. “There’s this urge to return to the vintage-y things, [that are] niche now,” he added of a growing community that loves vinyl. Vinyl records, or LPs, were introduced by Columbia in 1948 and soon adopted as a new standard by the entire record industry. The LP is an analog sound-storage medium—a vinyl record format characterized by a speed of 33 1/3 revolutions per minute, a 12- or 10-inch diameter, and use of “microgroove” groove specification. And despite the age of vinyl records, they remain a huge part of how Whalan makes his music. In a world where many rappers buy beats from other people, Whalan is unique: He started rapping first, then making beats (producing) so he could rap on them. And he makes the bulk of his beats from small pieces of sound, or loops, from vinyl records that he then stores in his beat-making software.

As to the allure of vinyl? The sound. “[When] creating a record, you are literally creating a groove with a needle that physically cuts into a record [and] over time, the more that you play that record, the more it gets worn down,” Whalan explained—which, for those of us familiar with turntables, equates to a cool-sounding crackle. “You’re listening to a recording, but there is a physical aspect of it that doesn’t go unheard,” Whalan pointed out. DJs have been scratching on vinyl for decades, and artists have been releasing LPs on vinyl, but recording straight to vinyl is a different beast. Whalan likens it to a “one-of-a-kind performance, an audio Polaroid, a fingerprint,” in which the end result is simple: No matter how many recordings he makes of a single song, no two recordings will be the same. Is it a risky endeavor? He might be eclipsing some of his fan base, especially the younger generation who relies on streaming, but Whalan is optimistic: “My hope is that some people do pre-order these [records]” he said, acknowledging that those who have been “super supportive of my music might want to have a piece of vinyl that no one else has.” And I must admit, it’s a very cool concept.

Whalan became totally captivated by hip-hop music thanks to a slew of CDs his older brother left behind when he moved out. “[It was] the only kind of music that was speaking to me,” he said, adding that the genre “solved a lot of personal problems for me—growing pains—[while] coming of age in a world that was full of injustice. [Hip-hop became a] way of me making sense of the world.” Whalan, after 10 years as a career musician, remains a firm believer in writing his own lyrics. He is keen on collaborating, just having rolled out his new EP (short for extended play, an album with a length that hovers between a single and an LP) titled “Epic Proportions.” The recording, released June 21 and available for streaming on every listening platform, was recorded in Housatonic at Pilot Recording Studios with a six-piece live band.

Whalan’s next performance in the 413 will happen Saturday, July 20, presented by Common Folk at the Elks Lodge in North Adams, and will include his live band. This is a trend being heard with other hip-hop artists, including the Roots and Kendrick Lamar.

As for what’s next on the creative horizon? Whalan plans to record hip-hop covers of John Lennon’s “Give Me The Truth” and Woody Guthrie’s “This Land Is Your Land” in a nod to his affinity for crossover collaborations. And he is constantly looking for ways to permeate the local community and inspire other young musicians as a means of paying it forward. He cites two local musicians—Regi Wingo and Robby Baier—as being huge influences on his craft at a young age. Wingo taught Whalan the technical aspects of rapping, all through Railroad Street Youth Project. “I was too young to be there, but so allured by the possibility that I could become a hip-hop artist by going [to RSYP],” Whalan recalled. And Baier taught him how to engineer recording sessions as well as write, arrange and produce songs. “Robby was a huge part of my development as an artist,” Whalan said. “He cultivated the side of me that was more than just a rapper,” which, in the end, is how Whalan has made this passion a career.

“There is so much that life demands of us [and] it’s kind of beautiful to prioritize art over all these things,” Whalan said, which is not to suggest the road has been an easy one. For him, it was about finding his place and having a mentor, someone capable of supporting his success beyond the music. As he neared the bottom of his iced-coffee, Whalan made an observation: “Right now, I’m older than Regi was when I met him. I think it’s important to realize the ability people my age have to positively guide young people and inspire them.”

Whalan recently made an appearance at RAP, a program hosted by Greylock Federal Credit Union for high school students in Pittsfield. “I hung out with them for a session,” Whalan said. “I think it’s important to listen to the young people—not [just] teaching them everything, [but] hearing what they are interested in.” These are the grounds for relating and breaking down boundaries, reflected in much of what he does as an artist. And it’s not all been fun. “Keep it in perspective,” Whalan encouraged. “As an artist, I’ve faced almost a decade of difficult situations, [including] rejection. I think, as an artist, you can’t take anything personally. Even though it does come from your soul, once you put it out there, it’s a product. Have faith in the process.”