Supposing you plan a post-virus vacation
And want some companions to take on your trip.
You know what I’d tell you without hesitation?
Take Ogden and Dorothy, Phyllis and Yip.

Ogden is Nash, a poet with brio.
Dorothy is Parker, amusing and flip.
Phyllis McGinley, that makes it a trio,
And then Edgar Harburg, who’s known as Yip.

As writers of light verse they seldom get solemn,
Though always observant and quick with a quip.
So with your indulgence let’s offer this column
To Ogden and Dorothy, Phyllis and Yip.

Probably no writer of light verse has been more popular in this country than Ogden Nash (1902-1971). His lines are intentionally uneven, and his rhymes outrageous, such as

If you think the elephant is preposterous,
You’ve probably never seen a rhinosterous.

Nash was a great observer of human behavior and knew how to capture the frustrations we experience when everyday situations get out of hand: dining in a restaurant, or making that decision about whether or not you need glasses. (See video below.) Here he is dealing with the challenges of bird watching.

Bird watchers top my honors list.
I aimed to be one, but I missed.
Since I’m both myopic and astigmatic,
My aim turned out to be erratic,
And I, bespectacled and binocular,
Exposed myself to comment jocular.

We don’t need too much birdlore, do we,
To tell a flamingo from a towhee;
Yet I cannot, and never will,
Unless the silly birds stand still.

And there’s no enlightenment so obscure
As ornithological literature.
Is yon strange creature a common chickadee,
Or a migrant alouette from Picardy?

You can rush to consult your Nature guide
And inspect the gallery inside,
But a bird in the open never looks
Like its picture in the birdie books –

Or if it once did, it has changed its plumage,
And plunges you back into ignorant gloomage.
That is why I sit here growing old by inches,
Watching a clock instead of finches,
But I sometimes visualize in my gin
The Audubon that I audubin.

Nash wrote frequently about animals, including a marvelous set of verses to accompany “The Carnival of the Animals” by Camille Saint-Saens.

The lion is the king of beasts
And husband of the lioness.
Gazelles and things on which he feasts
Address him as Your Highoness.
There are those who admire that roar of his
In the African jungles and veldts,
But I think, wherever a lion is,
I’d rather be somewhere else.

Dorothy Parker (1893-1967) . . . critic, poet and all-round devastating wit. A New Yorker through and through, she was a member of the famed Algonquin Round Table where Alexander Woollcott described her as “a combination of Little Nell and Lady Macbeth.” She was capable of writing reviews like “This is not a novel to be tossed aside lightly . . . it should be thrown with great force!” Told that the famously taciturn President Coolidge had just died, she said, “How do they know?”

But mostly Dorothy Parker’s poetry was concerned with the inconsistencies of love.

Into love and out again,
Thus I went, and thus I go.
Spare your voice, and hold your pen-
Well and bitterly I know
All the songs were ever sung,
All the words were ever said;
Could it be, when I was young,
Some one dropped me on my head?

Lady, lady, should you meet
One whose ways are all discreet,
One who murmurs that his wife
Is the lodestar of his life,
One who keeps assuring you
That he never was untrue,
Never loved another one . . .
Lady, lady, better run!

And a ballad with a little pull on the heartstrings.

There’s a place I know where the birds swing low
And wayward vines go roaming,
Where the lilacs nod, and a marble god
Is pale, in scented gloaming.
And at sunset there comes a lady fair
Whose eyes are deep with yearning.
By an old, old gate does the lady wait
Her own true love’s returning.

But the days go by, and the lilacs die,
And trembling birds seek cover;
Yet the lady stands, with her long white hands
Held out to greet her lover.
And it’s there she’ll stay till the shadowy day
A monument they grave her.
She will always wait by the same old gate,
The gate her true love gave her.

Note: Unbeknownst to many today, Dorothy Parker was a vocal advocate of civil liberties and was active in the Civil Rights Movement. When she died, she left her literary estate to Dr. Martin Luther King, Jr. She was buried in a specially designed memorial garden outside the NAACP national headquarters in Baltimore.

Phyllis McGinley (1905-1978) came out of the West (“Wyatt Earp rides high in the stirp”) and settled in suburban Westchester County where she raised her family and wrote for The New Yorker and Town and Country. She made domesticity and the positive role of the housewife the central theme of her writing, and in 1961 she received the Pulitzer Prize for Poetry. She was the first writer of light verse to win the award. Here is her quirky but affectionate portrayal of children growing up.

Where are the ribbons I tie my hair with?
Where is my lipstick? Where are my hose –
The sheer ones hoarded these weeks to wear with
Frocks the closets do not disclose?
Perfumes, petticoats, sports chapeaus,
The blouse Parisian, the earrings Spanish –
Everything suddenly up and goes.
And where in the world did the children vanish?

This is the house I used to share with
Girls in pinafores, shier than does.
I can recall how they climbed my stairs with
Gales of giggles on their tiptoes.
Last seen wearing both braids and bows
(And looking rather Raggedy-Annish),
When they departed nobody knows –
Where in the world did the children vanish?

Two tall strangers, now I must bear with,
Decked in my personal furbelows,
Raiding the larder, rending the air with
Gossip and terrible radios.
Neither my friends nor quite my foes,
Alien, beautiful, stern and clannish,
Here they dwell, while the wonder grows:
Where in the world did the children vanish?

Prince, I warn you, under the rose,
Time is the thief you cannot banish.
These are my daughters, I suppose.
But where in the world did the children vanish? 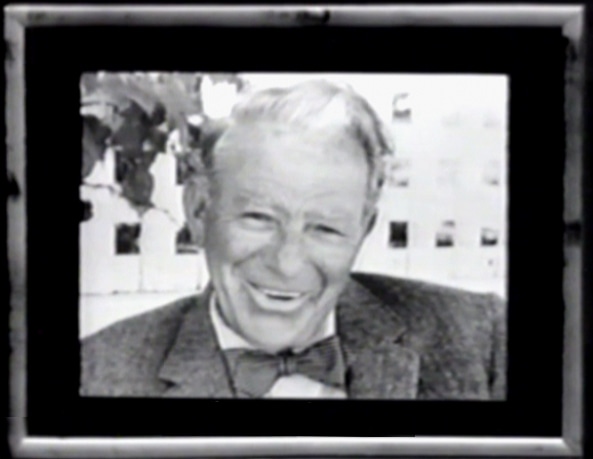 Edgar “Yip” Harburg (1896-1981) was born and raised in New York City. He learned his trade memorizing Gilbert and Sullivan (and sitting next to Ira Gershwin in college). He wrote in many forms, but his specialty was song lyrics, and he wrote some great ones: “April in Paris,” “It’s Only a Paper Moon,” the famed Broadway musical “Finian’s Rainbow,” and most memorably, all the songs in “The Wizard of Oz,” including “Over the Rainbow.” His writing often contained social messaging, and his song “Brother, Can You Spare a Dime?” became the anthem of the Great Depression.

In addition to being one of America’s top lyric writers, he composed wry poetic commentary on the state of the world and the fate of mankind:

God made the world in six days flat,
On the seventh, He said, “I’ll rest,”
So He let the thing into orbit swing,
To give it a dry-run test.

A billion years went by, then He
Took a look at the whirling blob;
His spirits fell, as He shrugged, “Ah well,
It was only a six-day job.”

And a look at government:

It’s a hundred billion dollars
Every year at your expense,
For the Pentagon to gadget up
Our national defense.
But it’s comforting to know that
In the up and coming war,
We’ll be dying far more safely
Than we ever died before.

Harburg may have spent much of his creative and personal life exercising his strong feelings about social justice, but touches of his romantic imagination were always creeping in.

My heart is like the willow
That bends, but never breaks.
It sighs when summer jilts her,
It sings when April wakes.

So you, who come a-smiling
With summer in your eyes,
Think not that your beguiling
Will take me by surprise.

My heart’s prepared for aching
The moment you take wing.
But not, my friend, for breaking
While there’s another spring.

So share my summer pillow,
Don’t spare my autumn aches;
My heart is like the willow
That bends, but never breaks.

Now to our video. We invited Jack Lemmon to join Jill Tanner and Cynthia Herman in presenting verse from our four poets. Starting with . . . Ogden Nash and his trip to the oculist!

CLICK ON THIS LINK FOR VIDEO:   Ogden and Dorothy Phyllis and Yip