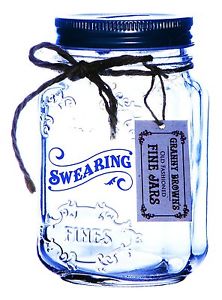 From the records of the Massachusetts Court of General Sessions:

Commonwealth of Massachusetts against Josiah Dwight

The Grand Jury for the Commonwealth of Massachusetts for the Body of the said County do on their oath present that Josiah Dwight of Stockbridge in the said County Grant, being of the age of discretion at Lenox aforesaid on the seventh day of January current with force and arms did utter one profane oath in the words following (viz) “By God” and also with like force and arms did then utter one other profane oath in the words following (viz) “By God” in an evil example to others in like manner offend the Pious Dignity & Authority of the Commonwealth aforesaid, and the laws in such cases may be provided.

Ashbel Strong, Attorney Pro Tem: By advice of the Court, says that he will not further prosecute this indictment and said Josiah’s accordingly discharged therefrom.

Several cases further on in the book Cone was in for assault.

“A Frequent Flyer,” as we would say in law enforcement.