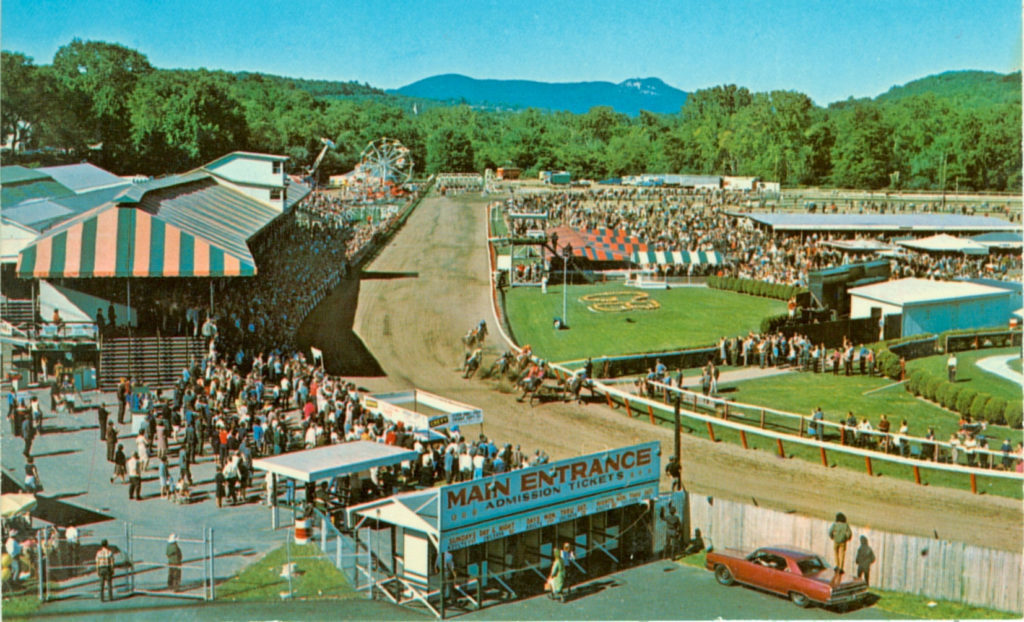 State Sen. Adam Hinds, D-Pittsfield, who had co-sponsored a bill that would have allowed Sterling Suffolk Racecourse to restart racing in Great Barrington for a few weeks in the fall, withdrew his sponsorship of Senate Bill 101 on Friday.

After a failed attempt at partnering with a major casino operator, Sterling Suffolk sold the now-closed Suffolk Downs thoroughbred race track in East Boston to developers in 2017 for $155 million. The track held its last races in May of this year.

Hinds had faced a firestorm of criticism for his support for the bill. Much of it came from those who objected to horse racing on the grounds of animal cruelty. Still others were concerned that the bill would remove local control from the process. And the objections came from young and old alike.

Hinds said his co-sponsorship had less to do with an interest in horse racing than it did with wanting “to be part of the conversation” on any bill of high importance to his district that would presumably be advancing to the governor’s desk. He also told The Edge at the time that the Suffolk Downs project could provide “an economic shot in the arm during the fall season.”

“However, correspondence such as yours and conversations that I have had in recent weeks with local officials and constituents proved that there are many issues related to S.101 that could usefully be addressed,” Hinds wrote.

For the time being, Hinds’ action leaves Sen. Joseph A. Boncore, D-Winthrop, whose district includes Suffolk Downs, as the only sponsor. There is a related bill in the state House of Representatives, House Bill 13. That one is sponsored by the Massachusetts Gaming Commission.

Sterling Suffolk Racecourse has reached an agreement with fairgrounds owners Bart and Janet Elsbach to bring thoroughbred racing back to Great Barrington for up to 30 days of racing in the months of September and October with the goal of starting in 2020. The company expects to spend between $15 million and $20 million on the project.

But in order to accomplish that feat, Suffolk needs a change in state law to permit it to hold races in Great Barrington while at the same time allowing it to maintain its simulcasting and remote betting operations back in East Boston. That’s one of the reasons for the proposed legislation.

Concern among town officials is focused on local control and the legislative process. Others, including Housatonic resident Diego Gutierrez, have cited the questionable environmental record of Suffolk Downs.

Since Great Barrington’s permanent horse racing license was granted in 1998, a townwide referendum would not be necessary for Sterling Suffolk to operate in the fairgrounds, causing concerns among town officials that Suffolk chose Great Barrington precisely because the bill, if passed, would make horse racing much more difficult for residents to stop.

On the other hand, town planner Chris Rembold has said Suffolk would need at least two special permits: one for commercial amusement and another for floodplain protection, and possibly a third for work in the town’s water quality protection overlay district. All would require public hearings in which the concerns of residents could he heard.

Selectboard member Leigh Davis first raised the issue at a board meeting on July 22, not long after learning through media reports that the town was not represented at a public hearing on the bills in Boston on July 1 before the Joint Committee on Consumer Protection and Professional Licensure. Davis raised a series of questions about the lack of local control.

“I’m happy that Sen. Hinds is willing to stand with his constituents and have those conversations,” Davis told The Edge. “I’m looking forward to continuing my conversations with him.”

Davis has taken what she called “a deep dive” into the horse racing industry and state regulation of it.

“The bottom line is it appeared they were trying to bypass a public referendum,” Davis said. “It threw me off that they were going under the radar. Alarm bells went off when the town was not represented at that July hearing.”

Davis emphasized that she is not necessarily opposed to horse racing in general but that, “Each generation needs to determine whether they want horse racing, with its broad impact and long-lasting effects.”

Another concern that has been raised is that, once approved, the fairgrounds racetrack would expand to include other forms of gambling such a slots. Suffolk Chief Operating Officer Chip Tuttle was quoted in a Boston Globe interview about Great Barrington as saying that he “is skeptical any full-fledged track operation could survive without slots revenue as a subsidy.”

This set off alarm bells that Tuttle might want to turn the fairgrounds into a multi-use gambling center. Nothing could be further from the truth, Tuttle told The Edge. In his Globe interview, Tuttle was not suggesting additional forms of gambling for Great Barrington.

“We have zero interest in pursuing any sort of expanded gaming in Great Barrington or anywhere in the Berkshires,” Tuttle said in an interview. “Our proposal is strictly for live racing.” Any facility for additional gambling such as slots would be sited someplace “where there is a larger population base,” he added.

Tuttle said Suffolk has been hopeful that the bill Boncore filed would have been taken up in the Legislature over the summer. That did not happen, so Suffolk is hoping the Legislature will start debate sometime in the fall or early next year.

“The longer things go, the more challenging it becomes,” Tuttle said in an interview.

“Sterling Suffolk needs to play by the rules and not try to slide their horse racing operation into Great Barrington through a legislative loophole, which I believe they had a hand in crafting,” Davis insisted.

Tuttle disputed that characterization and emphasized that the project would require multiple approvals on the local level, including those outlined by Rembold.

“If we do move forward, we anticipate a full-scale permitting process that would allow the town discretion over if and how the project moves forward,” Tuttle said.

Meanwhile, both the House and Senate bills have been referred to the Joint Committee on Consumer Protection and Professional Licensure. Both Hinds and state Rep. William “Smitty” Pignatelli, D-Lenox, have indicated there will be additional opportunities for the public to provide input on the proposal before the Legislature votes on it.