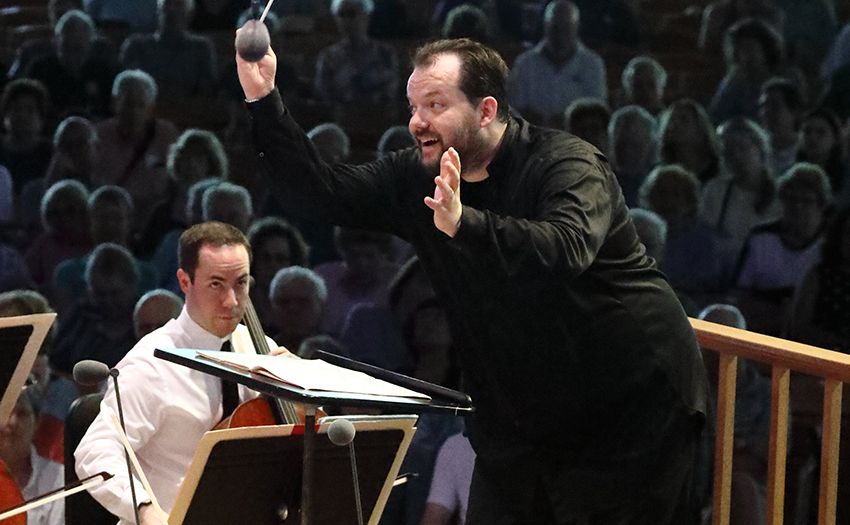 Boston — Latvian conductor Andris Nelsons has signed a three-year extension to his contract as music director of the Boston Symphony Orchestra. With an evergreen clause that hints at future extensions, the new contract runs through August 2025, replacing Nelsons’ current eight-year contract, which was to run through August 2022. In other words, there’s no end in sight for this unusually successful collaboration between an orchestra and its music director.

Monday’s news was announced at a joint press event between the BSO and Gewandhausorchester at the Gewandhaus in Leipzig, Germany. It included the announcement of an extension to Mr. Nelsons’ contract as Gewandhauskapellmeister of Leipzig and the continuation of the BSO/GHO alliance — an unprecedented partnership in the world of orchestral music.

It’s news when Andris Nelsons signs a contract extension with the BSO, but it’s nothing out of the ordinary — conductors have contracts with orchestras, and contracts often get extended. The real news is about the unique working relationship Nelsons and the orchestra have had since day one, when the conductor made his 2011 BSO debut at Carnegie Hall. Audiences at Tanglewood and Symphony Hall have picked up on the special chemistry that has helped Nelsons and the orchestra earn two Grammy Awards for their recordings on Deutsche Grammophon of Shostakovich’s symphonies.

What’s most noteworthy about the Nelsons/BSO collaboration is how long they’ve been working happily together — since the fall of 2014 — and how thoroughly they are not tired of one another’s musical companionship. It’s a bit unusual. So when they make a three-year contract extension, they take pains to let everyone know the ending date is by no means firm. Mutual respect is good for music making.