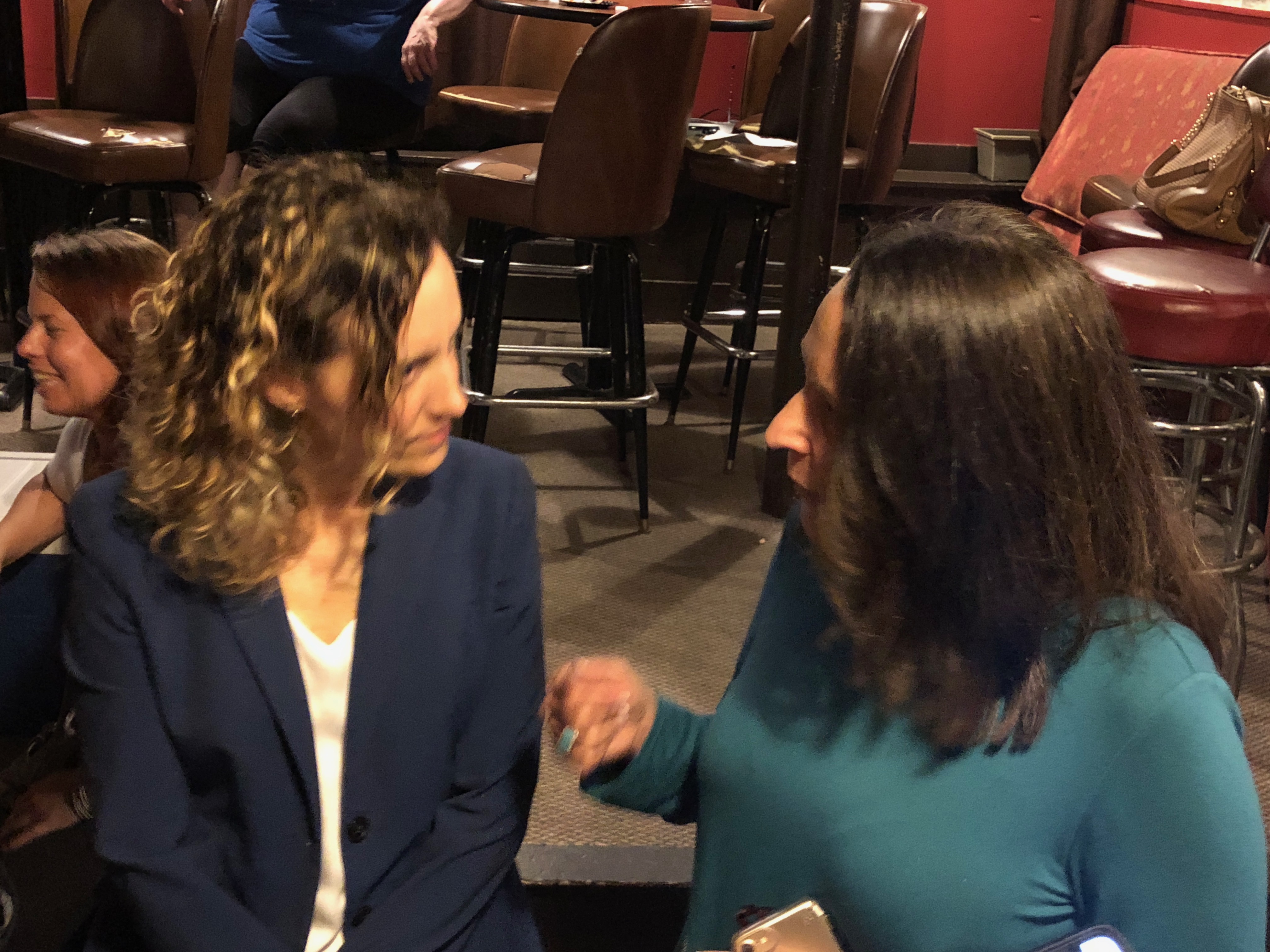 Berkshire County —There were few surprises in today’s primaries both regionally and statewide — with one huge exception.

In the marquee three-way match-up for Berkshire district attorney, incumbent Paul Cacciaviello was narrowly upset by challenger Andrea Harrington. Judith Knight came in third. Harrington had 40 percent of the votes to Cacciaviello’s 37 and Knight’s 23, with more than 90 percent of precincts reporting. Harrington has reportedly declared victory in West Stockbridge.

There is no Republican running for DA, so assuming her victory holds up, Harrington will run uncontested as DA. Her victory comes a something of a surprise. In a controversial move, former first assistant DA Caccaviello was earlier this year appointed DA by Gov. Charlie Baker after DA David Capeless resigned. Capeless had announced his premature retirement March 1, a full 10 months before his term was set to expire.

In video below, taken by Leigh Davis, State Rep. John Barrett of North Adams introduces Harrington during her victory celebration:

Caccaviello grew up in Pittsfield, attended the former North Adams State College, went to law school in Springfield and promptly returned to work in the Berkshire DA’s office, where he has been since 1988. Harrington is an attorney in private practice.

In other races, first state Sen. Adams Hinds of Pittsfield easily beat back a challenge from Lee Selectman Tom Wickham 88 percent to 12 percent. No Republican is running, so Hinds is a shoo-in.

Ditto Congressman Richard Neal, who represents the Western Massachusetts District 1, had no trouble dispatching his challenger, Springfield attorney Tahirah Amatul-Wadud, by a margin of approximately 70 to 30 percent. No Republican is running for Neal’s seat.

State Rep. William “Smitty” Pignatelli had no primary opponent; nor is there a Republican running for his seat. Ditto U.S. Sen. Elizabeth Warren, though she will face a GOP challenger in November.

On the state level, there was a closely watched race for secretary of state between longtime incumbent Bill Galvin and Boston City Councilor Josh Zakim. Galvin, who has been secretary of state since 1994, easily beat Zakim by 67 to 32 percent. Galvin will face Republican William F. Amore, who won the Republican primary uncontested.

In the Democratic primary for governor to run against Baker, former state secretary of administration and finance Jay Gonzalez defeated activist and author Bob Massie 65 to 34 percent-34. Click here and scroll down to see an Edge video of Gonzalez addressing a crowd on Park Square in Pittsfield last September.

State Auditor Suzanne Bump, who owns a home in Great Barrington, ran unopposed and will run against Republican Helen Brady in November.

Gov. Baker easily fought off a primary challenge from controversial conservative pastor Scott Lively. Lt. Gov. Karyn Polito ran unopposed in the GOP primary and will run in the general election against Quentin Palfrey, who bested Jimmy Tingle in the Democratic primary.

In the race for attorney general, James R. McMahon III defeated Daniel L. Shores, setting up a match with Healey in November. And Geoff Diehl defeated John Kingston and Beth Lindstrom for the right to challenge Warren in the general election.