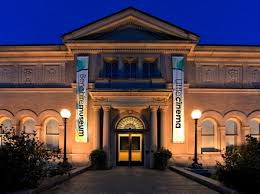 I am writing to implore you, for the sake of Pittsfield and Berkshire County, to write letters to trustees and the state’s Attorney General, join our Save the Art Facebook page, do whatever you can to get the Berkshire Museum to pause its scheduled sale of its most valuable work so that other options can be found.

Since the Museum announced the deaccession (when the works were already in Sotheby’s hands), financial analysts have determined that the museum has exaggerated its financial need, and that no museum of this size needs a $40 million endowment. Further, because this issue has generated overwhelming local and national attention, the opportunities for fundraising are now unlimited. The Detroit Institute of the Arts, when it was threatened with closure and the city wanted to monetize its holdings to bolster city finances, was able to harness just such publicity to bring it back to solvency. If that can happen to a large museum in a bankrupt city, it can happen anywhere.

Further, there’s no evidence that a children’s science and technology museum, which would also require gutting the classic Gilded Age building, would be successful. No economic studies have been published, no one concerned has been involved in such an undertaking before, and there is no science or technology expert on the museum staff. Expensive exhibitions must be created by outside commercial concerns and refreshed every few years, and with this move on the part of the museum being castigated by museum professionals nationwide, outside funding has dried up. It could turn into a $60 million boondoggle, leaving Pittsfield not only bereft of its great art, but with an unusable building.

We love the museum and have another vision – where, instead of sending these precious artworks into private hands never to be seen in public again, they are used as a springboard to establish the Berkshire Museum as one of Massachusetts’ great regional museums of art, history, and culture. As such it will provide access to great art within walking distance to the children of Pittsfield, attract tourism, and energize the city’s economy. Such a museum would capitalize on Berkshire history, rather than destroy it.

As I write this I’m reading that these very works (our paintings!) are drawing crowds as Sotheby’s tours them through Texas, proving their drawing power if properly publicized.

What this vision will take is normal procedure for other non-profits: creative programming and energetic fundraising. Given that the museum has not engaged in a capital development campaign for almost 10 years, it should be no surprise that the coffers have dwindled.

A children’s science and technology museum can be built anywhere. Let’s not destroy a venture that has been a hundred years in the making, whose purpose from its founding has been to celebrate Pittsfield and Berkshire County’s history, inhabitants and art. Help us make this alternate vision happen.