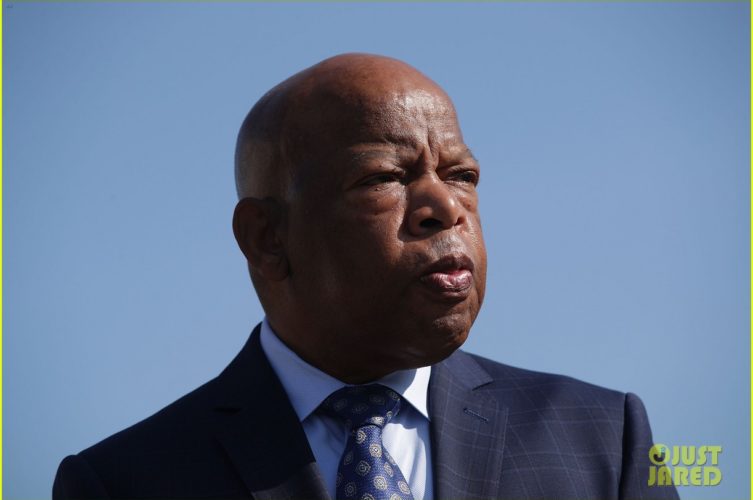 New York — I could write another homage to John Lewis, the famed congressman from Georgia who died July 17 —a politician whose moral vision, sense of righteousness, belief in the divine spark in every human being, and courageous actions transcended the political positions he took. But given that he has deservedly garnered innumerable tributes I wanted to write briefly about a significant time in his life.

In 1961 John Lewis joined SNCC (Student NonViolent Coordinating Committee) during the integrated Freedom Rides. Riders traveled the South confronting segregation at interstate bus terminals. Lewis and others received death threats and some were severely beaten by angry mobs. In 1963, when Chuck McDew stepped down as SNCC chairman, Lewis was quickly elected to take over.

Lewis was critical of JFK and to the left of Martin Luther King at the time, but he shared the same commitment to nonviolence and working with whites. And in Lewis’ words, King was “like a big brother to me.” In its heyday under Lewis and educator Robert Moses SNCC led the 1964 Mississippi Summer Project or Freedom Summer, which sent white and black college students to register black voters. It was a striking success.

In 1966, as the political anger of black and white youth grew, the charismatic New Yorker, Stokely Carmichael was elected head of SNCC. He moved SNCC away from Lewis’ vision, committing the organization to “black power” and the use of violence as a legitimate means of self-defense. He also drew attention to the plight of inner-city blacks.

However, Carmichael’s leadership was destructive, and he was followed as head of SNCC by the even more demagogic H. Rap Brown. Carmichael’s ascent saw a number of white activists leave SNCC, and financial support from white liberal foundations and northern churches dry up. By 1968 SNCC had merged with the Black Panther Party.

If there is one political lesson to be learned from Lewis, it’s that change is not brought on by flashy rhetoric and posturing, but on a disciplined, patient commitment to the long haul. Immediate political transformations just don’t miraculously happen. Even when he was dying, Lewis kept to that commitment. Lewis’ death was a great loss—a noble figure has passed.