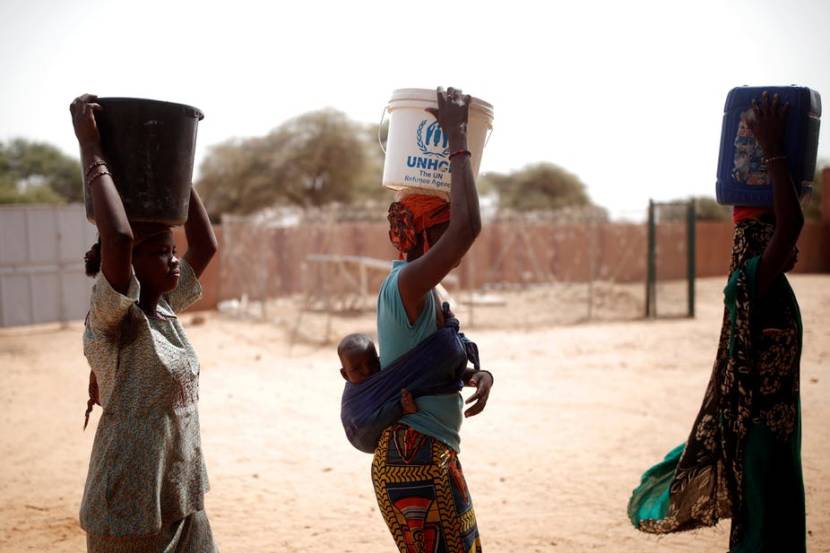 Michael Burry, played by Christian Bale in the movie “The Big Short,” is shown investing in water at the film’s conclusion. It is the commodity he sees as his next big money 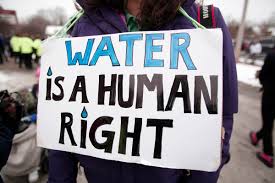 maker. As a hedge fund manager, he shorted the housing bubble of 2008-2009. While not depicted as a particularly nice guy, he certainly was portrayed as intelligent and forward thinking, if a little too Machiavellian for most tastes. He was, however, on to something.

According to Water.org, one in nine people lack access to fresh water. Think about that. There are approximately 7.7 billion people on the planet. About 71 percent of the earth is covered in water, though less than three percent of that amount is potable. There seems an irony in the fact that while oceans are expanding (they don’t actually “rise”), more and more people will face water shortages in the next decade.

Scarcity of water, of course, contributes greatly to starvation and drinking contaminated water, sometimes the only water available, is just as lethal. It also means sanitation services are lacking or non-existent. The result is that people are drinking more and more packaged water and spending meager resources to buy it while adding plastic to landfills. And it is only getting worse. Fewresources.org predicts that by 2025, approximately 1.8 billion people “will be living in countries or regions with absolute water scarcity, and two-thirds of the world population could be under stress conditions.” 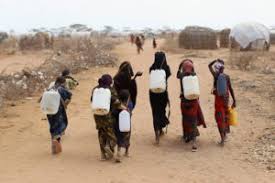 As dire as these predictions are, some people are trying to correct the situation. Since 1994 Hippo Water Rollers have helped people transport water in blue barrels that are rolled along the ground by pushing them with long handles. At least 20 countries have these devices, used most often by women and children. This simple apparatus has helped cut down on injuries from carrying heavy loads and has freed up hours of time for individuals in rural communities who must walk miles for fresh water.

There are all manner of solutions out there, from the billboard in Lima, Peru that pulls moisture from the air and produces drinkable water to LifeSaver bottles and Jerry cans and LifeStraw, which makes small water filtration devises. These devises are perfect for campers and survivalists, but are too pricey for someone living in poverty in a developing nation. However, according to the website, Lifestraw.com, for each item purchased a child in need receives a year of safe drinking water. One wonders if this includes communities like Flint, Michigan, or the other 3,810 U.S. locations with even higher lead levels?

There are several companies scheming to drag ice floes to areas such as Cape Town, South Africa or the United Arab Emirates. As outlandish as this sounds, it may be doable, but it would be expensive and leave a large carbon footprint. Since the icebergs in Antarctica are melting anyway, it doesn’t seem unreasonable to use that fresh water to help drought-stricken areas before they sink into the ocean, even if this sounds like science fiction. 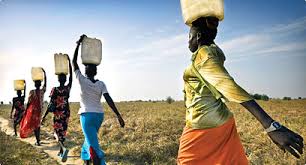 Desalination plants have been around for decades, but they are extremely costly and cause environmental problems. It takes huge amounts of energy to run the plants and one can’t just pump the super saturated salt water back into the ocean. Though they are used widely around the world, they aren’t really a viable option for poorer countries.

Inventors all over the globe are working on solutions. India native, Manik Jolly, founder and CEO of Grassroots and Rural Development (GRID) has designed a solar-powered water filtration plant that uses reverse osmosis and ultraviolet filtration technologies, converting hard water into clean drinkable water. Jolly’s design can be replicated across rural India, where the water crisis is most severe.

Several inventors are working on devices that pull water directly from the atmosphere, but they are currently only viable on a small scale. That could change in the future, but the future is also going to bring a more densely populated planet. The U.N predicts a world population of 9.7 billion by 2050.

It is worth reading the inventions listed in an article from the Guardian, published in April 2017. Some of these solutions have pushed the boundaries of creativity, from a Drinkable Book filled with pages that are used for filtration to mesh nets that capture fog. A couple of these are more viable than others, but the innovation is inspiring.

One young entrepreneur, Ludwick Marishane came up with DryBath while living as a teenager in Limpopo, South Africa. I encourage you to watch his five-minute TED Talk (see video below). He says that every time someone uses his product they save 80 liters of bath water, are protected against such diseases as trachoma, and can forgo long walks to gather water. Also, he is charming and funny and full of exuberance.