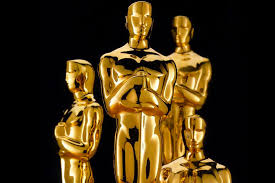 Academy Award night is my favorite holiday. As soon as the nominations are announced I start preparing by watching all of the movies in the major categories. This year the ballots have already been printed and the shrimp is in the freezer. I just need to polish my tiara, which I wear every year on Oscar night, even if I watch the show alone and in my jammies.

The gathering in my living room will be small this year, though in the past I have hung up posters, festooned myself with clothing and pins depicting different films, and awarded prizes to the person who picks the most winners. In 2003, just after “The Lord of the Rings: The Return of the King” won best picture, my (then) boyfriend said, “speaking of rings,” and held out a beautiful Edwardian engagement ring. I accepted, and though I never married that man, I still have the ring and the memory. 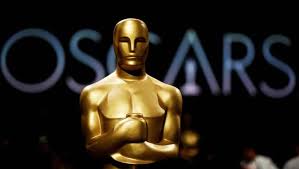 I don’t watch any other award shows, and I realize that if I looked at this one objectively it would make me cringe as an industry built on smoke, mirrors, and ego congratulates itself. But I can’t be objective, not when it comes to movies. Years ago I would sometimes watch four movies a day when I worked as a film critic. I was very pale and I spent my days in the company of other pale, nerdy people. Most of the time I was the only woman, aside from the ladies handling publicity for the various studios.

I was a freelancer, and some of the older, more established (male) critics could be annoyingly condescending to twenty something me, but still, I got to write about movies for a living. I watched them endlessly, I traveled around the country to interview actors and directors, and I got to go on sets. It was a dream come true until I realized that I could never, ever watch one more Mexican vampire movie, even if I were paid to do so. That was when I made the switch to reviewing audiobooks, making good use of my background in film to judge the overall production and not just the written content. 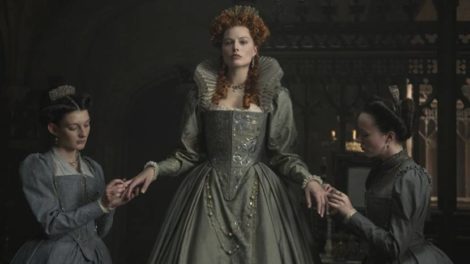 I never lost my passion for movies even after I hung up my hat as a film critic. I just didn’t have to sit through the bad ones any more, at least not on purpose. Still, it took me years to be able to walk out of or turn off a lousy film. Now I have no such compunction. In fact, I could only take about half of “Mary Queen of Scots” which is nominated for two awards: Costume Design and Makeup and Hairstyling. Aside from the fact that the filmmakers played fast and loose with history, the make-up, hair and costumes all seemed overly stylized and somewhat eccentric.

I have my doubts as to the success of this year’s show, as there is no host and there have been numerous attempts to change the format that were walked back for being patently stupid. First the Academy of Motion Pictures Arts and Sciences decided to give out awards during commercial breaks, so audiences at home would miss out on at least four categories. Earlier in the year a category was announced for the most “popular film.” One wonders how popularity can be used to judge something aesthetically, which is probably why that category was removed from the line-up as hastily as it was entered.

The lack of a host could be a huge pitfall. After all, some of the best shows featured comedians such as Billy Crystal or Whoopi Goldberg sending up the films being honored. I have a dreadful feeling that there will be a bunch of presenters reading off lame jokes and that the lack of a host will result in a less than cohesive show. 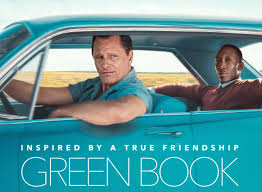 While I could make a good guess at what I think will win, I tend to fill out my ballot with entries I hope will win. I loved the most recent remake of “A Star is Born,” so much that I watched it twice and I will be happy to screen “Black Panther “ for the third time, but my heart is with “Green Book,” a movie I found to be sublime for both writing and execution. Sam Rockwell could very likely win a Supporting Actor Oscar for “Vice,” but I hope the Academy gives the nod to Sam Elliott for being the perfect, understated foil to Bradley Cooper in “A Star is Born.” 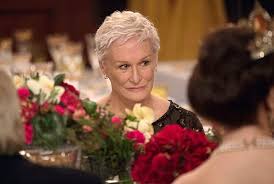 Glenn Close in ‘The Wife.’

I was very happy to see Melissa McCarthy play something other than a chubby clown in “Can You Ever Forgive Me?” but I hope Glenn Close wins the Best Actress Award for all those emotions simmering beneath the surface as “The Wife.” They can give the award for best Actor in a Leading Role to any of the nominees and I will be happy, though I may secretly cross my fingers when Bradley Cooper is announced for “A Star is Born” or Rami Malek for “Bohemian Rhapsody.”

I take all of this very seriously. I will never, EVER forgive the Academy for giving Al Pacino the Oscar for Best Actor in “Scent of A Women” in 1992. I still bring it up every year. I could not believe that Robert Downey Jr. did not win for his elevated and magnificent portrayal of Charlie Chaplin in “Chaplin.” And I am warning everyone now that if the extremely mediocre and somewhat blurry “Roma” walks away with top awards there will be much gnashing of teeth and complaining in my living room this Sunday evening.