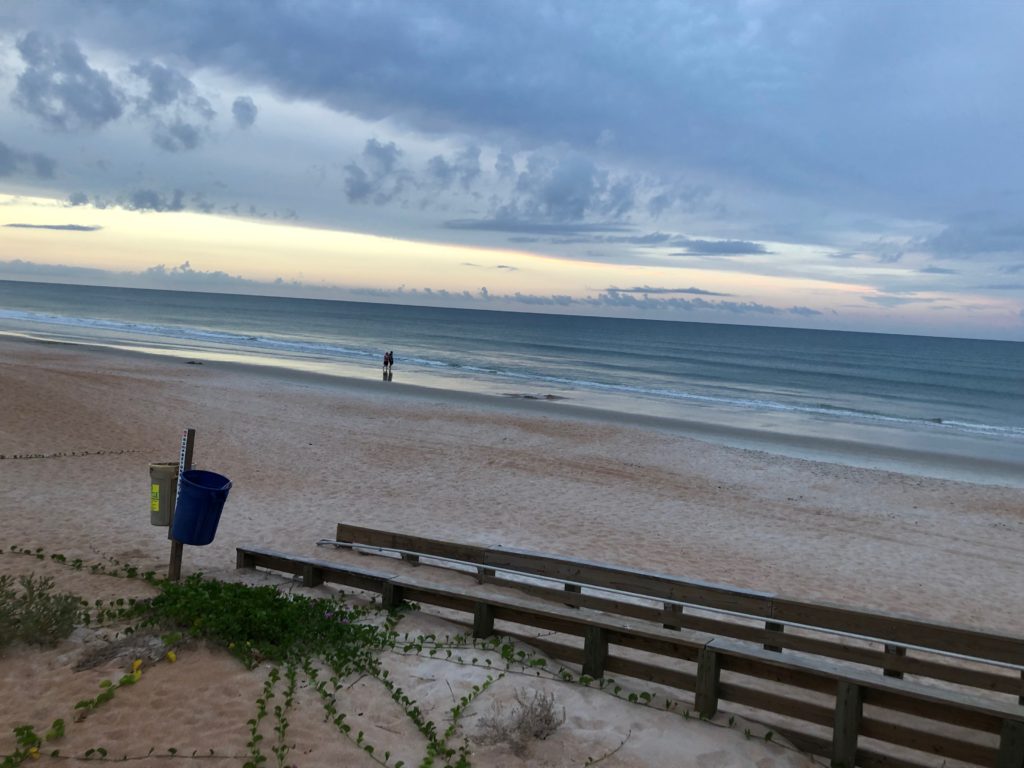 We meant to do this the summer after high school. We were going to drive across the country. We talked about it; we schemed. It did not seem to matter that neither one of us owned a car at the time. I am not even sure if Betsy had her license; I know I didn’t have mine. It is not surprising that the trip never materialized. I am not sure what Betsy did the summer before going off to the University of Virginia, but I worked for the Berkshire Theatre Festival in the kitchen, feeding the interns before starting my own scholastic adventures at Boston College. 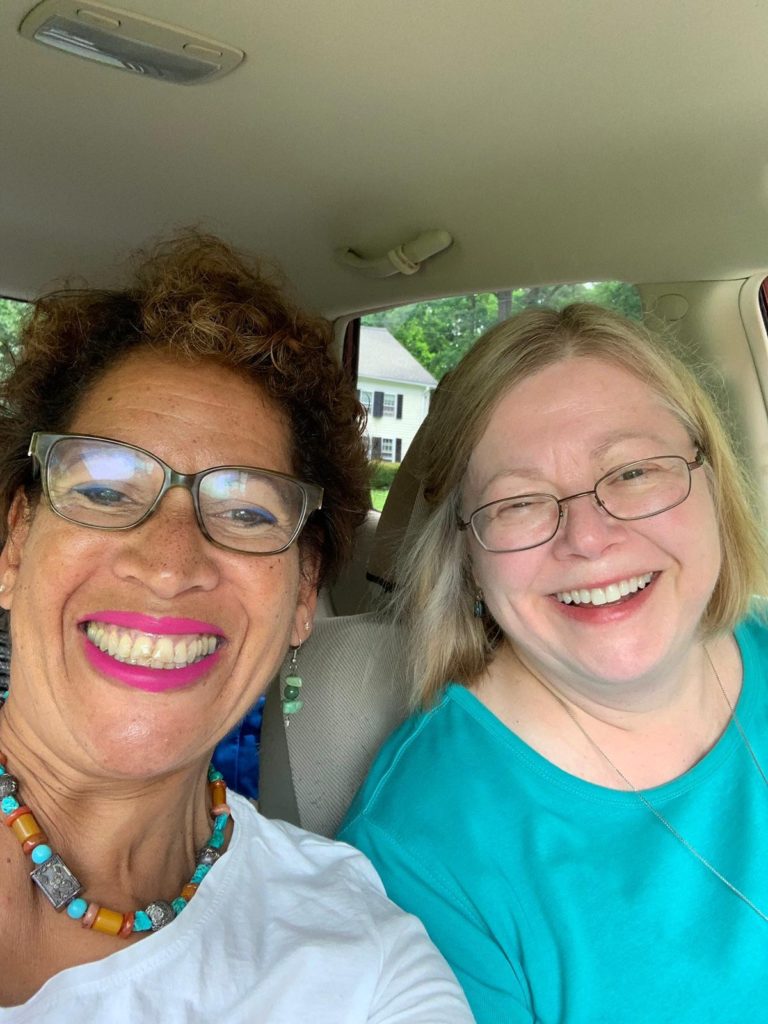 We stayed friends throughout our college years, visiting often and then occasionally. I remember laughing hysterically with her and spending many hours with her in Irish bars in Boston, especially the Black Rose. Though I doubt she has any Irish heritage, Betsy was always hooked into the Irish community in Boston and was great fun whenever there was live music and rowdy singing. Always political, it was Betsy who introduced me to my husband while I was still in college. At that time she was working on Sen. Ted Kennedy’s presidential campaign and so was my now ex-husband.

Betsy was just always there, always a part of my life. We met in our junior year in high school and immediately hit it off. We both loved to learn and she is very quick-witted, so we laughed a lot. Smart and a bit of a nebbish, Betsy would race down Mass Ave. in Boston, chasing after me, reciting “The Charge of the Light Brigade” at the top of her lungs. I still laugh when I think of it, and she can still recite most of it. And then there were the four days in which we were snowed in during the Blizzard of ‘78. I am not sure where we got the vodka, but we lived on nothing but Pink Panthers (vodka and pink lemonade) and macaroni and cheese out of a box, until all we had was pasta and cream cheese, so we ate that. These days the only thing we abuse is coffee.

A few years after I was married and working at Oxfam America, Betsy headed for a job in Cyprus, where her sister lived. That same week, my husband and I left our jobs and moved to the Berkshires, while Michael B., the fourth member of our trivia team at Mr. Dooley’s Irish tavern in Boston, left for Washington. I always found it strange that we left one another’s immediate orbits the same week, but for the most part, we’ve all stayed in touch. 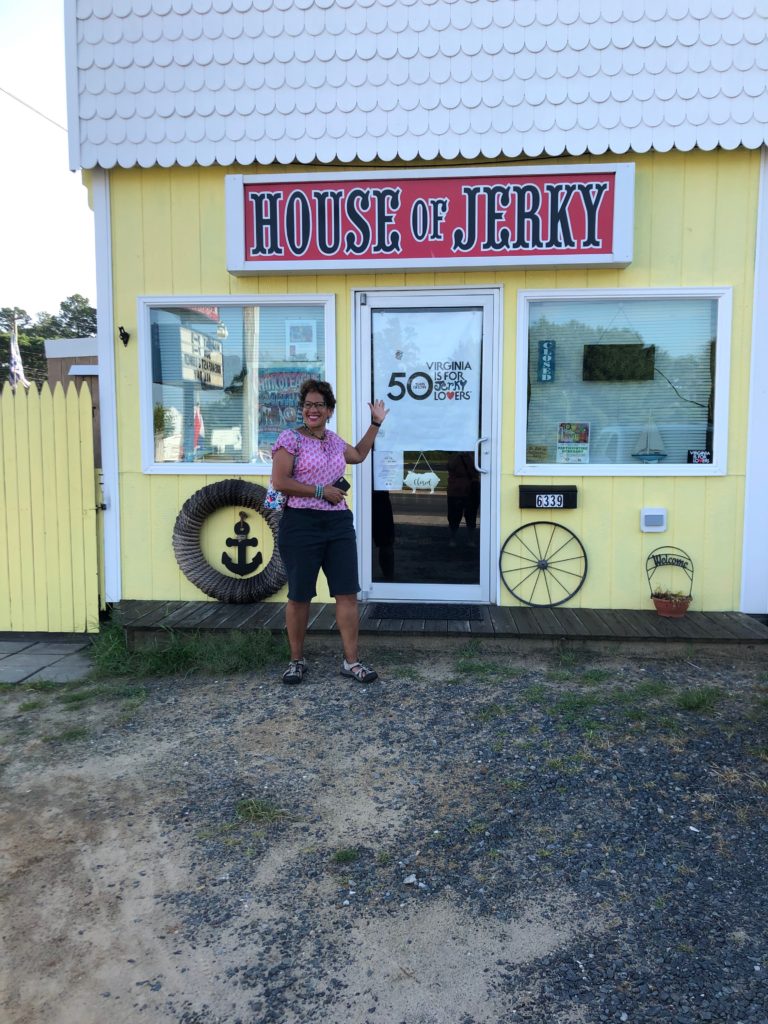 Betsy Dixon at the House of Jerky. Photo: Rochelle O’Gorman

I kept meaning to get to Cyprus to visit Betsy, but work was so hectic in those days and there was always a reason not to go. Then Betsy married a man from Australia and off she went. The marriage may not have lasted, but her love of Australia has, and there she remains. We tried talking over the computer for a bit, but I hate those camera phones. It always feels like I am on “The Jetsons” and miss the privacy of a regular phone line and being able to chat in my jammies without being seen. Then there is the fact that I am a lousy correspondent. You would think that since I write for a living, I would be better at sending letters, but I find I never maintain the connection because I grow weary of writing. Emails and texting have greatly enabled my ability to stay in touch with people though, ironically, I treasure the actual paper letters people have sent me, especially those from Betsy that feature her fierce sense of humor.

We tried to plan another trip across the country maybe 20 years ago, but it never panned out, though I have seen Betsy on her jaunts back to the States. This time the stars aligned. Betsy arrived in Boston with three weeks ahead of her and enough unscheduled time to wander south with me. We drove too long for the first day, but spent a delightful evening in Chincoteague, Virginia, home to wild ponies and known for the “Misty” novels by Marguerite Henry about those same ponies. Had I driven alone, I would have headed to the Outer Banks, even though I have already been there several times. Having Betsy in the car to navigate brought us to a place so lovely I hope to return to it and fully explore.

We listened to music and audiobooks, we ate copious amounts of jerky, but mostly we laughed. Betsy and I aren’t the same people who met as teenagers in a new school over 40 years ago. We are independent women used to travelling alone and calling the shots, so the first day had a few tense moments, but nothing that wasn’t easily ignored and forgotten. 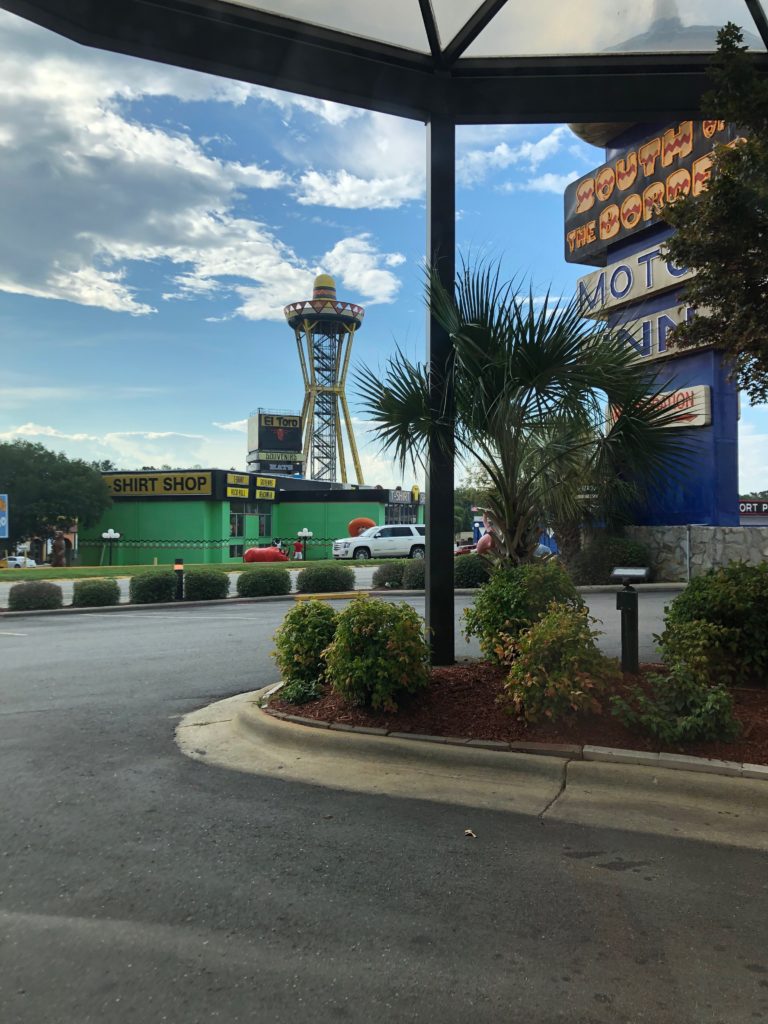 South of the Border in South Carolina. Photo: Rochelle O’Gorman

I also would never have stayed at the outrageously tacky South of the Border without Betsy, who wanted us to get the honeymoon suite just to see what it could possibly look like in that fiesta of neon and pseudo-Mexican hospitality. I was less enthusiastic about the fancier room, as it seemed a sad destination on a happy day, but was happy to revel in the utter outlandishness of a fake Mexican resort along a major thoroughfare in South Carolina.

We were in and out of the car for over two and a half days before we rolled into Ormond-by-the-Sea and were greeted by a scenic drive under densely growing palm trees and spiky, alien-looking vegetation before being blinded by sparkling ocean waves. And then, before I had properly caught my breath, Betsy was gone again. A couple of days of peaceful oceanside walks and a bit of swimming and Betsy headed back to Boston, though with vague plans for us to take another trip, next time with her sister and my daughter—hopefully to Chincoteague and hopefully before we need wheelchairs and my daughter is vacationing with her own family.