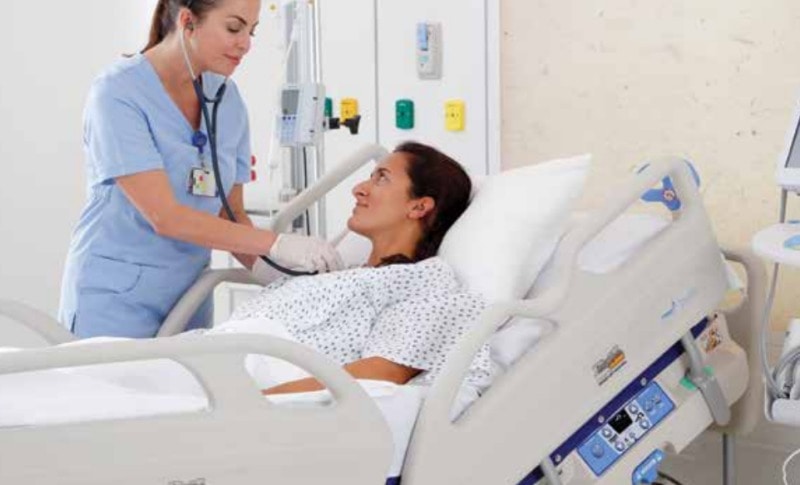 Lee — I am happy to report that I have a new knee and now have enough titanium in me to set off a metal detector from a block away.

The good news is that the knee is doing exactly what it is supposed to do: It is bending and supporting me. Though it still hurts quite a bit, especially on rainy days, it means I am walking without a limp for the first time in a dozen years. And weirdly, I am a bit taller now that my knees are not as compressed.

While the operation went smoothly and I have nothing but praise for the surgeon or the anesthesiologist, I was shocked at the difference in the nursing care and the upkeep of the facilities compared to three years ago, when I had my first knee replacement.

The last time I underwent the surgery, the pain was not managed properly, but the nursing care and physical therapy was spot on. This time, I was barely given any PT at the hospital and when I was, it felt as if I were being carefully monitored so that the insurance company could send me home instead of to the rehabilitation facility associated with Berkshire Medical Center. I felt that I was being monitored because I was.

I had made arrangements to go to Hillcrest Commons, which is where I spent about 11 days recovering in 2016. The joint replacement program was new at that time and it was fabulous. Several people met me when I arrived. My pain meds and physical therapy schedule were discussed. A nutritionist talked to me about my weird food allergies. The private room looked out onto a garden and it was kept very clean. Prior to arriving at Hillcrest, I had very good PT in the hospital and found the room to be clean and tidy.

This time, the hospital room was not cleaned until I asked for it and my “case manager” was hostile, telling me I had to get out right away if I wanted to get a room in the rehab and, at that, I was only approved for three days. So, two days after surgery, I was given the bum’s rush and when it was clear that I was not physically up to it, granted another day in the hospital and then dumped at rehab. No one met me. No one even asked if I wanted to eat anything for two days. When I caused a stink, someone came and talked about my allergies, and then gave me a meal to which I was allergic. The place was clearly understaffed and I felt as if I had to fight for everything.

The difference between three years ago and now is that my insurance became “managed.” That means a company was hired to oversee the way the insurance company spends its money. This also means that less and less is approved for the patient. So, after a couple of days of languishing at the rehab, and only two days of physical therapy, I was told I would be on my way.

I managed to stay for over a week, but only because I fought the insurance company, helped by some very nice people at the rehab who reported me unfit to go home. I was terrified and anxious. My knee was not responding to the PT and I was, for all intents and purposes, just dragging my leg around. I live in the hayloft of an old barn. It is a flight up the stairs to get into my house and another flight to get to the floor with the bedrooms and the bathroom. That second flight of stairs is high and narrow—each riser is nine inches high. I pictured myself careening down the stairs and breaking my good leg. My mother, who is in her 80s, was in Florida, and I sent my 14-year-old away to stay with friends—she was nervous about the surgery and I wanted her well out of it. So I would have been sent home to a difficult situation with no immediate support system and a leg that did not work properly. Keeping me at rehab should have been a no-brainer.

Physical therapy at Hillcrest was, and still is, top-notch. An outside company is contracted by the facility and I thought, and still think, it is the best PT I have ever had. It’s too bad the rest of the place has gone downhill. I find it ridiculous that I asked at both the hospital and the rehab for compression stockings. And I asked. Then I asked again. I asked for three days. I was initially given a pair that only fit the leg that was not swollen and sore from surgery. By the time I was sent from rehab to the doctor, I had cellulitis and was in considerable pain. The kicker is that it only took five minutes for a nurse to walk down the hall at the rehab and retrieve a stocking.

That kind of negligence is difficult enough for someone who is aware and outspoken. Imagine the suffering endured by elderly or incapacitated people left to the mercy of strangers who can’t or won’t properly care for them. Not that everyone at either facility was inept—there were some wonderful, hard-working nurses at both locations, but they were clearly understaffed and overworked.

I asked everyone who would talk to me why things had changed. The answers all involved cost-cutting measures. I was repeatedly told that since more insurance companies relied on managed care, less money is being spent on staff and upkeep. This is a worrisome trend, especially since we lack doctors in this area. Dermatologists and dentists are hardly flocking to the Berkshires, and my daughter had to wait over eight months to see an osteopath about her headaches. If our facilities are not up to par, how can we expect to attract competent doctors to the area?

I am not sure what we can do about health care in the Berkshires, other than contact local politicians and make sure complaints, and praise, are given to hospitals, clinics and doctor’s offices. Fighting with the insurance companies is like fighting with the Mafia—they have all the power and we have almost no recourse when turned down for services other than to argue with the insurance company or call a lawyer. Personally, I had a long chat with folks at both the hospital and the rehab about my experiences and I am hoping the situation improves before I need a new hip.