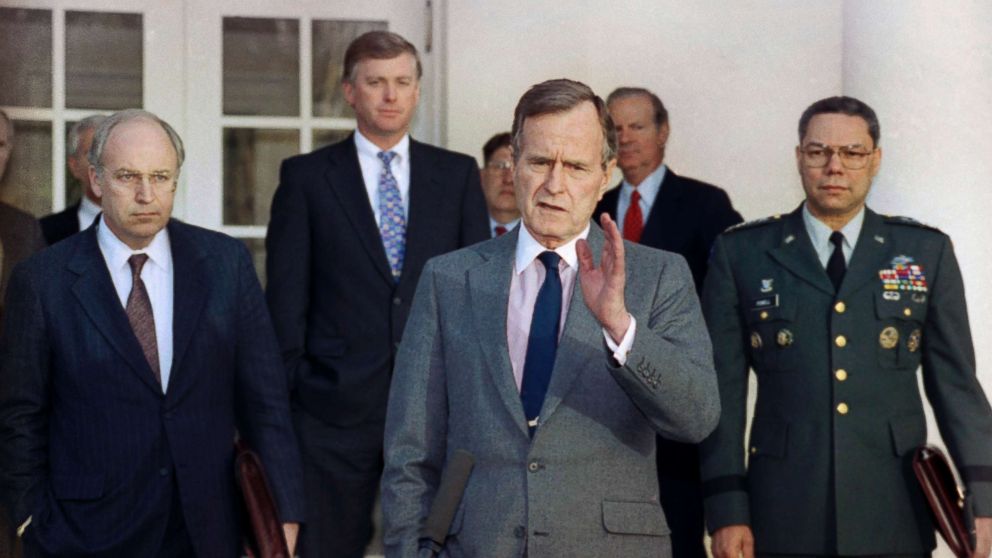 AMPLIFICATIONS: Looking through the lens of time

I used to write hate letters to the elder President Bush. I despised him; I never had a good thing to say about him. I did not trust his background in the CIA. I loathed his policies on education and the environment. I thought the government should have shut down Exxon for what it did to the Prince William Sound when the Valdez spill occurred. At the time I didn’t think he was doing enough for the environment, and the Gulf War took up much of my time as I marched against it and protested through calls and letters.

It all seems so naive now — all those letters sent on recycled paper printed with soy ink, all that outrage! Now, of course, the late Bush Sr. looks like the model of diplomacy. In retrospect, I find his environmental policies more moderate than I considered at the time and I appreciate the fact that he always conducted himself with decorum. We never had to worry that he would pull some lame-brained scheme out of nowhere and change public policy with a tweet. We never had to worry that he was taking orders from Russia or allowing oligarchs into the Oval Office while keeping the free press out. And Bush’s immigration policies just about doubled the number of people allowed into the country, bringing much-needed reform at the time.

Now we have a man so drunk with power that he openly admitted using Rudy Giuliani to dig up dirt on his political rivals in the Ukraine as our Senate basically condoned his actions. We have a man rolling back environmental regulations to make it easier for corporations to kill us. Our Dear Leader is plowing through sacred Native American burial grounds in order to build a wall to keep America as white as possible. We live with the daily knowledge that tens of thousands of people are subsisting in camps all for the crime of wanting to live in this great country.

I can no longer see us as the country of my youth. I always thought America lost its innocence when JFK was assassinated, followed by Martin Luther King Jr. and, soon after, Bobby Kennedy. I used to think that was when America changed, but now I know it was the day the Senate failed to remove Emperor Trump from office.

And I am worried about what appears to be heading our way, because what is going to happen to those who speak out against Trump’s totalitarian policies? Punitive and small-minded, he even fired the relative of a man who testified against him. He actually marched Lt. Col. Alexander S. Vindman and his twin brother, Lt. Col. Yevgeny Vindman, out of the White House in a public display of disdain. Donald Trump Jr. gleefully and publically named the whistle blower who first spilled the tea about the crimes in the Ukraine committed by this president and his henchmen. The White House let it be known that any senators voting to remove Trump from office would have their “heads on pikes,” which makes Mitt Romney’s act of defiance all the more admirable.

Funny thing: I used to despise Romney too. During his first run for president, I gave him a very hard time when he was making an appearance at Wahconah Park. I am sure I embarrassed my then husband as I argued with Romney about his involvement in the church while planning to remain in the government. I still do not admire many of his policies, but I give him much respect for standing up to the bully in charge of our government. I just hope he has to the fortitude to withstand the hatred and rancor heading his way. Trump’s narcissism and utter contempt for the law could put Romney in harm’s way, because one never knows who is going to take the president’s words to heart and hurt someone.

I have even started to worry about the journalists who expose his lies and the talk show hosts who make fun of him or rail against him. Will the IRS be investigating them? Will they be subject to raids or unlawful arrests? It seems less preposterous a thought than it did a year ago, doesn’t it?

And that is exactly how Germany went from the Weimar Republic to a fascist regime. Little by little, everyone became used to losing a little freedom, learning to kowtow to the Nazi Party, saying nothing while great swathes of the population lost their rights, lost their work, lost their freedom, lost their lives.

I see more similarities to that regime than I used to, and I have been seeing them for a while. We have, on any given day, over 50,000 people in camps with over 400,000 arrests since Trump took office. We have people being intimidated if they speak out against obvious corruption; we have an attorney general who actually said that the president could do anything he wanted in the service of getting re-elected.

My mother keeps telling me that the country is not a lost cause, that everything is cyclical and that we can vote him and the Senate out of office. I hope she is correct, but between Russian involvement, the infiltration of the media by foreign-born fake news and the collaboration of our own Senate, it seems hard to keep the faith. I just hope that, in a year, we are looking back and thinking that we were lucky to have escaped Trumpian policies and that we didn’t just idly watch as the rule of law was completely extinguished.

More by Rochelle O'Gorman »
« Previous
Next »

— Napoleon Bonaparte
Read next: BerkShares Business of the Month: Lauren Clark Fine Art and Framing on the Edge