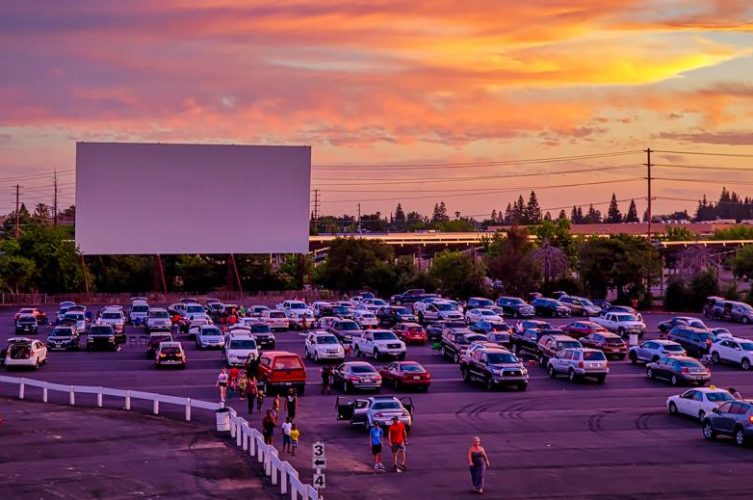 Looking for something to do this weekend? Or one evening during the week? Or anytime this summer?

If so, join the club. Happily, things look less bleak midsummer than they did a couple of months ago, thanks to the creativity and adaptability of folks running arts organizations, restaurants and even Walmart as drive-ins pop up all over our county and all over our country. Expect everything from classic horror movies from past decades, family treasures, musicals, and even documentaries and art films.

It is advisable to go to the website for each drive-in and read the rules, though most are similar: Stay in your car, don’t sit outside on chairs and wear a mask when out of the car. The drive-in at Four Brothers in Amenia, New York, offers an extensive menu, but all provide concessions from their own stands, food trucks or local restaurants. Most discourage you from bringing your own food, so check the rules online. Movies start everywhere at sunset, and you really must arrive early to stake out a good spot because customers will be turned away once capacity is reached. If you don’t want to use your car radio, just bring a portable radio. Local groups sell their tickets online and require that you buy them ahead of time. And please keep in mind that in most locations, the kiddos cannot run free and play before the movie starts, as everyone must remain in their cars when not purchasing food or using the restroom.

The Sunset Cinema, run by the Berkshire Theatre Group, was the first drive-in to open locally and has been catering to families from Thursday through Saturday. Two animated moves will be shown this weekend, “The Iron Giant” Friday night and “Coco” Saturday, with the musical “She Loves Me” showing next Friday. No titles have been added for next month yet as a live version of “Godspell” is being staged under a tent, but you can always check the website. The movies are being shown at Taconic High School, 96 Valentine Road, Pittsfield, and admission is $25 a carload.

You must purchase your tickets ahead of time and gates open at 7:30 p.m. with showtimes at 8:30 p.m. until Saturday, Aug. 15, when films will begin at 8:15 p.m. Get there on time, because cars will not be permitted on the grounds once the film begins. BIFF is also working with local restaurants to create picnic boxes, so check the website to see where you may purchase them. Cancellations due to rain will be listed on the website and rescheduled for the following Monday.

The Mahaiwe Performing Arts Center in Great Barrington has created the Mahaiwe Drive-In at Bard College at Simon’s Rock in the parking lot of the college’s Daniel Arts Center. This weekend is the grand opening, with a showing of Steven Spielberg’s “Raiders of the Lost Ark” being screened both Friday and Saturday night. Check the website for upcoming titles to be shown Thursday through Saturday this summer. Local concessions will be provided by SoCo Creamery and the Berkshire Food Co-op. As with most local groups, you must buy your tickets prior to arriving. Admission is $25 per vehicle and attendance is limited to 50 cars.

There are several drive-ins about an hour away from the Berkshires and all are offering an array of movies, snacks and meals. The Four Brothers restaurant on Route 22 in Amenia, New York, has set up a drive-in next to the restaurant and it offers a surprising array of movies and comfort food. It is open every evening and the movies change on Thursdays. The website is cute and old-timey and allows you to purchase both food and tickets ahead of time. If you arrive without having bought your tickets, you may not get in, so plan accordingly. Tickets are $6 for children under 10 and $11 for adults, except on Thursday nights when there are triple movies shown for a whopping $12, which seems to be the best bargain of the summer. An added treat is the full dinner you can order from the restaurant instead of making do with popcorn and candy.

The Hi-Way Drive-In Theatre on Route 9W in Coxsackie, New York, is also offering triple features along with standard concessions. Like most commercial drive-ins, you purchase your tickets there ($10 for ages 10 and up, $5 for children 3-11, and free for children under 3). There are four screens and lots of options, but get there early — it fills up. It is open daily.

An example of the fun films being shown this summer can be seen every evening at the Hollywood Drive-in on Route 66 in Averill Park, New York. “The Blues Brothers” and “Animal House” were shown last week, and starting this weekend are “The Goonies” and “Gremlins.” Gates open at 6:30 p.m. on Fridays and Saturdays and at 7 p.m. from Sunday through Thursday. Admission is $10 for adults and $5 for children ages 3-10.

Heading in the other direction is the Pleasant Valley Drive-In in Barkhamsted, Connecticut, which has been operating since 1947 on a 3-acre lot near the west branch of the Farmington River. Following traditional programming, it first screens a movie aimed at children followed by a more adult offering. For instance, this weekend “Despicable Me” starts about 9 p.m., followed by “Fast Five.”

Pleasant Valley has a 250-car capacity and only takes cash, so leave the plastic at home. Admission is $10 per person ages 13 and up, $5 per child ages 6-12, and free for children under 5. Thursday is “Carload Night,” so the entire car is $20. The drive-in is open Thursday through Sunday and offers mostly traditional concession fare.

Lastly, Walmart has teemed up with Robert De Niro’s Tribeca Enterprises to transform 160 of its store parking lots into contact-free drive-in movie theaters. Beginning in August, Walmart will begin showing family-friendly movies and offer concessions delivered right to customer vehicles. Check the website for locations and other pertinent information.