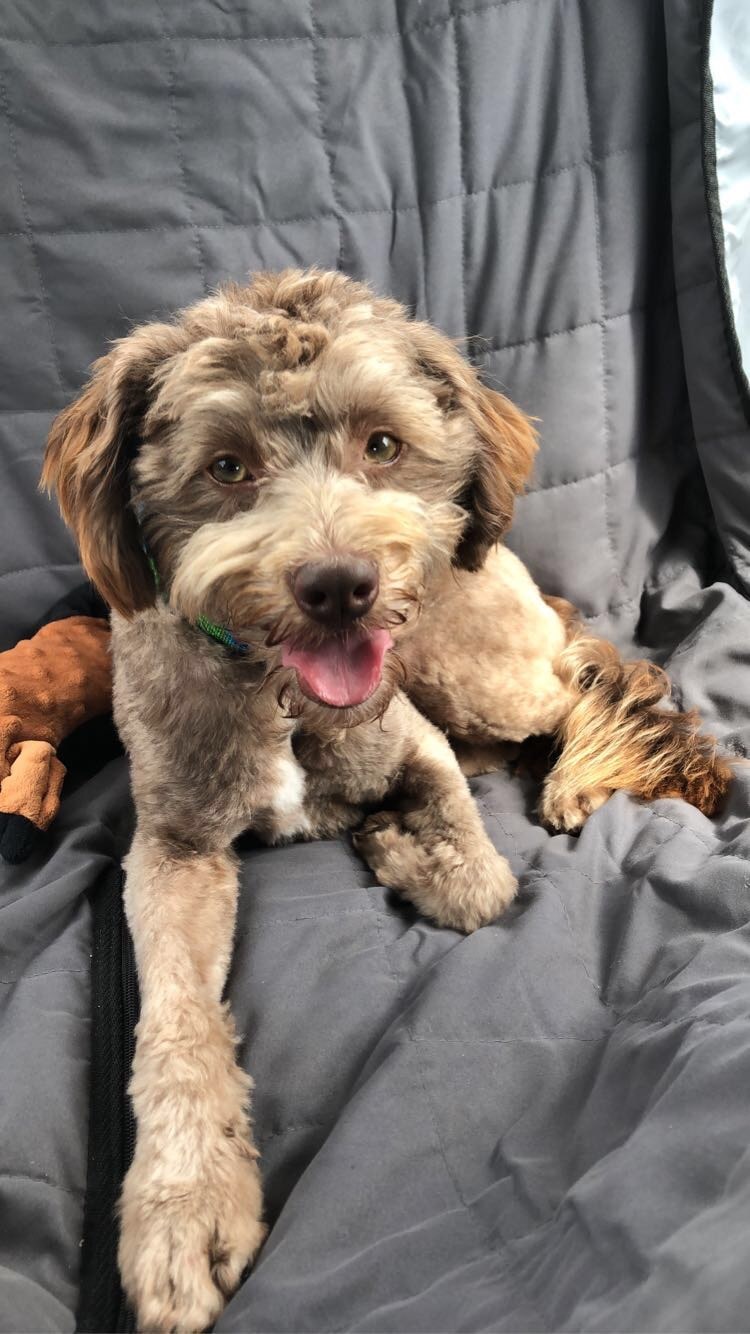 My daughter and I recently adopted a dog, and while I do not mean this in any disrespectful way, I was struck at how similar the experience was when I adopted my daughter.

Let me explain: The process took much longer than expected; it was time-consuming; we had to travel to a different location to pick up the adoptee; there was an adjustment period; people I did not know offered me advice while out in public; and it worked out better than imagined.

The process for adopting my daughter was much more grueling, of course. It was outrageously expensive and one had to be very determined to deal with all those forms both before and after her arrival in this country. I just never expected to have to spend hours filling out forms for a doggie. It took months. We searched through shelters all over New England, New Jersey and Pennsylvania, filling out forms with national pet adoption agencies and individual shelters. Finally, a very nice woman at Give a Dog a Home in Sebec, Maine, helped us after we just missed out on another pup.  She told me to quickly fill out the application and make two choices, as a shipment was coming up from a kill shelter in Texas.

We did as directed, listing the vet, several references and the height of our fence. I was surprised at the amount of questions, but I understood. People are spending their time and effort trying to pull animals out of kill shelters in areas where they are very predominant; they don’t want to dump those same animals with people who are unprepared or disingenuous.

Kay and I lost our minds when we got the call. She had wanted a Bijon/poodle mix, but I actually put that pup down as our second choice. I could not keep my eyes off a shaggy mutt with ginger and tan hair. He looked confused, had clearly piddled on the carpet next to him and was obviously filthy. I loved him, just like I fell in love with my daughter’s photo when it was first sent to me. She was scowling and tiny and looked miserable, but had decorated herself with the flotsam and jetsam she found at the orphanage. I adored her before I even filled out the paper work.

It is a strange thing, this collecting of people and animals from other places, but the puzzle pieces fit nicely. My daughter was beaming, even after an all-day drive to Maine and back. It took us 16 hours, half spent with the oiliest, dirtiest dog I have ever seen. Scrawny and clearly confuzzled, we thought he was mute. (He’s not.) He was so matted and covered in dreads that I was tempted to name him Bob Marley. We settled on Bennie, which we later discovered was the renamed pet of another family who also adopted from the South the same week and had been written up in the Berkshire Eagle. I took this as a positive omen.

We quickly realized that he was not the Portuguese Water Dog as described, probably younger than we were told, and not house-trained as expected. It’s okay; we are working on it. We think he is a poodle and Lhasa Apso mix, but “mutt” works just fine as a descriptor, and this mutt makes us deliriously happy. He is an immediate stress reliever. My daughter and I have taken to jumping on my king-size bed and rolling around with Bennie, who loses his mind as we scream with laughter. This pup has no shame and will show you his belly in a heartbeat. He leaps into my arms when I come home and loves to give us kisses. We decided he was probably a hobo in Texas, roaming the streets, eating garbage, living rough. We like to think this sweet pup bolted and was not abandoned, but we could just as easily tell ourselves he was carried away by fairies. We shall never know.

What I do know is that it shakes me to my core to think this adorable critter was scheduled to be euthanized, that he had not been neutered until he was taken from the three-day kill shelter, and that he was starving and scrawny. I also know that I love the people who save these animals and wish we had a national policy regarding spaying and neutering. I can only hope that kill shelters are made illegal in the future. And I wish I could make adoption, of both children in need and pets without homes, a more viable option for most people.