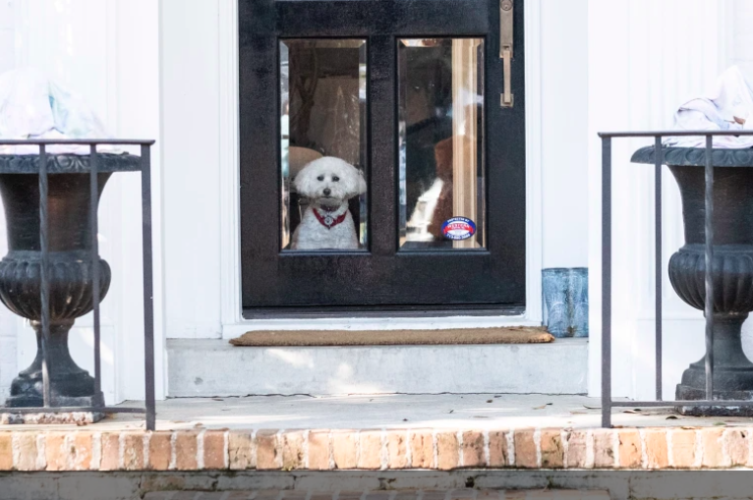 Snowflake, the Cruz family dog, did not get a ticket to Cancun. Photo: The Sun

OK,  so Ted Cruz became an international scandal. Why? The guy is a creep. There is so much built-up animus against Donald Trump from any thinking, decent person and all that energy needed a place to go. It got transferred to Cruz.

When Cruz and his family took off for Mexico and left his freezing constituents behind, the news of his perfidy also took off. It became the number one story that everyone — and I mean everyone — was talking about. All the pundits and reporters were looking for anything that might further aggravate the people who already really despise the guy.

Now, it is true that when my wife Roselle and I go on any kind of vacation, we often leave the most important member of our family, Murray the Westie, in the care of a wonderful woman who adores the dog. Our friend moves into the house and stays until we return. Of course, we compensate her for her effort.

I tell you this because the Cruz dog, Snowflake, has become part of the story. The pundits are saying that Cruz left the dog behind. OK, you can despise Cruz. You can call him out for his unbelievable arrogance, chutzpah, and insensitivity, but the dog thing is a bit of stretch, even when you have issues, as so many of us do, with the guy. He deserves everything people can throw at him. Had he left the dog with no food or water or no keeper, that would have been another thing.

Then there is the case of Andrew Cuomo. It is interesting. A lot of people don’t like him. They see him as mean and tough. My nickname for him has always been “Tough Guy Andrew.” He didn’t get where he is today by being overly sensitive. It is clear that he could have played the nursing home situation differently by just laying it all out from day one. After all, he made his reputation and political cred by being open, while Trump was lying all over the place.

Cuomo and his health commissioner, Howard Zucker, were under tremendous pressure from day one of the pandemic. For some reason, Cuomo obfuscated when it came to the nursing home deaths. Zucker was quite clear about that. But the press, being what it is, took off after Cuomo who had just scored a 55 percent approval rating in the Siena Poll. The story energized Andrew’s enemies, some of whom were quite explicit with me for saying anything positive about the governor. The truth is that, despite the fact that I like Andrew, I have disagreed with him on many different issues for years and he always reminds me of that, including my supposed endorsement of his primary opponent a few years back.

I have been getting a lot of e-mail on Cuomo. You would think that, with all the negative press, the mail would be pretty sour. Not even a little true. It’s probably 10 to 1 about how people love the governor and that he has done nothing improper. People are outraged and I think they have a point.

Finally, there is the question of whether Donald Trump will be prosecuted and possibly sent to jail for tax evasion and other crimes, which is probably why he wanted to hang on to his office so desperately. It also may explain why the guy has been relatively quiet the past several weeks.

As for District Attorney Cy Vance, this is his ticket to re-election if he wants it. Of course, if he falters, it won’t bode well for him. He has recruited a top prosecutor to carry the case forward. This would be a fitting end to Vance’s political career if he can pull it off.