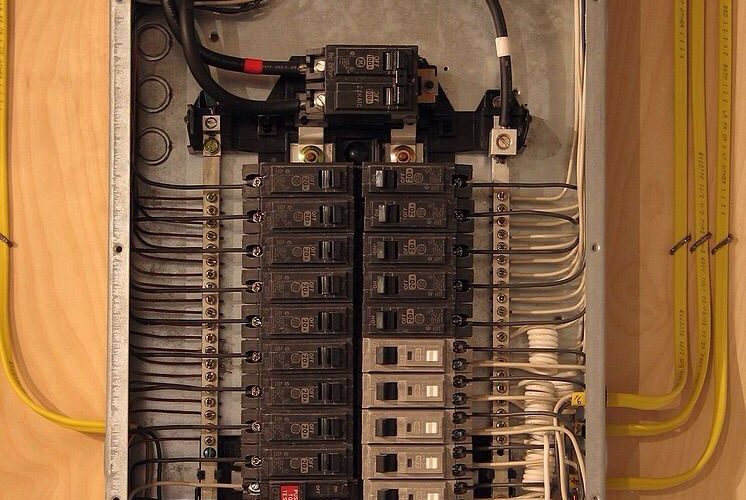 When you live in a house that was built at the turn of the 20th century, you come to realize that you proceed at your own risk. Something is always going wrong and if you are, as I am, a person who was not trained to do much in the way of plumbing or electricity, you either learn a few basics or you depend on those skilled people who know how do to things. Then you pray that things don’t go bad at the wrong time. If it’s 20 below zero and the heat goes out, you are really sunk. If the plumbing fails, you start to make rules about how many times you can flush, and so on. I’m not telling you anything you don’t know: We’ve all been there. You become reliant on those people who know what they are doing. That’s where the word “relationships” becomes important.

Here’s one story. I get out of bed around 2 every morning. By 4 I am recording my first stint on the radio with David Guistina, the world’s greatest editor.

On this particular morning, I got downstairs and flipped on the kitchen lights. Unfortunately, they didn’t go on. I went down to the basement where the electrical breaker panels are and looked for one that had been corrupted (like so many politicians). I have learned over the years how to do that. But none were showing the telltale signs, so I walked over to the other big box, which has all the major switches in it.

That’s where I made a huge mistake. None of those big switches showed a distress signal, so I picked the “all power” switch and threw it. As you might suspect, everything in the house went off, including the heat on that slightly-above-freezing morning.

Of course, I tried to get the thing back on, but it wouldn’t go. I tried everything I could think of and finally called my wonderful plumber at Gennari Plumbing, who called me back and tried to find me an electrician. By now I was quite desperate, and we tried our new friends at Torrico Electric. They got here while our morning radio show, “The Roundtable,” was on the air. It was great.

I had already explained to our listeners what was going on, so they weren’t surprised when John Owens from Torrico showed up and, seeking entrance to the house, yelled that the electricians were here. Tens of thousands of people heard that. In the meantime, I was doing the show on my cell phone rather than on the tie-line device that makes me sound like I am in the studio. It does this through the Internet. The electrician’s voice caused a certain amount of hilarity among my fellow panel members, including the brilliant Malcolm Nance, Albany District Attorney David Soares, and world-famous and distinguished journalist Linda Ellerbee. In a few seconds, I was back on my device and all was normal.

The point here is that I am incredibly grateful to my friends at Torrico Electric and Gennari Plumbing and Heating.  I have no idea what the charge will be for the service, but I can tell you that when you are in that situation, you are very grateful to those who have saved you. People of advanced age can’t afford to be without plumbing or electricity. That’s why, when you have an opportunity to save a few bucks by going to an online service, it really isn’t worth it. The whole thing comes down to ongoing relationships.

We all know that it isn’t that easy to find these folks. Let’s face it: They work hard to develop customer trust. Many people in my town go online to ask or even beg neighbors for names that they can rely on. Let all of us remember how important these folks are.