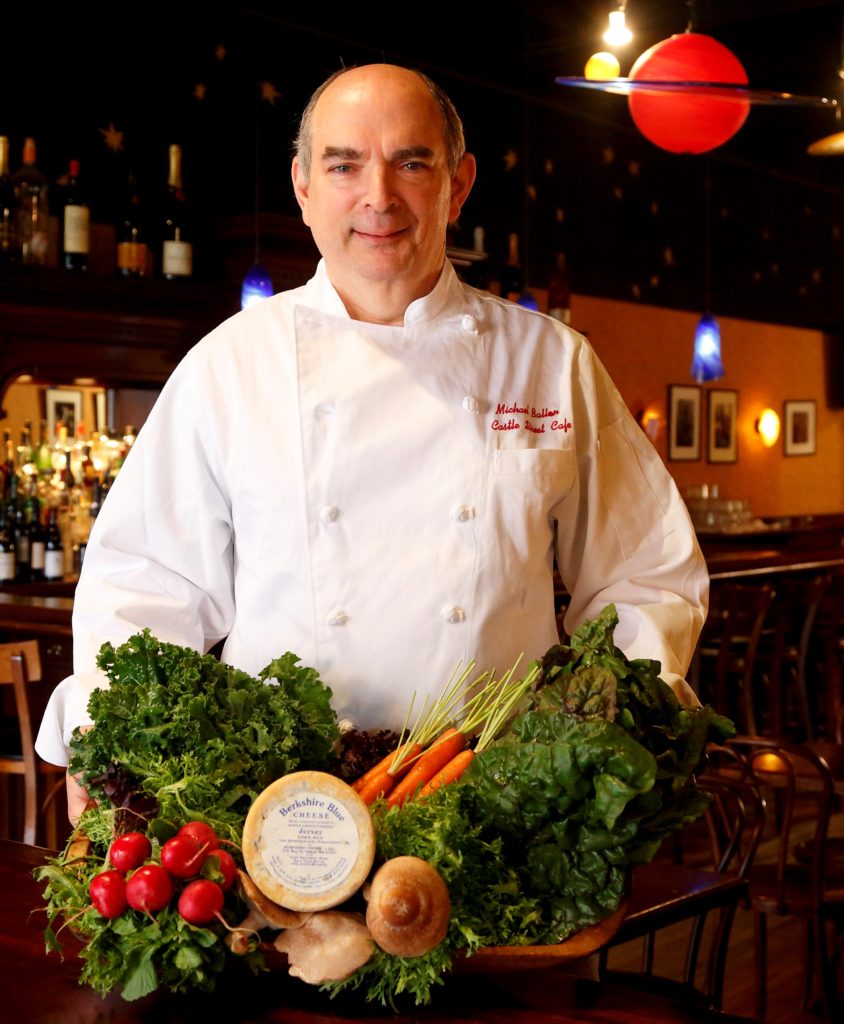 Michael Ballon was only 63 years old and now he’s gone. That’s way too young to go. I loved the Castle Street Cafe, which was, in my mother’s words, “my bunk.” We had our own little table to the right of the door. Michael served great food, reasonably priced, and provided a warm place for all of us to come — and come we did. At various times, both of my children worked at Castle Street. One night, Jonas called to tell us that an all-star team was there, so we zipped down to the restaurant and there sat the Berkshire royalty including, if I recall correctly, Yo-Yo Ma, Meryl Streep and a whole lot of others.

Anyway, Michael was a real friend. One night at his bar, an Alan critic was mouthing off about me and it didn’t seem to stop. The problem was that my son, Jonas, who has quite a sense of humor, was also there. Michael, who I know was a nice man, turned around to the guy and said, “By the way, you know Jonas (pause) CHARTOCK.” I like to think that the guy turned red — maybe not.

Another time, I was having a battle royale with a lady who wanted us to broadcast her syndicated show on WAMC. She enlisted a lot of folks to help her out and put pressure on me. Michael walked over to our table and introduced his COUSIN to me. That was her. Big smile on his face. Fun.

Very early on, we enlisted Michael to be the WAMC chef in residence. We would come down to the restaurant kitchen and follow him around with a tape recorder and he would tell us how to make this or that. I can tell you that he was extremely popular with our audience. We probably got more mail about his segments than anything else. Of course, that was pre-Trump.

Michael was quite popular with his customers and very accommodating. When I was going through a strict vegetarian phase, he figured out how to make a concoction in a wicker basket with just veggies. It was great. Michael loved the ladies and they him. Interestingly, most who loved him stood by him in his time of need. That was very telling about his character.

He’d come out in his white chef’s outfit and we would gossip about things. Make no mistake about it: he had definite opinions and sometimes we would disagree. He was quite opposed to the construction and financing of the Triplex theaters. We fought about that in our usual good-natured way. I could never quite figure out what that was all about but, hey, it didn’t interfere with our warm friendship. In fact, it might have helped. That was the kind of guy he was.

Sadly, the breaks didn’t go his way. He had a serious cancer in his mouth and he beat it. His friend Hillel stood by him and drove him to his doctors and the hospital. Finally, years later, it became too much. He developed ALS (Lou Gehrig’s disease) and had another serious bout with cancer. This time, he didn’t beat the odds.

Just a few weeks ago, Michael’s wonderful friend Hillel said that Michael had invited us to come visit him. He was in rough shape but was well cared for by his wife, Julia, and a kind caregiver. We got there and he put us at ease as if nothing was wrong. We talked and talked and went over all the stuff in our lives and all our interactions. I sat there and thought of all the food and good talk and radio interviews. When you lose a friend like Michael, you’ve really lost a lot. Some things can’t and won’t be replaced, and Castle Street and Michael are right up there.