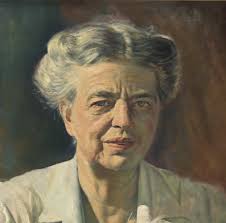 I don’t know how it happened: I never thought it would, but now I’m the grandfather of three. One 6-year-old grandson lives in New Orleans with his father and the other two, ages 6 and 3, live in central New Jersey, about three and a half hours from our home in Great Barrington.

Because of the coronavirus, our contact has been limited, so when we finally did get together, it was amazing to see how much they have developed. When the New Jersey contingent showed up recently, I was astounded. Everyone seemed nicer and taller. Not only that, they seemed well-versed in a lot of information. Now I will tell you that our grandson, Noah, is very handsome and our granddaughter, Hana, is the most beautiful granddaughter in the world.

But, of course, why should conventional beauty matter? Quite right! Somehow, we got stuck with this false premise that beauty is the most important quality a woman can possess. Even the news channels are to be faulted. The female anchors and reporters, with very few exceptions, are what is traditionally considered beautiful. They are often married to people of wealth. I suspect that this matter of false values has been going on since the age of the cave people.

It is probably time to get our values straight and reclassify what is important. This will not be easy. People tend to have false values like beauty or money at the top of their lists. That’s why so many shallow men have elected to marry beautiful women. Of course, no one is exempt since this very false value has become part of our DNA. It’s tough to get around.

One of the most brilliant women in recorded history was Eleanor Roosevelt. Her political genius is undisputed. She was a brilliant writer and the value she placed on civil rights in this country made her a natural leader. Her contribution to the legend of the Tuskegee Airmen has been chronicled again and again. She served as a roving ambassador for her husband, President Franklin Delano Roosevelt, and yet by most conventional standards, she was no raving beauty, particularly later in life. Again, because of false values, FDR had a more conventionally glamorous girlfriend.

We do not have to look any further than to the current resident of the White House to understand this. Perhaps his most notorious utterance had to do with projecting his false values onto women. Here is the leader of the free world, continuing to popularize what can only be seen as a harmful stereotype of women that can only hurt our daughters and their daughters. So many women spend so much time and money playing into this dangerous stereotype that their very personhood has been devalued.

I have long wondered why so many women voted for Trump. My colleagues have suggested that possibly the males in their families told them to vote for him. Perhaps they bought into the false narrative that women who are beautiful are to be kept by men and subjugated to men. Many of us have spent years fighting that awful idea, and as a man whose mother had at least three important jobs and who is married to a woman who had a career as a college professor and brilliant author, I can only tell you how damaging all of this is. In fact, it has led to second-class status for women in the area of pay inequity.

Let’s face it: The whole thing is hard to get around.