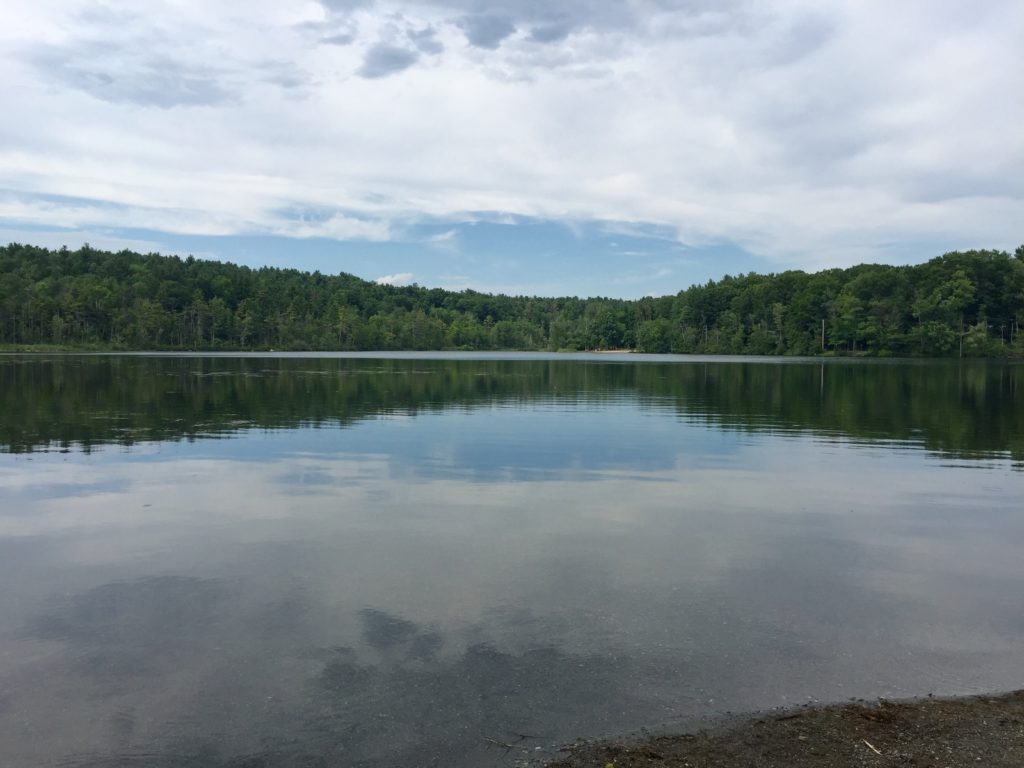 Lake Mansfield as seen from the boat launch.

Lake Mansfield in Great Barrington is a jewel of the Berkshires. People love the lake. Even during the pandemic, the lake has remained one of the few things in the Berkshires that we can still look to. It’s a small beach but people flock to it with their little children. Heroes in the town have done their best to keep the lake pristine. After some original sluggishness on the part of the sitting selectboard, the group has been doing the right thing. Thanks to the leadership of selectboard member Leigh Davis, a divided road has been constructed from the southern end of the lake. The cars have less space to race like demons and, miraculously, they have slowed down substantially. Since there are people young and old walking on that road, to say nothing of bicycles and tricycles, this is important.

Much of the original road has fallen into Lake Mansfield and something has to be done. There are so many things that our town leaders have to take responsibility for, from failed bridges on, but we simply can’t let them ignore our beautiful lake. Since Leigh Davis taught them a lesson about open government, they seem to have gotten the message. But the lake is so important that each of us must be responsible for reminding the town fathers and mothers about what we expect of them. Otherwise, their noblesse oblige of the past would reappear in a flash.

Sadly for all of us, someone like the incredible Christine Ward, the Lake Mansfield Alliance coordinator, who might have run for the selectboard, did not. So many of us wanted her to and she would have been elected faster than you can say “Shazam!” Unfortunately, people who are in office for long periods of time and who enjoy the power can become quite arrogant and immune to criticism. Then they can sell out to a few carping and complaining people who love things “the way they used to be.” It is positively Trumpian to go back in time and make things worse, like the “good old days.” I have lived through many of these people who thought that they owned the town. It turns out that if you can just wait them out, they run out of gas and eventually disappear. If we hadn’t been lucky enough to have elected Leigh Davis, who one selectman told me was “a pain in the ass,” I would suggest that none of our current progress on Lake Mansfield would have happened. Luckily, they held their collective fingers up in the air and decided that something had to be done.

Anybody who doesn’t understand how we love our lake proceeds at their own risk. There are a few antediluvians in the town who are unaware that the road is falling into the lake and despoiling it. Incredibly, there are petitions asking for the road to become two-way again, which will only speed up the cars and the spoilage and the danger. If anything, Leigh Davis’ original following of the Lake Mansfield Improvement Task Force suggestion that the road be closed from the southern end to the beach makes the most sense until the town figures out how to stop the degradation.

Of course, there are some heroes here. I have already mentioned Christine Ward. She is joined by Chris Rembold, the assistant town manager; Devan Arnold of the Knob Hill restoration project; our own Dale Abrams, who keeps a sharp eye on the lake through all seasons; and Senta Reis, who has brought amazing yoga classes to the lake.

You can also be listed as a champion of the lake if you write a check to the Great Barrington Land Conservancy and mention that your contribution is in support of Lake Mansfield. And remember to keep a sharp eye on the folks in town government to make sure that they are listening to us.