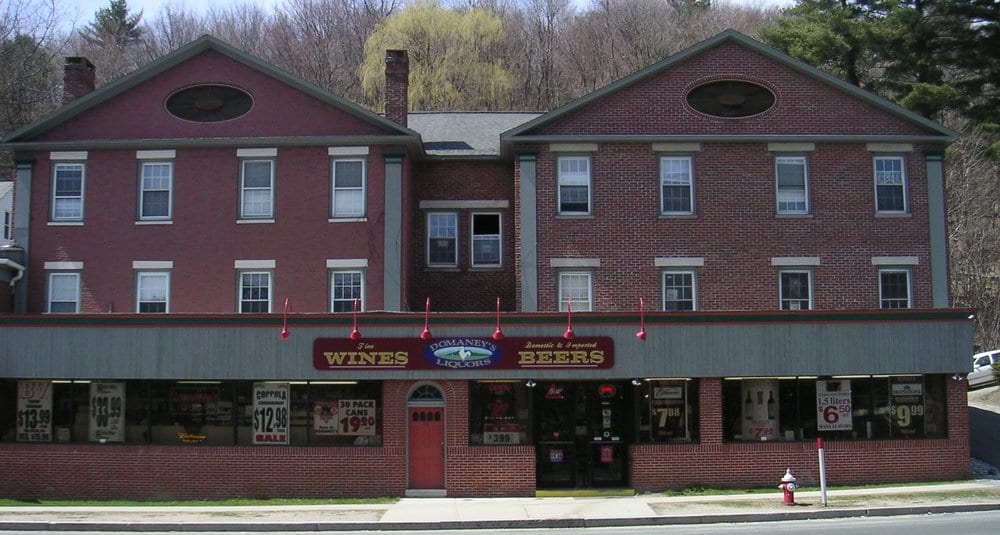 We had a wonderful guest a short while ago who likes Scotch whisky, so we offered him some Johnnie Walker Red Label Scotch. The guy was very pleasant, but he let us know in a nice way that Red Label Scotch didn’t cut it compared with the more special Black Label and the even higher priced Blue Label.

Now, this bottle of Red Label had been on our shelf since we moved from Alford in 1985. I should tell you that it, and some other liquors, were in residence a long time before that. You see, we don’t drink: We don’t like the stuff. In the old days growing up on Fire Island, my parents and their friends had cocktail parties where people socially drank. We eschew the stuff for several reasons, including its caloric content and the fact that we really hate the taste. The only whiskey I ever had was when, as a young teenager, I had a terrible chest cold and my dad gave me a small shot of the stuff. As I recall, it really helped. Spare me the critical letters. I loved my dad and I did not become a drinker.

Anyway, I was hurt by the fact that our recent guest was less than pleased with our liquor-related hospitality, so I went to Domaney’s package store on the north end of town. I love the guy. I asked him about the various levels of Johnnie Walker. Ed knows more about this stuff than anyone and we went all through why Blue Label was the most expensive choice. I think he was surprised when I told him that I wanted to buy a bottle. It was very pricey (he beats the competition) and I have to tell you that he wasn’t the only one who was surprised. The lovely Roselle let me know, as only she can, that we couldn’t afford a second mortgage. She doesn’t know that when I can, I am going to buy a bottle of Pappy Van Winkle, one of the best bourbons in the world.

Once, years ago when I did a fund drive on WAMC with my partner in crime, Ray Graf, I followed up with a bottle of the stuff. Now it is almost impossible to get and if I am reading the online price correctly, it can cost a LOT of money. But I am determined that, when a real Scotch or bourbon drinker comes to the Chartocks, I will blow them away with the good stuff. While I don’t want a divorce after 49 years, there is the matter of manly pride to be considered.

On another matter, I am going to give a Chartock merit award to Great Barrington’s Steve Picheny. I have known for years that he was working on getting the Peter Pan Bus Line to create an express bus from New York City to Great Barrington and points north. The bus will take around the same time as driving, and you won’t have to park your car in the city at great personal expense. This is great news for all of us. You take the bus (you buy your ticket online) and you don’t have to go through Connecticut like in the old days. Of course, the bus won’t stop at the Red Rooster on Route 22, but hey, you can’t have everything.

There will be those folks who are pushing for train service through either Albany or Connecticut. I’m sure that may happen in time for my grandchildren or their children. A great deal of our tax money is being used to plan for that really bad idea that will take hours and be very expensive. But hey, those folks should knock themselves out. As for me, I can’t wait for this bus to become a reality.

Good for Steve Picheny and the folks at Peter Pan.