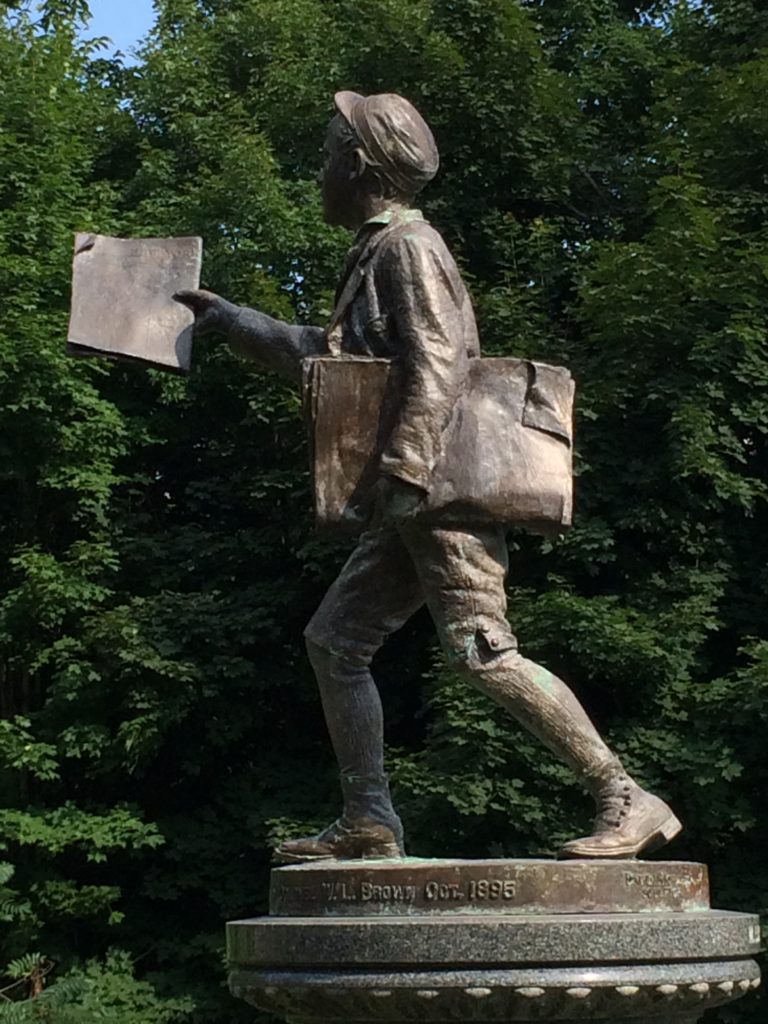 The news that the Berkshire Record had suspended print publication came as little surprise to me. That announcement followed an earlier one by the excellent Columbia Paper from across the state line. Those listening to the Media Project on WAMC know that newspapers around the country are in terrible trouble. Several years ago, my colleague on the Media Project and longtime editor of the Times Union out of Albany, Rex Smith, predicted that it wouldn’t be long before there were very few print newspapers left in the country. I know. Years ago, I decided to take the Legislative Gazette newspaper, where I serve as the unpaid publisher, online.

This paper, the Berkshire Edge, was ahead of the curve and astutely saw it coming. The Berkshire Eagle’s front page invites readers who want more to head to their website. Sounds like a transition to me. The Eagle has a huge building and a printing press to support. They printed the Record there and the news couldn’t be worse for them. It costs a lot of money to physically print a newspaper.

The problem for newspapers is that the advertising that had always supported their efforts has been drying up since long before the coronavirus. Now, as small businesses face unprecedented challenges, there is even less money from advertisers. It seems logical that those advertisers would start to spend their money on electronic newspapers. To some degree that is true, but as those of us in the business know, it really isn’t that simple. Advertisers just won’t pay the same amount of money to place their ads in online newspapers. Perhaps it’s just the physical presence of an ad, something they can send to their relatives that has a certain kind of permanence that a fleeting electronic ad doesn’t. While WAMC does not take advertising, we do have underwriting. There is something about newspapers that just isn’t the same.

In my house growing up, we read at least five newspapers every day. They were cheap. We started with the Herald Tribune and the New York Times at our door every morning. My father brought home the very liberal New York Post in the evenings and my mother always bought the World Telegram and Sun because they had a teacher’s page. At night, my parents would give me a few cents and I would run down and get the Daily News and the (often reprehensible) Daily Mirror.

The point is that the demise of print newspapers is not only due to the virus. COVID-19 may have hastened things, but it was coming. New modalities are being invented. The otherwise-free Edge is asking for financial contributions and there is some talk of creating new not-for-profit newspapers in the public radio model.

If they are to stay alive, newspapers will have to meet the needs of the people who read them. Gone may be the days that a mean-spirited publisher can order up “hit jobs” on people they don’t like or are jealous of.

The demise of the Record is no surprise. As I have said, this is not the first or last paper to bite the dust. The cost of the newsprint paper is astronomical. Clearly, if papers are to survive, they will need to balance their offerings so people’s needs will be met. As the folks on the Media Project have pointed out so often, the kinds of things that newspapers once covered in detail are a thing of the past. Now people like Great Barrington’s Eileen Mooney cover many of those events and charge very little for that. The Chartocks just paid the Eagle $350 plus a delivery tip. That’s a lot of money. The Edge is free and doesn’t give you a lot of extras that you just don’t want.

The handwriting is on the wall and it isn’t pretty.