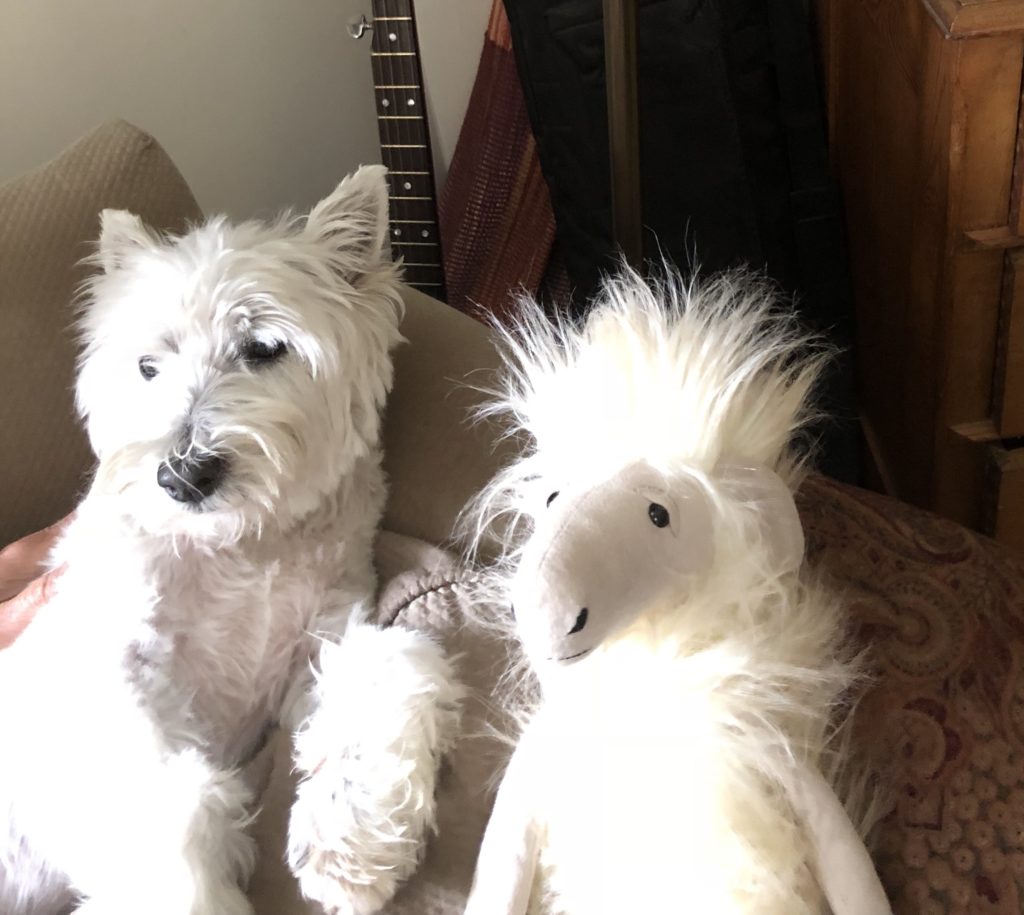 Murray, the world’s cutest dog, who was taught to read, write and speak English at the Literacy Network of South Berkshire, looked up at me with his pink tongue hanging out of the corner of his mouth. “Pops,” said the little Westy, “with all the attention on coronavirus, we haven’t been able to cover the more local news stories. Let me bring a few to your attention.

“First, there is the Lake Mansfield issue. I am sure you remember that the selectboard voted to close down the road on the side of the lake in order to stop the degradation of the road. Evidently, the lake itself was eating the road and showing signs of lake indigestion. Then they reversed themselves (except for Leigh Davis and Bill Cooke) and declared that the road would be one-way. You know, Pops, it seems to me that the experiment is working quite well. Do you remember how the crazy people would drive their cars at breakneck speed on the road where so many parents walked with their kids? No matter how much we would signal them to slow down, too many of them would sneer and rev their engines. It’s a 20-miles-per-hour speed limit and we saw people going 45 and 50. That ain’t right!

“Now, Pops, it’s a whole new experience. I see so many people on that road who are experiencing nature during a time of great stress. Fishermen are out on the side of the road. Of course, I’ve never seen anyone with a fish, but, hey, it’s just the kind of anxiety reducer we need more of. Things are working out, but there will always be unhappy people who moan and groan about progress. They say that in case of an emergency, it will take a few extra minutes to get to the hospital. There are so many alternative routes that their complaints are hardly worth paying attention to. Maybe they think that in a time of coronavirus, their lamentations will have more credibility. This experiment is working incredibly well and we’ve got to stick to the plan. Right, Pops?”

“Then,” said the little dog, “there is the matter of canine irresponsibility. There is some jerk with an obviously big dog who has been making deposits on our neighbor’s lawn. We can tell from circumference that this is a big dog. I know that you pick up my poop, and lately, you have been picking up after the other dog, too. One of the reasons why we have leash laws is so that dog people will be forced to pick up and not be looking the other way. We ALL know who the off-leash people are and mostly they’re nice sorts, but this is very passive-aggressive behavior. Right, Pops?”

“And what about the issue of masks? You know, Pops, a lot of people don’t like wearing them. It really is antisocial, but the way I see it, we just have to do it. Of course, not everyone has a mask, but more and more, we are seeing our neighbors making them for those who don’t have them as well as for the health care workers who really do come first. There are some places where you want to be sure to wear a mask. Our drug stores, where people in medical need come, are places that ought to insist that everyone has a mask on. You know, Pops, I feel so sorry for those folks who think that the mask makes them look bad. Talk about vanity! I saw Donald Trump on television saying that he wouldn’t wear one. Can you believe that guy? He calls himself a leader but we all know that he is a vain shameful coward.”

“Well, Murray,” said I, “you are really are quite some dog.”