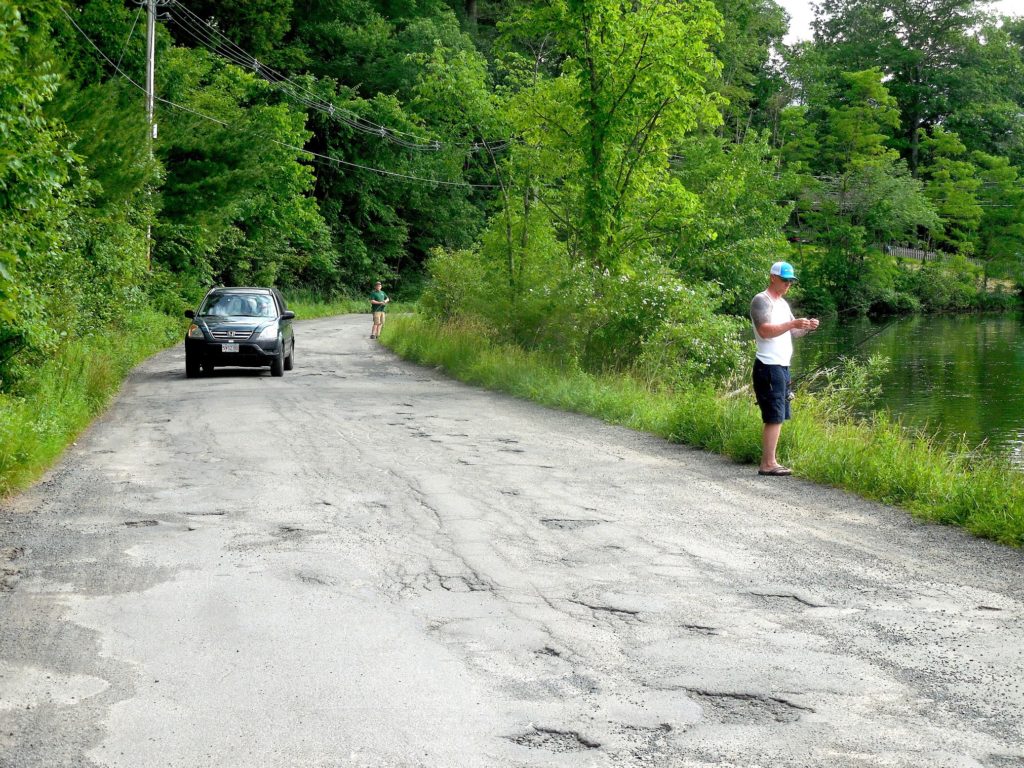 A couple of years ago, I had a call from the Smithsonian Magazine. They were doing a piece on our little town of Great Barrington, which they named “the best small town in America.” I suggested to them that I was not the right person to interview and mentioned the various town officials, but the reporter insisted and I gave them the reasons that our town was so impressive. My exact quote was: “Great Barrington is a small, manageable, economically and ethnically mixed town. That’s what I love about it.”

The article played up our most spectacular resources, ranging from the Mahaiwe Performing Arts Center to the Guthrie Center (Alice’s church). While I am as proud of Great Barrington today as I have ever been, there are a few things that do need some work, so I have a little list.

There is, for example, the Lake Mansfield Road. If an award is given out for the worst, most corrupted road in the Berkshires, the Lake Mansfield Road would certainly win. Theoretically, the road will be closed down and that’s a good thing. The fact that the road is so awful discourages some people, but certainly not all, from using it. If you make it better, the speed demons who drop their litter as they roar around will just misbehave more. That will put the joggers and walkers at even greater risk.

Next are the closed bridges in the town. They are closed because we clearly did not keep them up. We need to do better because we really can’t afford to make our traffic patterns even worse. We pay heavy taxes and that is exactly what that money is for. Fix the bridges.

Then there is the matter of pot. Yes, Great Barrington is becoming the New England COP (Capital of Pot). So far, this hasn’t really hurt the town, although with the possibility of acres of pot fields smelling up the region, things could get out of hand. Add to that the possibility of horse racing messing up our southern end and we could have real trouble right here in River City.

Over in the little hamlet of Housatonic, there is a beautiful and presently unused school building. Surely the selectboard can figure out a productive use for that wonderful old building. Talk of tearing it down is nothing less than disgraceful. We have a lot of very bright folks in Great Barrington; surely we can figure out something productive to do with the building.

And while we are on the subject, the old Searles School was supposed to be transformed into a splendid hotel. So far, nothing is happening. That’s a shame. All of Bridge Street is becoming very un-Great Barrington-like. The condominiums are an eyesore and while the Co-op is well put together, the building is frightful.

Then how about the stupid protrusions that rise out of the sidewalk in downtown Great Barrington? What COULD the designers of those monstrosities been thinking? I have seen people tripping on them and when they are covered with snow, it gets even worse. I say rip them right out of there. I’ve suggested this before. Why doesn’t anyone listen to me?

There are fewer and fewer kids attending our high schools. I’ve been yelling about combining the two districts for years and yet it hasn’t been done. It is a wonderful thing that the selectpersons in our various towns have overruled their school committees and basically ordered them to make this happen.

Finally, the traffic on Hollenbeck Avenue has NOT slowed down. I see lots of kids on bicycles and frankly, it scares the hell out of me. It’s supposed to be 25 mph but cars are whizzing by at amazing speeds. Police, please take notice.

So, there’s a small to-do list of Great Barrington priorities. Let’s get on it, folks.