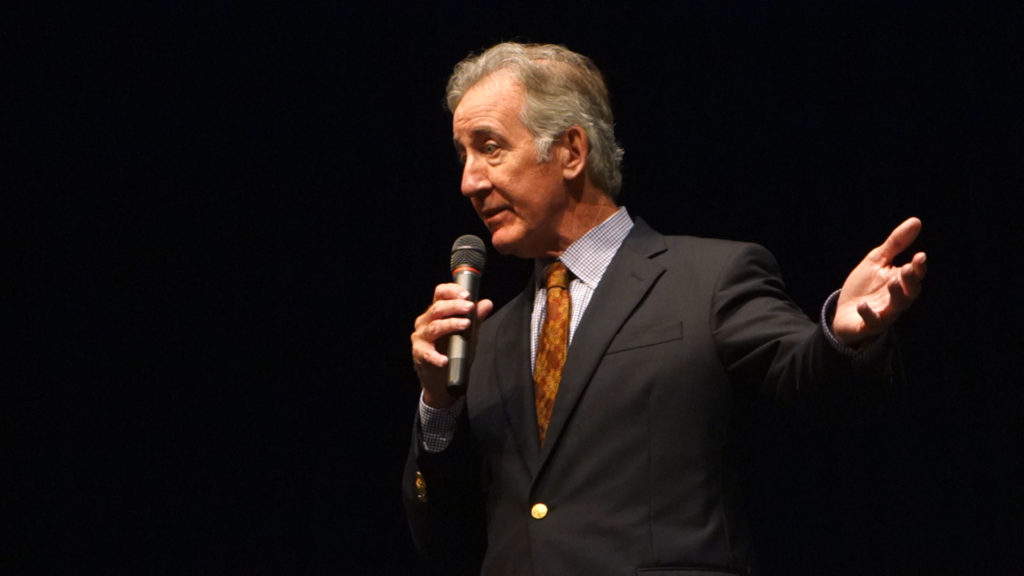 I had a long talk with Richie Neal on the radio the other day. He is one of the most powerful and important politicians in the country. It is no wonder that when House Speaker Nancy Pelosi gathers her top lieutenants together at press conferences, she always seems to include Richie Neal. I have known a lot of politicians in my life, but I particularly look forward to the opportunity for a conversation with Richie. Why? Because he is a natural teacher and a great thinker. If you look at many things that have happened in the United States, there is a very good chance that Richie Neal is the guy who made it all happen from his seat as the chairman of the Ways and Means Committee.

If you talk to him for any length of time, you’ll find out that Richie is a genuinely good person. I know that he listens to WAMC and I so appreciate that from a man who knows so much more than I ever will. Since he is my congressman in the 1st District of Massachusetts, I feel ownership. Before the Democrats took the House of Representatives, I regularly interviewed Richie for WAMC’s “Congressional Corner.” When he was elevated to the chair of the powerful Ways and Means Committee, he was one of the most sought after interviewees in the country. He told me that he’d keep talking to us, and he kept his word. Others have not. He is a natural teacher and all along, he has been teaching a university class. Some lucky students will take the knowledge that he has imparted all the way through their lives.

I consider Richie Neal to be my go-to guy when it comes to the situation in Ireland. It is no secret that whenever I interview him, I get insights into how things are going there. If you do a careful analysis of the players involved in seeking an end to “the Troubles,” Richie Neal played a huge part. He never claimed credit for himself, but like a great chess master, he moved the pieces and players around until accomplishing what had been thought of as an impossible task.

Naturally Richie Neal has drawn an ambitious primary opponent. Unlike so many others who have fallen because they don’t take their opponents seriously, Richie Neal is working very hard to remind constituents what he has accomplished. He is everywhere, just as he has always been. As long as Richie is our congressman, we are certainly in the catbird seat. The thought of losing him in a primary is both improbable and terrifying. Why in the world would the people of our district, who depend on our congressman to bring home the bacon, think for a Massachusetts second of replacing him?

Neal has proven himself a liberal’s liberal, receiving top status by Americans for Democratic Action, while the American Conservative Union gave him a raspberry of a rating. He has been instrumental in improving NAFTA and replacing it with a much more sensible and pro-labor pact. If that weren’t enough to satisfy his largely liberal constituency, Neal voted against President Bush’s Iraq War. He has sponsored legislation to keep companies from moving offshore and leaving middle-class people to take up the slack.

Richie Neal is a very special man who deserves our support. If people educate themselves about his accomplishments, there will be no question about the results of this election. I have been delighted to see him all around the Berkshires and I have heard from many people about his accessibility when they need help. I mean, how lucky can you be? I remember when the late Silvio Conte, an unusually sensible Republican, was our congressman. Now the country is under the threat of increasing Trumpian totalitarianism and we need a champion in the House. Richie is that man.