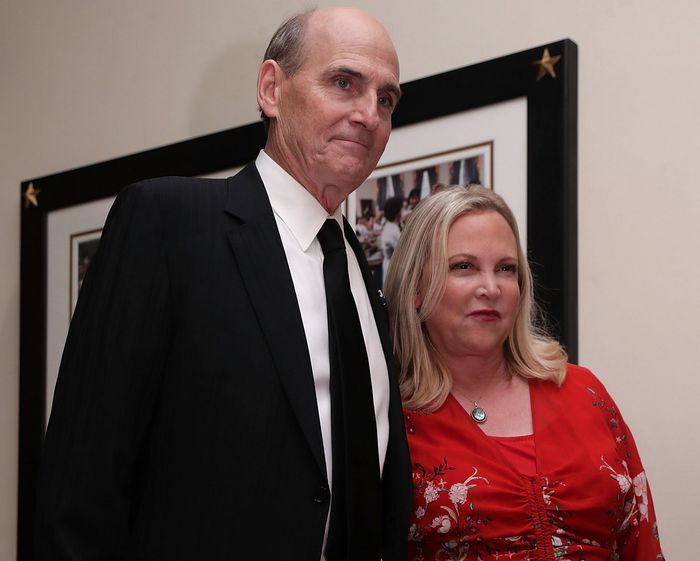 I love James and Kim Taylor. I mean, I really love them. Just as New York has the Statue of Liberty, we in the Berkshires have our own JT. When I tell people that I have met and know him, they are astonished. The Berkshires are rich because of what we have but also because we are blessed to have this wonderful pair of human beings, who, in the age of Trump, are exemplars of the values that decent people aspire to.

I write this column because the Taylors have suffered a family crisis, just like so many of us. Kim’s brother, whom she grew up adoring, hit the roughest of patches in life. Instead of running from the situation as I have seen a lot of other people do in similar situations, Kim and James did everything they could to help mitigate the situation, culminating in their paying back $1.7 million dollars of the over $2 million dollars the brother admits to having stolen. Once again, they showed their humanity, not wishing to see any of the victims suffer. They stood by their relative and helped him, and each of us should admire their guts and fortitude.

Let’s remember who these folks are. They are generous to a fault. They have always supported WAMC and have extended kindness to me personally. When Barack Obama ran for president, they were there for him. They campaigned around the country to get him elected — same thing with Deval Patrick. When James and Kim give millions of dollars to Tanglewood and the Boston Symphony Orchestra where Kim serves as a trustee, it is just one more part of the extraordinary generosity that they demonstrate.

The prosecuting attorney in the case seems to have gotten it wrong. Incredibly, he didn’t give the Taylors the credit they deserve. He opined that if the Taylors had not covered the fiscal loss in the case, they would have given that money to charity. Respectfully, how does he know that? After all, it is their money and I know them well enough to guarantee that their generosity will not halt.

Theirs was a true love story. I’ll never forget watching a national TV news program in which James described Kim as having saved him. But where are the news stories about these two and what they have given?

It seems to me that life should be a bank. People who keep putting good works in the bank over and over again should get something back. It is all too titillating for newspapers to insult the famous. I am not suggesting for a moment that the media should lay off if any of us did something we shouldn’t have done. But instead of complimenting the Taylors for loving and standing by their relative, they got “mentioned” in the press. That isn’t right.

It is astounding how many people wrote letters to the judge, probably because the guy was James Taylor’s brother-in-law. Unlike the newspapers, these letter writers probably saw that it was time to pay back JT and Kim for all they have done for all of us. As Mario Cuomo used to say to me, that is appropriate. The relative got a really harsh jail sentence. Some of that was because the print media was putting the pressure on. The newspapers, which are owned by some of the wealthiest folks in America, tried to make out as if this was a class war with the rich supporting the rich and well-heeled.

What I worry about is that one of our greatest assets in the Berkshires will decide that it’s time to go. I end as I started. I love James and Kim for all they have done for all of us. If I had my way, I’d put up a statue for these remarkable people.