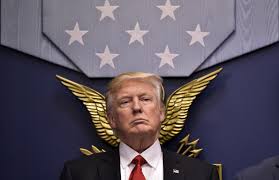 Several weeks ago, I suggested on the radio that Donald Trump, who I believe has no bottom, might be planning a coup to subvert our American democracy. I didn’t say that there would be a coup; rather, I suggested that there might be.

Now I believe that my words have proven prophetic. Donald Trump indeed tried to foment a coup. We know that he wants the election overturned. There is a big debate as to whether Trump is so delusional that he really believes he won or whether he knows that he lost and is doing his usual Trump nonsense, trying to manipulate the facts, which he knows to be wrong.

To help him do this, he recruited “America’s Mayor,” Rudy Giuliani, the hero of 9/11, and a couple of other attorneys who did little more than make complete fools of themselves. To those who have called Giuliani a clown, I would remind you that clowns can be pretty scary. One never knows what is behind the grease paint and phony smiles.

Finally, having tried lies and deception and losing all kinds of frivolous legal cases, he tried doing what all would-be dictators do: using force. He tried to get Republican officeholders to declare him the winner of an election that he definitively lost. Those Republican governors and legislators who were complicit in the attempted coup are making the kind of mistake that will result in expulsion at the Pearly Gates. They will certainly be remembered with scorn when the history books are written.

This country can be proud of the fact that we have been adhering to a peaceful transference of power since the beginning of the Republic. Now, for the very first time, we have a president who tried to invalidate the election through a coup.

He is clearly doing his best to avoid the reality that he lost and is trying to stay in office through chicanery and possibly even force. Gen. Mark A. Milley, the chairman of the Joint Chiefs of Staff, has made it clear that unlike other democracies that have gone south, he would not participate in the political process. We were treated to a look in when Trump dispersed a crowd of peaceful protestors in Lafayette Park with tear gas and rubber bullets. At that point, Milley was with Trump in that bizarre walk across the park for a photo opportunity in front of a church. Milley later apologized for his apparent role. The heavily armed paramilitary people dispersing the crowd were not from the Armed Forces, but a group assembled from other government agencies.

While Trump may or may not have access to the Armed Forces — having fired Secretary of Defense Mark Esper — he has lots of thuggish friends who are “standing back and standing by,” awaiting his signal. One has only to study the way in which Hitler rose to power to understand what a playbook for a Trump coup might look like.

In the meantime, Trump invited Republican state legislators to the White House and asked them to convert their states’ electors away from Joe Biden and to him. He certainly has some friends on the United States Supreme Court whom he could rely on to keep him in office. We all know, because he said so, that he appointed Amy Coney Barrett to help him in case he had electoral difficulties. My sense is that Chief Justice John G. Roberts will not be complicit in using the Court for nefarious reasons. Each of those justices has put their hands on the Bible and sworn allegiance to the Constitution, but with the likes of Clarence Thomas and Samuel Alito, one can only wonder what might happen in an end game, which is sure to happen if Trump gets his way.

It probably won’t happen. Will Trump go on trying? You bet.