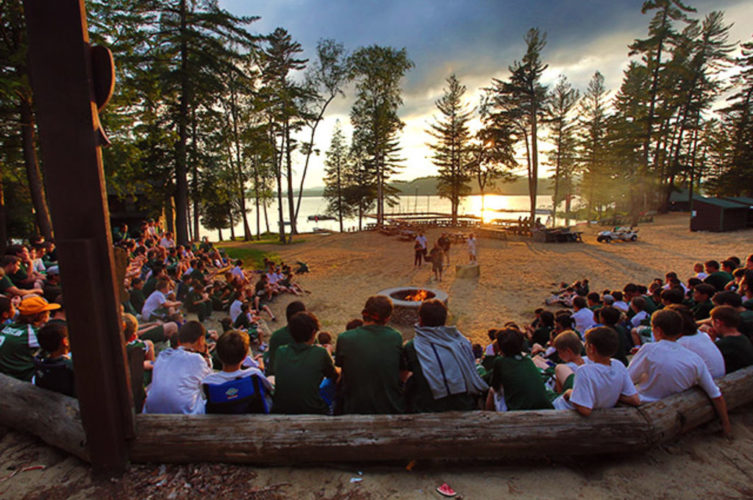 It’s August, and to understand what is going on here, you should know that in New York City and the surrounding areas, summer camp is as important to some kids and their parents as college is later on. In much of the country, the concept of summer camps isn’t that well-known, but in New York, it’s big stuff. They are part of our culture.

Since I went to Hunter (then in the Bronx), Bronx House Emanuel Camps was the place where I was socialized and met a lot of lifelong friends. Working there, first as a bunk counselor and then as a head counselor, was my first big responsibility and a crucial part of my maturation process. The director of that camp, Aaron Mitrani, was the wisest man I ever knew, bar none. I grew up in Manhattan and Fire Island but when it was time to move on to something different, camp provided that opportunity.

In any case, all hell recently broke loose in New York City in some Orthodox Jewish communities where summer camp had been sacrosanct for years. Kids and their parents were out in the streets, protesting the ban on camps because of COVID19. I get it: It’s yet another one of the many institutions that have been profoundly and unhappily affected by the pandemic. It almost always comes down to protecting human lives versus giving people what they may want. College students want colleges to reopen. Ditto all those who want to see their kids back in elementary and high school.

More and more unhappy people are coming out to complain. Gov. Cuomo has proudly announced how well New York is doing. He asserts that the reason that New York’s infection rate is so low is because his rules, based on the data and science, have been followed. Cuomo knows full well that in so many cases, people are angry that they can’t do what they want to do. Some in the Brooklyn summer-camping movement are even angry enough to break the rules. Cuomo knows that if he does what is right and saves lives, he will be remembered. Recent polling has shown that to many, he leads the list of potential future presidential candidates. That has happened because he has shown substantial guts in making the kind of hard decisions that have saved lives. Putting limits on summer camps is just one of those tough calls.

The wearing of masks and social distancing are becoming a part of our culture. It is hard to believe that physical contact sports of the kind that are played at summer camps can be curtailed. And I don’t need to tell you that among the counselors and indeed, among some of the staff, romantic liaisons have been known to happen. When I referred earlier to “maturation,” that was simply a euphemism for early sexual experiences. Talk about opportunities for transmission of the cursed virus!

The pressure is on the governor and other leaders to open everything up. Young people want to go to bars and parties and concerts. Where I live in the Berkshires, the loss of the Boston Symphony’s summer home, Tanglewood, has been a shock to all of us. Local businesses and restaurants relied on the influx of summer visitors and many, sadly, are facing extinction. And yet, as in the case of the Brooklyn-based summer camps, there will always be people who don’t give a damn about public safety. Gov. Phil Murphy of New Jersey correctly calls them “knuckleheads.” We have seen that time and again, and as long as that sort of stupidity goes on, we will face terrible consequences. On the one hand, people who don’t go to summer camps might not have the experiences that so many of us have had. On the other hand, you can’t break the rules, no matter how much you want something.