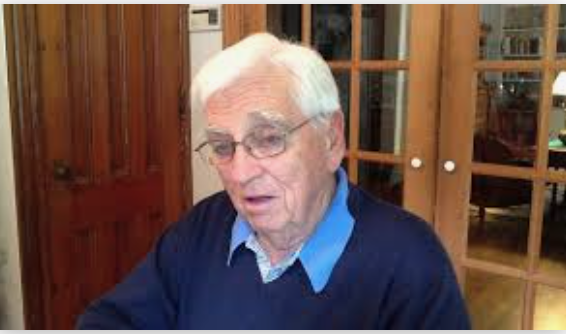 Everyone needs a hero and my hero is a man named Carmi Rapport. I love the guy. He is a valued member of the board of trustees of Northeast Public Radio, the public radio network that I head. If there is ever a problem, Carmi is the guy you want in your corner. He is reasonable to a fault. He never goes off half-cocked and because he’s a lawyer’s lawyer, he has the ability to keep his clients (I am not one) out of the kind of trouble that people can sometimes find themselves in. Every small town in America — like Hudson, New York, and the surrounding Columbia County — has THE lawyer. Oh, there are others but anyone reading this knows exactly what I mean. For well over 50 years, Carmi was the go-to guy if you really needed help.

Here’s just one story that makes me wet around the eyes when I tell it (which is why I try not to tell it on the radio). I had another hero, a man named Aaron Mitrani. Aaron was a social worker who, for years, headed the Bronx House Emanuel Camps in Copake, New York. When Aaron was dying, he called me and asked for a favor. Since I would have done anything for him, I set my mind to helping him. It seemed that, as a social worker, he didn’t have a lot of money, but he had a house in Ancram in Columbia County. The will Aaron wrote with his first wife left the house to the offspring in the family. Aaron had remarried and upon his death, his wife would have been left with virtually no resources. So Aaron asked me to figure out how his second wife could get the house. Of course, not being a lawyer or even that smart, I called the one guy who you go to: Carmi Rapport.

When I told Carmi what I needed, he said, “Of course,” and asked for Aaron’s address. When I told him, with some trepidation, that Aaron had very little money, Carmi said something like, “Shut up.” That’s why I cry.

The next thing I know, Carmi went to Aaron’s and straightened the whole thing out. That’s Carmi and that’s why, despite a whole crowd of hungry for-profit lawyers coming to Hudson, Carmi remained the best and most trusted attorney around. That’s also why he headed the boards of Berkshire Taconic Community Foundation, the hospital in Hudson, and countless other not-for-pay endeavors where he distinguished himself.

At some point, Carmi decided that he wanted to leave the law firm that had his name on the door. I have no idea what prompted him to do it, but knowing Carmi, I am sure he had good reasons for leaving and asking that his name be taken off the door. Of course, I could guess that philosophical reasons got him to go. You know that the world is not filled with Carmi Rapports. He is now in his upper 80s. His grown children adore him and he is very proud of them and their accomplishments.

So Carmi’s name is no longer on the door of the firm that he was responsible for starting. The reason this column is important is not only to honor a great man and his contributions but also because I am sure that everyone reading this will know someone who has made an indelible impression on their community and their lives. Integrity is the key. When it is time to move on, they will know it. My sense is that a higher power has an eye on Carmi and his wonderful wife, Lynn, and that every once in a while, a really good soul comes along and leaves us a lot richer. Right?