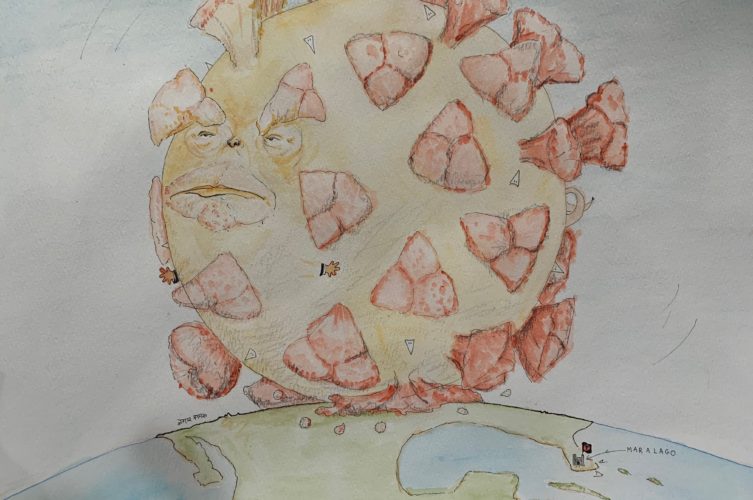 “Paranoia,” said the Kinks, “will destroy ya.”

There are a lot of ways the novel coronavirus is destroying the United States and the world. We are now in the worst place this country may have ever been. Nevertheless, it is the psychological that this column will address. We know that when you put two people in a single room and say, “Stay there,” the people will get on each other’s nerves. It is not surprising, therefore, that the police have been getting an unprecedented number of domestic abuse calls. Additionally, the virus itself is so ill-defined and little understood that we have turned this country into a nation of hypochondriacs. Frankly, I’ve always been concerned about my health as well as about our politics. The problem is exacerbated when the two of them coincide and everybody is getting up in the middle the night and worrying about their perceived symptoms, ranging from a sniffle to a cough to a vague muscle pain. That’s when we start to absolutely believe that we have caught the dread disease. There’s a reason for that.

Just look at the major symptoms and then think of the liar who is in the White House. That guy tells so many lies and acts in such a counterproductive and moronic way that the American people have largely lost faith in our political system. I mean, if this demonic presence can be the head guy in this country and can’t be held to account for anything, putting himself above the law, you had better believe that his presence in the top job compounds our worst fears.

So what do we have: a pandemic that might have been unthinkable years ago and a president who has shown us that truth is stranger — and far more scary — than fiction. His outrageous behavior defies belief.

Let’s just take a look at a few of the myriad symptoms of COVID-19 to establish why we all feel so vulnerable. Topping the list of symptoms is having a fever. Ninety-nine percent of those who test positive for the virus run a fever. Maybe that’s why there are no thermometers for sale at my local drug store. You really don’t want to know how many times a day I take my temperature. I also ordered an oximeter, which I put on my finger to see how much oxygen I have in my blood. My doctor recommended that one. I take my blood pressure at least once a day.

Number two on the symptom list, coming in at 70 percent of patients with the disease, is fatigue. Who doesn’t feel tired? Checking in at 59 percent is a dry cough, followed by 40 percent who complain of loss of appetite. Then there is the universal complaint that most of us feel: body aches. That’s the one that gets me. Shortness of breath comes in at 31 percent on the complaint chart and finally, mucous or phlegm at 27 percent. All of the above are courtesy of Dr. Internet (WebMD).

We really have two phenomena that are hopeless. We have a president who a clear majority of the country despises and/or doesn’t trust. Even the ones who support the guy are overwhelmingly polled as not believing him when it comes to coronavirus. And most of us believe that we have at least one symptom of the disease. How could we not find ourselves in a paranoid state?

At least as far as the president goes, we theoretically have the ability to vote him out of office, assuming that he and his fellow Republicans don’t disenfranchise voters. We know that they’ll try that, since they have already begun the process. That’s why Trump has this thing about voters of color. I have a lot of friends who think the guy will win again. I don’t agree. With the economy where it is, he’s a goner. Big time!