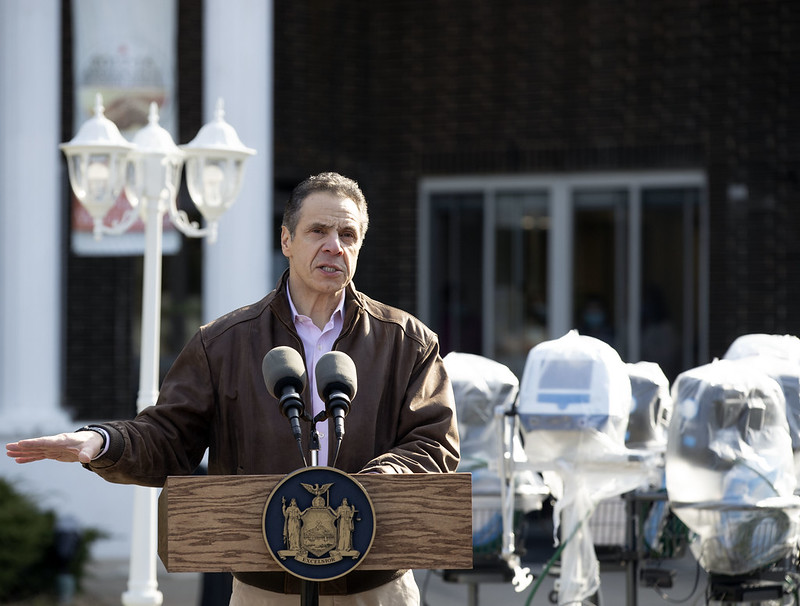 I’m a pretty lucky guy. I got to know two of my heroes pretty well. One was Pete Seeger and the other was Mario Cuomo, with whom I had a radio show for many years. For a kid from the West Side, that’s pretty good. It now gets better. After a long period of Mario’s son, Andrew, apparently being mad at me, he and I have been spending a lot of quality radio time together.

While I reserve the right to be critical of Andrew, I must say that I am now very proud of the guy. Finally, we see a hero who can stand up to one of the most obnoxious, megalomaniacal, cruel men in the world. It takes a great deal of courage to do that. We are not only talking personal courage here; we are talking political courage to take on a man who loves to punish his enemies and the states they were elected to lead.

Don’t get me wrong: I really like and respect New York Sen. Chuck Schumer. He is one of the most important politicians in the country. However, he just doesn’t use his platform to let Trump know where to get off. Contrast that with Andrew, who knows that he has to get along to produce for the state but also knows that the future of this country is at stake. When Trump is finally out of here, Cuomo will be remembered as the guy who did what he had to do.

In a recent radio conversation, I asked Andrew about the president tweeting in the middle of Cuomo’s daily press conference, which Trump was clearly watching. Incredibly, the big bully told Cuomo to stop talking and get back to work. Andrew has a temper, but he held it in check, suggesting that perhaps the president was spending too much time watching television. I don’t know about anyone else who was watching at that moment, but my heart was full. Finally, I thought, we have someone who is up to sticking it to a would-be dictator who seems to be emulating his best buddies around the world. The last time I saw anything like it was when Obama gave it to Trump during that now-famous Legislative Correspondents’ dinner and that was too early in the game to know what an absolute terror Trump would turn out to be.

When I spoke with Andrew about it, he told me that the president’s attitude on opening up the economy was “just reckless.”

It reminded me of Joseph Welch during the Army-McCarthy hearings. He was really telling off Trump. “You’re not going to bully during this sensitive time in this nation.” He was on a roll and he really laid into Trump. “You’re not going to stoke fear. You can’t yell fire in a crowded theater, right?” And then more courage: “You’re talking about public health and you’re talking about people’s lives.”

He didn’t stop there. He pointed out the Trump political hypocrisy. He reached the pinnacle of his truth-telling when he said that Trump had said: “‘The governors are in charge. The states are in charge.’ Okay, then let the governors make the informed decisions without trying to apply political pressure.”

It wasn’t as if Cuomo didn’t have an objective in taking on Trump. If he was just having at him, we could argue that it wasn’t worth it. But Cuomo needed help in testing that the federal government wasn’t providing and he needed help to buttress the state budget at a crucial time. He clearly had nothing to lose and everything to gain and I don’t know about you, but I’m damned proud of him.