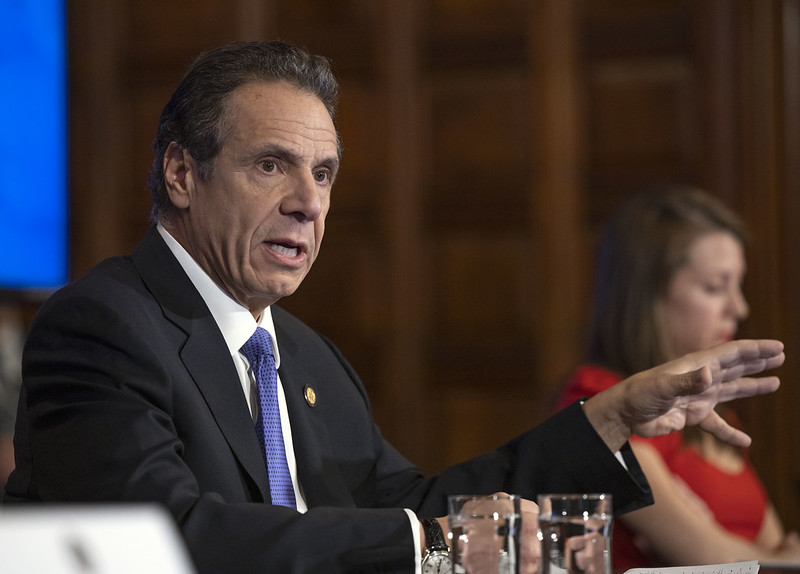 I recently had the opportunity to ask Andrew Cuomo whether he would like to be president or vice president. I wasn’t surprised by his answer.

I knew that he would tell me that he would not, for the same reason that a person would not say, “I’ll go to the prom if you ask me.” First, you gotta be asked, otherwise you look weak. Andrew is very, very popular now. His almost daily appearances and performance on nationwide television have made him the “go-to” Democrat, and when you put him up against the relatively lackluster Joe Biden, the presumptive nominee, he looks awfully good.

When I raise the question of a potential Cuomo run with others, I get two predictable responses. The first is that it’s too late for Andrew to come in since Biden has accumulated so many delegates. The second is that Biden can’t offer him the vice presidency since he has promised that his pick for vice president will be a woman. Frankly, I can see a way for Biden to give Cuomo a path to election as either president or vice president.

Here’s how it would work.

A lot will depend on whether Joe Biden, one of Andrew’s BFFs, believes that he really isn’t up to running or being president. When I watch him on television, I worry for the guy. He is relatively laconic and maybe it’s just in my head, but he doesn’t look that well. I am informed that back when he was behind in the Democratic polls, he said that he would only serve one term. That would make him an immediate lame duck and he knows it. So assuming that Biden doesn’t feel up to it, he could turn to his delegates and, on the second ballot, say, “I am relinquishing the nomination and I am requesting that all my delegates vote for Andrew Cuomo, who has shown himself to be a leader for this perilous time.”

That would not make Bernie Sanders’ people very happy, but after the first ballot at the convention, his delegates will be free to vote for the candidate of their choice. I think it has been sufficiently demonstrated that rank-and-file Democrats believe that Bernie is too radical for their tastes. They are voting for stability, not revolution. Being the man of the moment, Andrew would be the natural successor. Indeed, Andrew once told me that he and Biden had discussed the 2020 election and Andrew got out of the way for his friend Biden. That was fortuitous since Andrew would have just been one among many, but now things are very different. I can’t tell you how much mail I am getting telling me that people “love” Andrew and want him to run for president.

Then there is the question of the vice presidency. Joe Biden has said that he would nominate a woman for the office and there are many women who are holding him to that. But, of course, there are many women who love Andrew Cuomo. Biden could change his mind based on the exigency of the coronavirus situation. If Andrew had not been so forceful in his gubernatorial presentations, there’s no question that Biden would have to act on his promise, but this is a national emergency and things have changed dramatically. Biden could easily suggest that based on the current state of things, he has changed his mind.

None of this is to suggest that there aren’t some great women who would be excellent veeps, but these really are unprecedented times, plus Biden’s polls are not that great and he will need Andrew’s help.

The most important thing right now is to get Trump out of there. Cuomo is the man to do it.