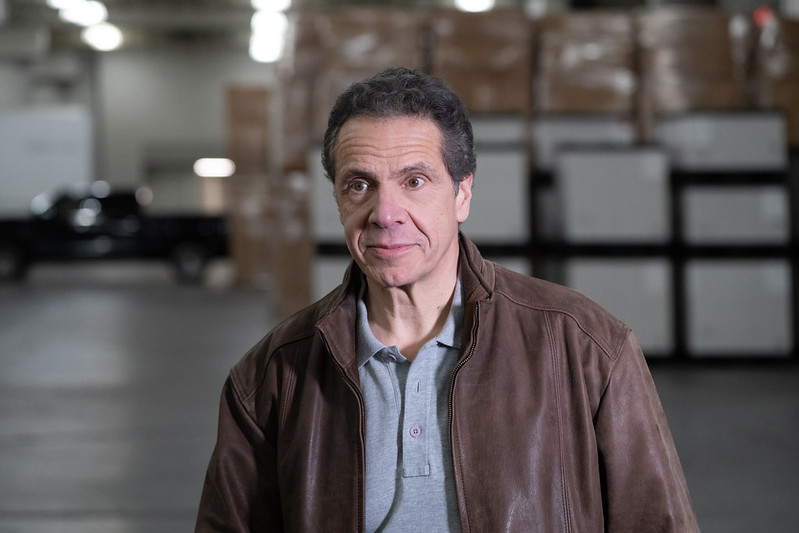 We received an interesting letter at WAMC pubic radio the other day. The very good letter writer, who is obviously feeling the same frustration that many other New Yorkers are experiencing, said that when it came to broadcasting Gov. Andrew Cuomo’s daily press conferences, usually around 11 in the morning, and also playing President Donald Trump’s press conferences at around noon, we ought to continue with Cuomo until he is done since he is so much more sensible than the president. The point, he wrote, was that Cuomo gets credit for presenting the facts while the president bloviates and offers a lot of misinformation and insults. Both men answer questions but Trump answers in such a way to infuriate many of us. Just take the recent question posed by a reporter who, in so many words, asked the president what kind of solace he could give all those people who were suffering through the present coronavirus emergency. The president, always at war with the press, said the question was “nasty.” Unbelievable.

It is clear that Cuomo is a study in contrast with Trump and he knows it. Unfortunately, New York is desperately in need of federal resources and we have certainly seen that Trump has not been shy about depriving New York, his former home, of things that it desperately needs. Cuomo has been on the phone with the president and is careful to put a good face on those conversations. He really has no choice; there is just too much at stake. Trump, however, has another game plan. He clearly believes that by attacking and taking nasty cracks at the governor, he excites his base. He sees that as the path to re-election. So how does Cuomo fight back?

He does it by doing such a good job in his press outings that the president looks pretty bad by comparison. Trump knows what Cuomo is doing and there is little he can do but take shots at the New York governor. It’s really traditional schoolyard bullying. He has the resources that Cuomo needs. On the other hand, Cuomo’s press conferences are so brilliant that there is nothing Trump can do unless you see his striking out at Cuomo as effective.

Our public radio station is committed to letting people hear for themselves what both men are saying. We do our best to fit in both press conferences in the midst of probably the worst pandemic this country has ever seen. My view is that the people served by our station are not stupid. They know what’s what. In a democracy, people have to hear it for themselves. Those who think that a public radio station should engage in censorship undermine the basic tenets of democracy. That word, from the Latin, means, “from the people.”

I had a very productive conversation with our letter writer, who admitted that he wrote out of a sense of frustration. After all, the president is the president, and whether we like what he says or not, he should be heard.

National Public Radio has been annoying us by cutting in incessantly and doing “analysis” of the president’s words and then cutting him off before he is through, apparently to assure the continuity of their other programs. I wrote them a letter and told them to cut it out. Usually, when I take them to task and send copies to the heads of all the other public stations, the silence is deafening. This time, an awful lot of other station managers publicly echoed my sentiments.

Look, I am no fan of this president. I truly believe he presents a clear and present danger to this democracy. But, hey, we have to do our jobs. We have to allow the people to hear and judge for themselves. If we do otherwise, we risk doing what Trump is always doing.