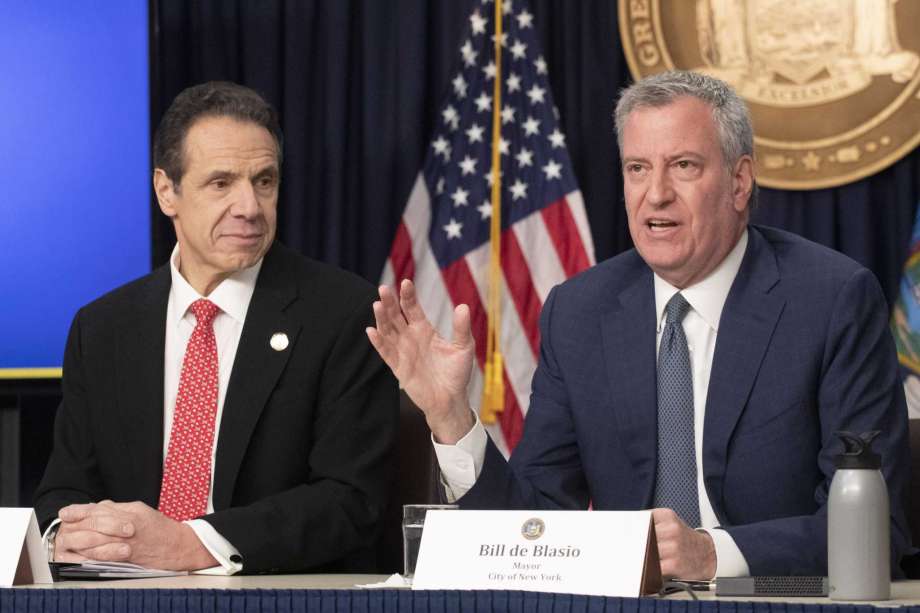 COVID-19, the new coronavirus, is upon us, as everyone knows. It is making for strange politics. In a recent discussion I had with Gov. Cuomo, I expected to hear the usual and appropriate anti-Trump critique, but I didn’t get it. That’s because Trump put his vice president, the usually non-loquacious Mike Pence, in charge of the U.S. response to the spreading virus. Trump’s rationale for appointing Pence was that the vice president was once a governor (Indiana) who is familiar with public health issues. As governor, he opposed the needle-sharing program meant to help curb the spread of AIDS. He finally came to the right decision, but not before “praying” over the matter.

Cuomo sounded quite conciliatory about his discussion with Pence. This is really not hard to understand. Trump certainly appears to hate New York. He has done everything in his power to punish the very blue state. Every time Cuomo turns around, Trump is doing something to mess with New York. It’s as if he’s saying to himself, “OK, They hate me, so I’ll throw them to my reactionary base and make an example out of them. That’s what happens when you mess with me.” He has made traveling to Canada much more difficult for New Yorkers and has put a cap on the deduction of state and local taxes that has infuriated Cuomo. Now the feds will be handing out what looks like billions of dollars to the states to fight the virus. Cuomo correctly wants New York’s share.

As a sometime folk aficionado, I remember the great Tom Paxton song “I Read It in the Daily News.” Cuomo made the headlines in last Saturday’s Daily News, which headlined, “Gov. Cuomo praises Pence, wants New York to test for coronavirus.” It’s always fun to try to get inside Cuomo’s head. In this case, he knows that Pence will be able, for example, to allow the state to use its Wadsworth Labs, among the best in the nation, to test for the virus instead of going through the Washington maze before we can get the results we need. Said Cuomo in our conversation: “Putting in the vice president was a recognition that this is a government-wide mobilization and that’s intelligent. And for this state, government preparedness means you have to have a plan for almost every contingency.”

The same day, New York City’s widely unpopular mayor, Bill de Blasio, blasted the Trump administration’s COVID-19 response as “malpractice.” Things haven’t been exactly cordial between the governor and the mayor, but my bet is that a black plume was coming out of the governor’s head when he read that. In this situation, Cuomo was absolutely right. There are times when you don’t want to risk losing millions in precious resources for the state, and de Blasio’s self-serving intemperance is a perfect example of that. De Blasio is a Bernie Sanders acolyte and is undoubtedly hoping to land a spot in his administration, while Cuomo is remaining relatively silent after almost endorsing Joe Biden. It seems to me that the malpractice in this case belongs to de Blasio.

This all proves that when something as dangerous as COVID-19 comes along, politics begin to resemble an octopus with tentacles reaching all over the place. It’s obvious to me that Trump understands that if he blows this one, he will be out. In fact, he keeps contradicting himself on the matter.

He is a man who does not like to share credit for anything good. He has been bragging about the stock market but now, with the crash in numbers, he is once again blaming the Democrats. This virus is happening on his watch. He well knows how serious this is, so he is willing to allow the governors to handle the mess. Cuomo seems to know that this is no time to fool with dynamite.

In this case, hats off to Cuomo.