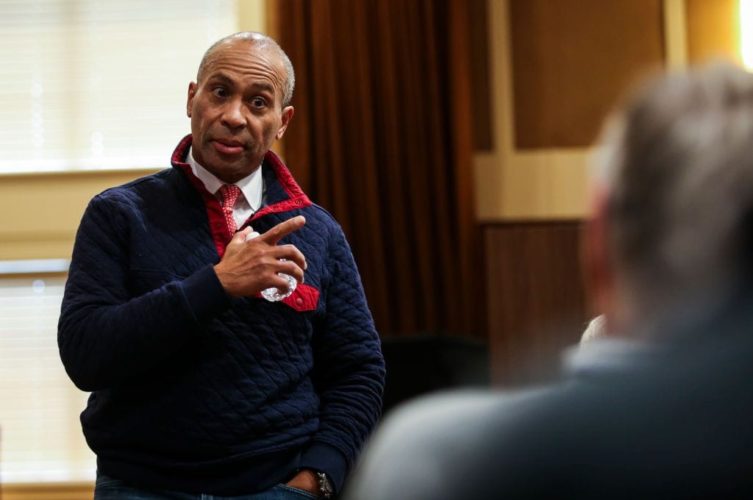 So who should the Democrats nominate for president? It’s complicated. Part of the problem is that there is a sort of depression amongst Democrats. Too many people are saying that Donald Trump will win another term. The more they say that, the more likely it is to become a self-fulfilling prophecy. No one in the current crop of Democratic hopefuls seems to be emerging as the Energizer Bunny.

Bernie Sanders, whom I have interviewed many, many times, is now looking like the leader. I would suggest that’s because if the Democratic voters believe that they are going to lose, they may as well lose with someone they love, even if he is a socialist who is a middle-of-the-night dream for Donald Trump. So if Bernie can’t win and if the up-to-now leader Joe Biden is fading, how can the Democrats win and kick Trump out of the White House?

There are two candidates who I think could win. Unfortunately, both of them waited too long to get into the race. Both are moderates who could get the purple, or independent, votes that are needed to win. Mike Bloomberg has the money, the energy and the expertise. As I write this, he has 1 percent in the polls. His problem is that he has switched parties. He was a Republican and is therefore distrusted (at best) by the Democratic voters. He has the money that it would take to win, but the Democratic voters aren’t crazy about the fact that he is a billionaire. It seems obvious to me that he could win the general election and throw Trump out, making him the ideal candidate. He is surrounded by the best experts that money can buy. He is spending multiple millions on excellent ads. I would vote for Bloomberg in a New York minute if he ends up being the nominee, but it just doesn’t look like that is going to happen.

So just what would I do if I were Mike? I guess I would throw caution to the wind and do the one thing that politicians have done forever when they are in a tight spot. If the current crop of excellent ads isn’t working, he should apologize in new ones. I would say that it’s time for an ad and maybe a major address that has him apologizing for anything that he has done in the past that has alienated potential voters. Maybe he shouldn’t have “bought” that third term as New York City mayor. His Republican period was a mistake. Maybe his tough criminal-justice stance that seemed to be focused on minorities seemed like the right thing at the time, but it isn’t now.

The second candidate who misplayed his cards is Deval Patrick, a man whom I really admire. He was an excellent and popular governor of Massachusetts. He is extraordinarily well spoken. He is as honest as the day is long. He is also of color and a friend of Barack Obama. His only chance to break out is if Obama were to endorse him, and it doesn’t look like that is going to happen. One of the reasons why Obama won was partially because the alienated Black vote came out and voted for him. If that coalition were recreated, it could bring a lot of nonvoters back into the mix just the way it did with Obama.

I like a lot of politicians, but the truth is that I love Deval Patrick. I love his allegiance to his wife, whom he has always been there for through thick and thin. I love how he ran Massachusetts, and he’d make a first-rate president. He just waited too long to get in to the race. People don’t know him the way I do and that’s too bad.