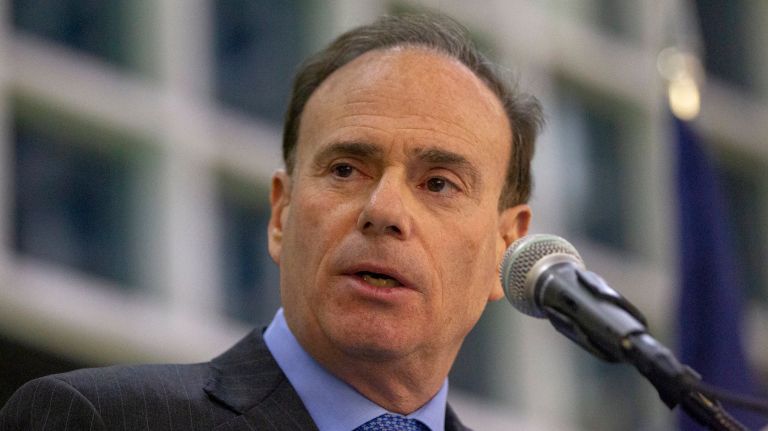 Are you kidding? We know that Jay Jacobs, the chair of the New York State Democratic Party, is calling for the elimination of cross endorsements. This means a candidate would not be permitted to run on more than one party line. He is also in favor of raising the number of votes a party must secure in order to get a place on the ballot. Under his plan, that number would rise from 50,000 votes to 250,000. Who would gain from all of this? Yes, that’s right, the man who put Jacobs in his spot, Andrew Cuomo. Cuomo told me not that long ago that he was running for a fourth term, the very same fourth term that was denied to his father, Mario. Everyone knows that Andrew is still ticked off at the Working Families Party for endorsing his opponent, Cynthia Nixon, in the last primary.

This is cheap, get-even politics and it makes a successful governor like Andrew Cuomo vulnerable to charges of out-of-control chutzpah. It’s chutzpah because he really doesn’t have to do it. I know him a little bit and — in the absence of his late, great father, whom I knew pretty well — I am going to give him some advice. These are old but wise adages: “Count to five before you open your mouth”; “Look before you leap”; and “Write it down and let it age in a drawer.”

Now Andrew is having to eschew the words of his well-trained stalking horse, Jacobs. Since most people have NO idea what any of this is about, Andrew and his people think they can get away with this stuff. However, every once in a while, someone blows the whistle and then Andrew has to eat his words. In this case, Cuomo now says that he is FOR allowing politicians to be endorsed and to run on more than one party line. He patiently explains to all of us that he was the beneficiary of such a policy and that he actually ran on both the Democratic and Working Families lines. Of course, if you had the gift of being a fly on the wall, you would have been able to see for yourself just how mad Andrew was at the Working Families people for having the nerve to endorse his primary opponent. Put another way, if Andrew is going to run for president at some point in the future, he is going to have to assure people that he will play it straight with them. His father used to speak to me about “post hoc ergo propter hoc” (after this therefore because of this) or “don’t make it up after you’ve put your foot in it.” We all know that he wanted to punish the Working Families party, but now that the cat is out of the bag, he is changing his tune. Right?

The last thing Andrew Cuomo wants is to be like Donald Trump. He needs to talk straight and only lie when he needs to. In the future, he will need the Working Families Party. Fourth terms are always hard to get and he will need every tool in his arsenal.

And speaking of Trump, Andrew distinguished himself when he tweeted “Good riddance” after Trump announced he was leaving New York to establish residence in Florida. Amen to that. However, and there is always a however, New York is a very heavily taxed state. Good people, Trump aside, are moving to Florida to avoid paying state and local taxes. Andrew has always known that if the Democrats took both houses of the state legislature (they have) they would be tempted to tax to the max. If he says “cut it out” to his tax-and-spend party, he’ll risk being seen as a conservative and just maybe get another primary opponent.