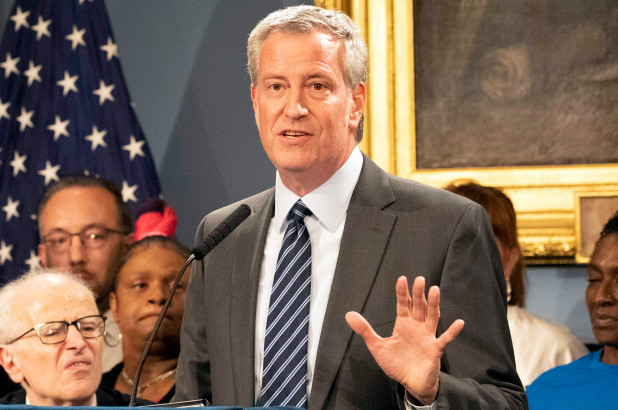 Many years ago, I worked at the Eagleton Institute of Politics, a part of Rutgers University. I had a valued co-worker there who, on many and various occasions, would yell out, “MISTAKE!” He was often right. He was also hysterical.

Unfortunately, it is not always clear at the time when you are making a mistake. It is possible that no matter what you do in a situation, you will turn out to have made a mistake. My eighth-grade math teacher at Joan of Arc Junior High School used to say to me, “Chartock, keep shut.” There really are times to keep your mouth shut but the little devil on your shoulder often tells you that in order to get some attention or to get ahead, you have to take chances. If you are too cautious, you can be consigned to the back of the room. Let’s, then, take a look at some recent mistakes politicians have made that have come back to bite them in the lower posterior.

New York City Mayor Bill De Blasio and U.S. Sen. Kirsten Gillibrand both decided to run for president. “MISTAKE!” In the case of de Blasio, I get it. He had run out of options. He was term limited. He thought his brand of progressivism would be rewarded and even if he didn’t grab the golden ring, he would keep his name out there and be a real player. Unfortunately for him, the opposite happened. He looked ineffective and worse, and whatever possibilities he had as a potential cabinet member in a Democratic presidential administration may have flown out the window. Ah, well, nothing ventured, nothing gained. 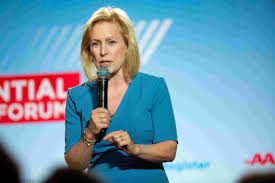 Gillibrand’s mistake, we know in retrospect, was that she thought she could achieve the highest office in the land by assuming the mantle of the chief “Me-Too-er.” She thought people would flock to her banner and make her president. She didn’t count on the fact that a lot of people held her responsible for kicking Al Franken, one of the most effective and popular Democratic senators in the United States, from his Minnesota perch. In the end, she looked foolish with her presidential aspirations, but fortunately for her, she had just won re-election to her senatorial post and people have short memories.

Andrew Cuomo takes a LOT of chances. Frankly, he’s looking better and better as the guy to take on Trump. His recent use of the N-word could have been a mistake and some think it was, but he used it in a context that will be very attractive to some voters, including a lot of Italians who agree with him about Italian-American discrimination. The work of the commission charged with public financing of elections, which he has a lot of influence on, could prove to be a mistake since he clearly inserted a poison pill that would make running on more than one party line a no-no. That would go a long way toward harming the Working Families Party. You will remember that they endorsed his primary opponent and Andrew never, ever, ever forgets when he thinks one of us has crossed him. That kind of thing can hurt you if people think it makes you look like the evil Trump. On the other hand, more and more people are saying that it might take a Trump-like figure to defeat Trump.

How about Mitch McConnell and Lindsey Graham? These two guys are making a series of mistakes that may really turn out to bite them you-know-where when and if Trump goes down in impeachment flames. Perhaps that’s why they are beginning to cover their bets from time to time, offering some limited criticism of Trump. It is possible that McConnell could actually lose his seat and that would really be something. If that happens, people across the United States, from coast to coast, would line up shoulder to shoulder and yell at the top of their voices, “MISTAKE!”