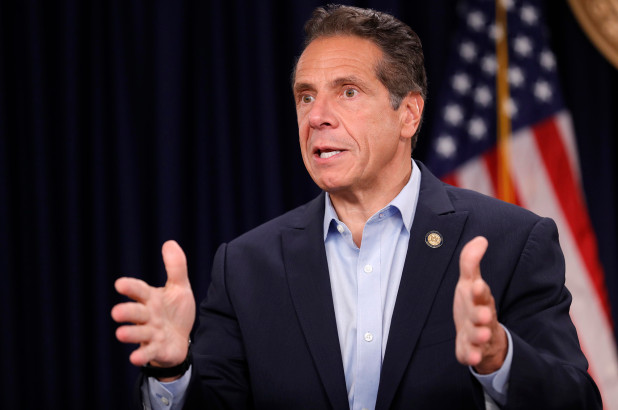 In the end, we all belong to social clubs, be they associations, religions or ethnic groups. Andrew Cuomo was talking to me on the air the other day and he did something we don’t do in polite society: He used the N-word — the whole N-word — and made headlines not only in New York, not only in the United States, but across the world.

Cuomo was very careful about the context in which he used the word. He made it clear that this was, indeed, the word that had been attached to the anti-Italian slurs that his father and grandfather had been subjected to. The N-word was used with a hyphen by the anti-Italian bigots, connecting it to the word “wop.” To put it mildly, Cuomo is really ticked off about the fact that prejudice against Italian-Americans remains to this day. Just as my forbearers, the Jews, have for centuries been subjected to scurrilous anti-Semitic key words, Cuomo made it clear that the anti-Italian slurs are just part of what goes on in this country. Anyway, his use of the full N-word made a lot of people wonder why he was using it. Some very prominent African-American politicians, not the least of whom was Assembly Speaker Carl Heastie, jumped to Cuomo’s defense. I’m sure that Cuomo won’t forget their support.

Of course, there were foolish people, like a couple of cable news folks, who neglected to put Cuomo’s use of the word in context — he was quoting from an article in the New York Times. What’s more, because I was in on the conversation, these fools said that I had the responsibility to interrupt and castigate the governor for his use of the word. Yeah, sure, I would have if he had used it the way they were implying he did. On the contrary, he was making a major point about prejudice, which absolutely needed to be made.

People will always ascribe motives to Cuomo that he certainly did not have. In a subsequent conversation, I asked him whether he did it to politically appeal to Italians to stick with him despite the fact that many Italian voters are Republicans. He properly dismissed that notion.

Nope — sitting at his father’s dinner table, Andrew got early lessons about the insidious anti-Italian prejudice that existed when Mario Cuomo, a brilliant graduating law student, could not get a job interview with a prominent law firm in New York. Maybe we all profited by the decisions of those white-glove law firms. Had he gotten a law job, he might not have gone into politics and served the state for so many years.

There was a time when universities had quotas about how many Jews they would admit. That kind of thing still exists, but it is much rarer than it once was. My uncle and aunt lived in New Rochelle, right next to a golf club where they weren’t permitted to play.

Any of us who has experienced prejudice of one sort or another will never forget how hurtful it is. But in the end, politicians know that they have to play the sociology of religion very carefully. We know that most campaigns have so-called “desks” that are there to make sure the major religious groups are included in campaigns. Mario Cuomo used to refer to a major Jewish figure as “my rabbi.” During his first campaign, it is no secret that he reached out to potential Italian voters with the message that it was high time that an Italian became governor.

The secret, of course, is to make that kind of appeal in such a way as no other religious groups take offense. Like it or not, that’s the way elections are won or lost in this country and state.