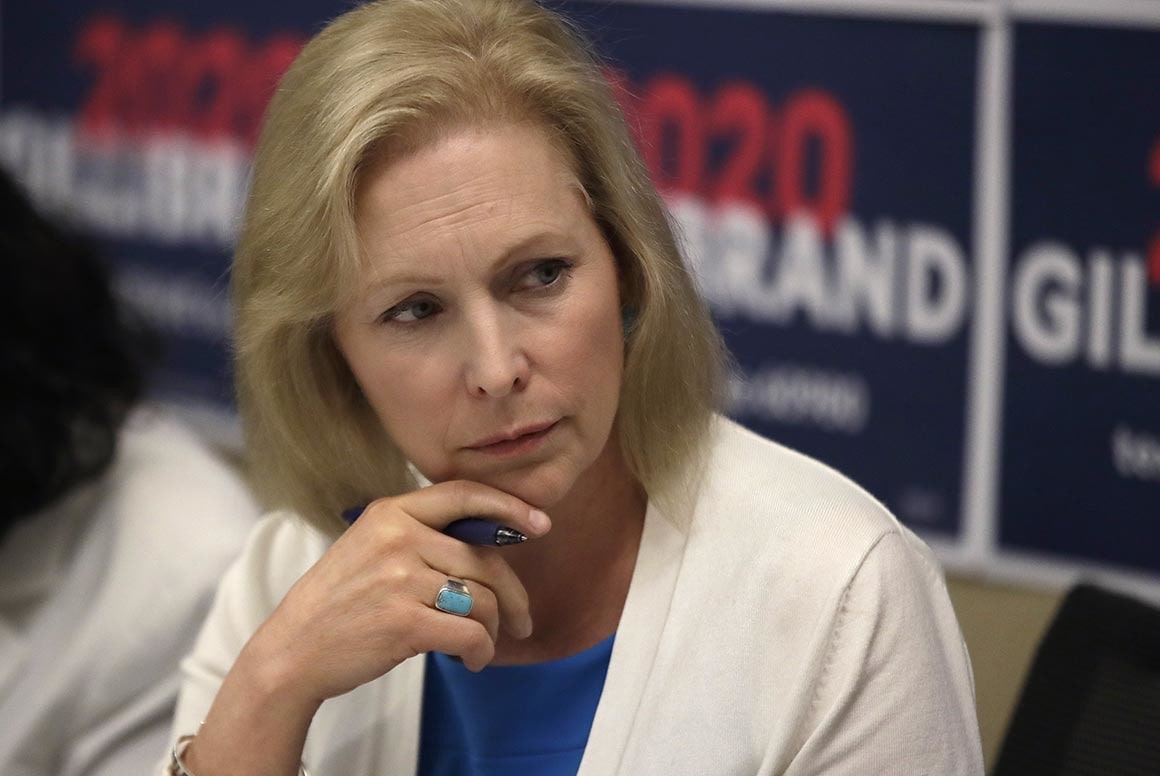 Well, Kirsten Gillibrand is out of the presidential race.

I never understood her running in the first place. I think that she may have believed that she would corner the “Me too” market and end up as the woman’s candidate. If that were her thinking, it sure didn’t work. In fact, it’s pretty clear that her role in ousting Al Franken, one of the most liberal and popular U.S. senators of all, did her far more harm than good. She has gotten more abuse about her role in Franken’s removal than anything else during her abortive presidential run. At first she doubled down on her role in the Franken affair, basically telling people that he deserved what he got. Later, as she continued her failed performance in the presidential sweepstakes, she came up with a new approach suggesting that Franken has a chance to redeem himself. What?

Gillibrand is the ultimate enigma. No one had any idea what she thought she might gain by seeking the presidential nomination. To understand her, let’s take a look at the past. First, she was an obscure upstate member of Congress playing a Blue Dog in the kennel. That’s right — she played a fairly conservative legislator but then lightning struck. She was appointed senator by short-term governor David Paterson, who was holding Andrew Cuomo’s seat warm until Cuomo Junior could take his rightful place in the governor’s mansion.

Why was she appointed? Well, here are a few ideas. Sen. Chuck Schumer sure wanted her in the job. The last thing he needed was a strong junior senator who might compete with him. She was a woman, something that was very important as New York state emerged from the dark ages. Also influential in the decision was one Alfonse D’Amato, who stood next to the newly appointed senator at the time and raved about her credentials. So, she got to be senator and was then reelected.

If you were lucky enough to become a United States senator, why in the world would you not believe that you could be president? So she announced a run. I asked a lot of people, including Andrew Cuomo, what he thought about her run and all I can say is that his lips were sealed — same with almost every other New York politician. Nobody wanted to tick her off or appear as an anti-feminist. Poor Kirsten couldn’t get to first base. She couldn’t even break the 2 percent mark that she needed to get into the latest debate. She was reduced to trying to legally entice potential supporters to give her a buck by offering them a much more valuable T-shirt than their dollar might have bought them on an open market. Who would want to walk around wearing a Gillibrand shirt? That would just demonstrate that you were misguided.

A spate of supporters and former staff members kept telling reporters that she really ought to get out of the race. At one point she gave us a hint about what was up, because she told someone that she might consider accepting a vice-presidential nod. That sure isn’t going to happen, either, since being a New Yorker will not be helpful in presidential politics. Maybe Kamala Harris can be VP, even though she is from California, because she has demonstrated how good she is in debate, something that Gillibrand is not. Maybe she figured that what worked for her getting her to be a senator would get her the nod from Biden, who might want a VP who would not be likely to upstage him or give him a hard time.

Anyway, the end was inevitable. Hey, she’s going to be Sen. Gillibrand for a long time. There are a lot of people who will not want to say anything bad about her, since senators can be highly influential.