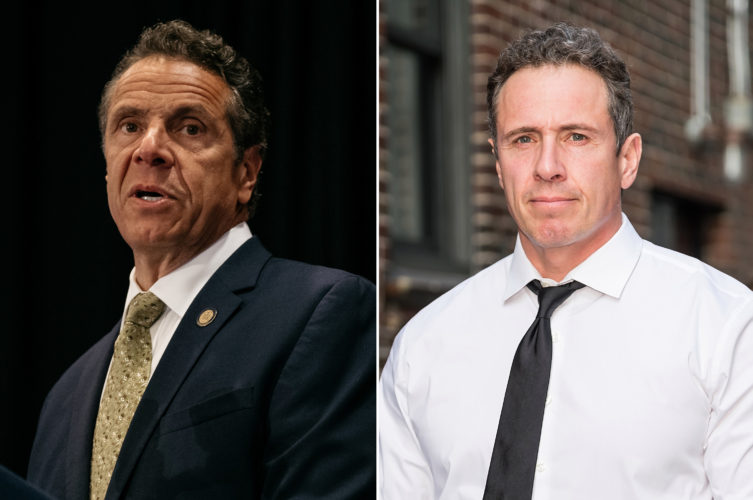 The biggest debate in state government (go figure) is whether the name Fredo is an Italian-American slur. It was news that went around the world: A provocateur (another word for troll) called Chris Cuomo a “Fredo” and Chris, who was with his wife and child, appropriately — maybe unwisely — let him have it. Frankly, Chris reminded me a lot of me. When you run radio stations and give your opinions, there is always some jerk — yes, I said jerk — who will try to maximize their own self-importance by getting you into a fight of some kind. Most of the time, we know enough to avoid these situations, but every once in a while, we really have to scratch the itch. And that, dear readers, is when you lose.

A couple of years back, I was writing columns that offended a guy in my area, who, at one point, jumped out of his car and came at me. He kept yelling, “Take the first shot.” No matter that the guy was in his 40s and I was in my 70s and he added to that by calling me an unprintable homophobic slur (not that it matters, but I am not gay). I understood what was going on so I put my hands in my pockets. In that case, I actually prevailed. Chris Cuomo, however, did not. His CNN network stood behind him as it should have and eventually he gave a bland apology, which, I suppose, he should have.

I have seen “The Godfather” so many times that I can virtually say the lines along with the actors. When Michael says to Fredo, “I know it was you,” I gleefully join in and have actually used that line against perceived enemies many times. I do maintain a “PITA file” on my computer so that when I get an email that is intended to provoke, that’s where it is filed. Being that this is a family newspaper, I will give you two of the words in PITA in case you haven’t guessed them yet, they are Pain and In. When I get one of these letters, I sometimes go to the file to see how many times the jerk has written. Some of my colleagues simply block the senders, and I guess I should, too.

In any case, I get how Chris Cuomo feels and I want him to know that I’m with him.

On another subject, Andrew Cuomo is being mentioned in at least one unsubstantiated article as a possible chief of staff if Joe Biden is elected to the presidency. It actually makes sense. If Biden retires after a term, that leaves Andrew in a position to take over. The chief of staff position is so powerful that in some cases, that person is running the country, especially if the president turns out to be older and weaker.

We do know that the two men are friends and have discussed the presidency. Such an arrangement might be perfect. It would assure people that there would be a strong personality in the White House and it would give Andrew a place to go, since I doubt that he wants to run for a fourth term as governor. Right now, he really has no such option.

We may be hearing about this now because some voters have expressed discomfort with Joe Biden’s lack of forcefulness. Like him or not, Cuomo has no such problem. On the other hand, it will not be Andrew Cuomo up there on the debate stage with Donald Trump.