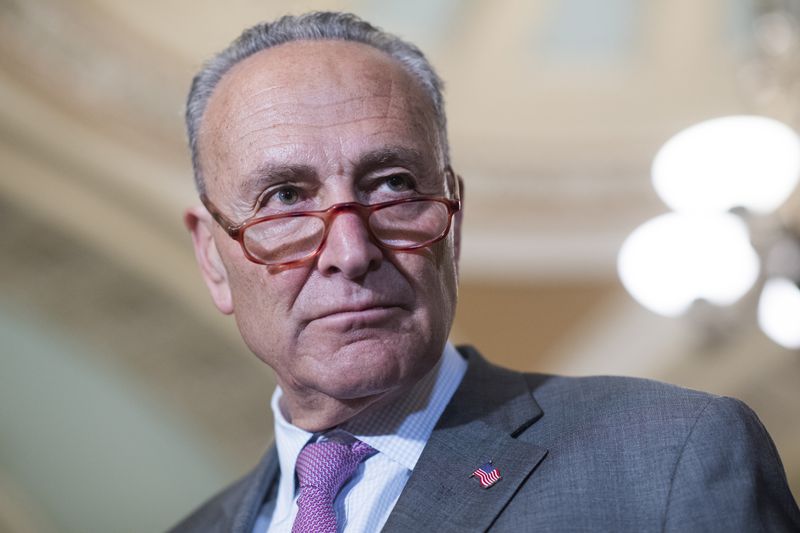 Alan Chartock: Trump may be re-elected as Democrats flounder

Let’s just consider what Donald Trump has done to and for New York. After all, he is a New Yorker and he embodies a lot of ugly stereotypes. He’s brash, arrogant, vain, pushy, a liar, a cheat, a misogynist and a racist. And it doesn’t stop there. He brings disgrace to all New Yorkers not only in this country but throughout the world. He is seen as a narcissist and a psychopath.

In a city that traces its history to immigrants from around the world, he symbolizes hatred of “the other.” He gives new meaning to the word “selfish.” More and more, he reminds me of Benito Mussolini in a state that has produced Franklin D. Roosevelt and his cousin Theodore. He has brought shame to his fellow state citizens. We all know that New Yorkers hate his guts to the point that he would never show his face here for the kind of Nuremberg rallies he has done in other places.

I am truly puzzled by those political New Yorkers who offer him support. I have always thought highly of Sen. Chuck Schumer. I still do, but I am concerned when Schumer offers support to Trump because, as spelled out above, Trump is a no-good-nick. He is leading us away from the democratic principles and balanced government enshrined in our Constitution. Because he is so dangerous, offering words of support for any of his initiatives, like his trade war with China, is just wrongheaded. Yes, China is a dictatorship. Yes, they have been eating our lunch for years. The problem is that by endorsing Trump’s foray into the trade war with China, the top Democrat in the United States is making this dangerous demagogue appear reasonable. That is irresponsible. Let someone else do it. What we need from Chuck is an in-your-face response to Trump’s perfidy.

I understand that there are reasons to deal with Trump. We just saw a budget deal reached with him but even there, as we face an election that may be the most crucial ever, we have to fight Trump as if our very democracy depends on it. I get the fact that Speaker Nancy Pelosi knows the danger of an impeachment move on Trump. As we all know, no matter how monstrous Trump is, the cowardly Republicans in the Senate will never vote to convict him and Trump will claim victory. The good people of this country have had enough. Democratic members of Congress know that the frustration level among their constituents is so great that even the moderates are forced to join the impeachment bandwagon.

Chuck and every other Democratic leader should know that, at this time in our history, it is incumbent on them to show real courage and guts. That’s what leadership is about. It is why Joe Biden’s campaign is in so much trouble and why Kamala Harris is so admired. Even House Judiciary Chair Jerry Nadler knew that his West Side liberal constituents might have voted for a primary opponent had he not come over to the pro-impeachment side. I sure would have liked to be the proverbial fly on the wall when he and Pelosi had their conversation.

Look, people want Trump to be impeached. Tom Steyer thought he had it made as he spent his considerable money threatening Congress into going the impeachment route. I suspect he thought he could ride that to the presidency. He jumped into the campaign but has hardly caught fire. All this goes to show that the American voter knows a thing or two.

Let’s face it, Trump may well be re-elected. The Democratic candidates are in the circular firing squad. They are selfish and self-serving. If Michelle Obama could be persuaded that it is her duty to run, this country might be saved.

— Gore Vidal
Read next: CONNECTIONS: A woman of means