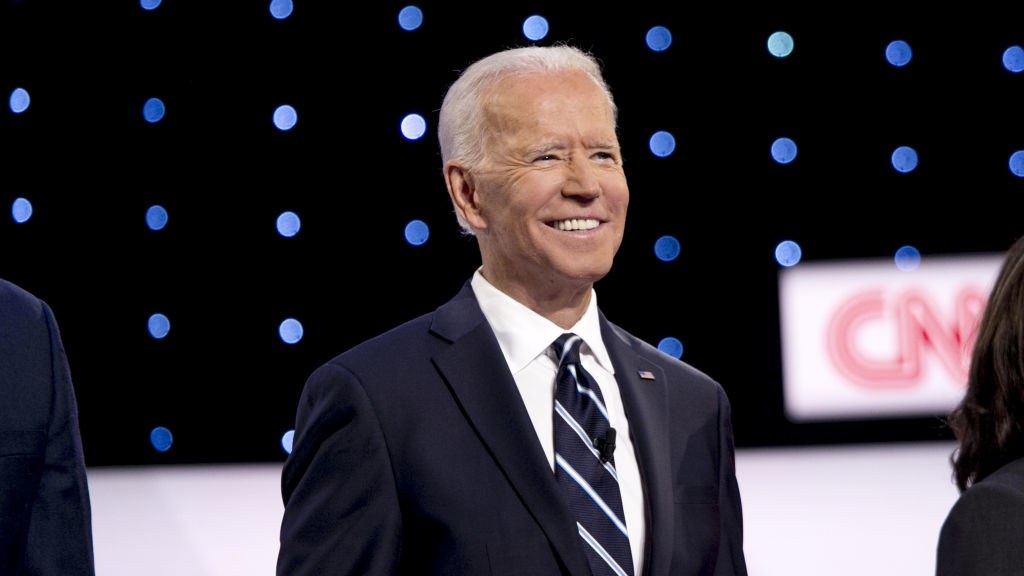 It appears to me that the only one who can beat Donald Trump is Joe Biden.

The former vice president and close friend of Barack Obama is well-positioned to beat the man who seems increasingly Mussolini-like in his approach to the presidency. This older, moderate man is a familiar figure and he can deliver the independent, middle-class votes for the Democrats. He is the right candidate. How do we know this? There is lots of evidence. The Democrats, largely in opposition to Trump, took the House of Representatives. It was a middle-class, middle-range reaction to the man many people think is so narcissistic that he falls into the insane class.

The recent polling shows that Biden alone can beat Trump. If the Democrats replicate the strategy that brought them the House, they can win. If they alienate the middle-class citizens of this country, they will lose. Unfortunately, so many people are so appropriately furious at the president that they have lost sight of what’s most important: beating the madman in the White House. If the Dems lose this election, it is possible that they will have lost any hopes of preserving what remains of this democratic republic. It is that serious.

Each of the other candidates has merits but each also has fatal electoral flaws. The problem is that so many of the other candidates are so invested in winning that they miss the great, selfless objective: beating Trump. They have fallen for his gambits at each turn. Trump wants to paint them as a band of crazy radicals or unfocused politicians. He uses the same tried-and-true techniques on a largely clueless and frightened middle class as the charismatic-yet-crazed dictators of the past. As unbelievable as it seems, he is winning. Let’s look at some of the opposition.

Cory Booker has a serious flaw. He is alternatively seen as either angry or, in trying to compensate for his angry image, too docile. He just can’t win. Elizabeth Warren is a brilliant and serious politician but her style seems off-putting to some. She is a potential vice presidential candidate because she is a thinker who offers solutions, but her leadership style and skills are lacking. Democrats love her but that is not enough of the voting population to matter. Kamala Harris has a lot of that missing charisma and I think she would make a fine candidate, but the public is finding something lacking in her as well. I hope that it isn’t plain old misogyny. Others, like Gillibrand and de Blasio, are jokes. Some are just invisible.

Whether Biden can get it together and fight back in debates and the campaign against Trump is anyone’s guess. Yes, Biden is old. So am I. Nonetheless, what this country needs is a stable, decent father figure: someone who inspires trust and hope; someone who has suffered the kind of personal tragedies so many Americans have experienced.

This country is facing civil rights challenges and economic challenges and, above all, climate challenges. You would have to be without senses not to know how dangerous our plight is. But these individual Democrats are so selfish that their vision of victory causes them to hang in there, despite the fact that their chances of success are about the same as winning the lottery. I have no idea whether they stay in because their mothers told them that they could win, but stay in they do.

According to the polls, there’s also a possibility that Bernie Sanders could prevail. I voted for him the last time, but just can’t get behind him this time.

In the end, this is a time to put country first, not self. We are on the path to chaos and insanity, and first things come first. This is just crazy.